With failure-to-rescue as a quality indicator, safety-net hospitals might be unfairly penalized for poorer clinical outcomes, say researchers. 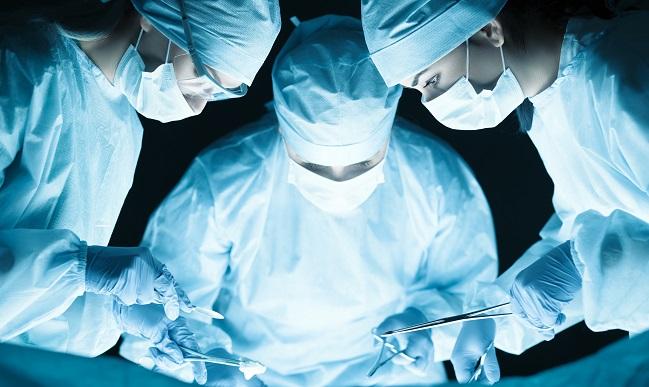 Hospitals that primarily provide care for Medicaid and uninsured patients are less likely to be able to save patients that suffer from severe complications during open abdominal aortic surgery compared with hospitals that treat fewer of these high-risk patients, according to a new retrospective analysis.

The investigation showed that the safety-net burden is linked with a rise in the failure-to-rescue (FTR) rate that often occurs following serious complications.

“The observation that increasing safety-net burden was associated with an increasing rate of FTR after open aortic surgery has significant healthcare policy implications,” said Eric B. Rosero, MD, MSc (University of Texas Southwestern Medical Center, Dallas), the study’s lead author, in a press release. “Although failure to rescue is an Agency for Healthcare Research and Quality [AHRQ] Patient Safety Indicator, safety-net burden is not currently considered in the risk adjustment for this indicator.  As such, calculations of FTR rates may be biased against hospitals that treat a disproportionate number of uninsured or Medicaid patients,” he added.

Prior studies have looked into “the association between FTR and safety-net burden after controlling for hospital volume and some patient variables in a variety of procedures,” Rosero et al explain. “However, aortic surgery was not studied, patient comorbidities were not included in the risk adjustment, and analyses were limited to large academic hospitals,” they write.

This study, published in the August 2017 issue of the Journal of Vascular Surgery, adds to previous knowledge by controlling variables specific to the patient and the hospital, while assessing the relative contributions of hospital volume and safety-net burden to FTR.

J. Gregory Modrall, MD (University of Texas Southwestern Medical Center), the study’s senior author, explained to TCTMD that while he isn’t well versed in the cardiology literature, he wouldn’t be surprised if their “high risk operations are plagued by similar problems of failure to rescue in certain types of practice environments such as safety-net hospitals.” So he would “encourage clinicians and researchers in the cardiology arena to look at that area and determine if this is indeed the case, so that we can begin to shine a light on these types of facilities and determine how we can help those facilities deliver better care.”

Taking a Closer Look at the Safety Nets

Rosero and colleagues used patient information from the Nationwide Inpatient Sample (NIS) of the Healthcare Cost and Utilization Project of the AHRQ. They focused on patients 18 years and older who had elective open abdominal aortic surgery in the United States between 2001 and 2011.

In total, 47,233 elective open abdominal aortic operations were performed at 1,777 hospitals during the course of the study. The overall incidence of postoperative complications, FTR, and in-hospital mortality in the cohort was 32.7%, 8.6%, and 3.2%, respectively.  After adjusting for demographics, comorbidities, and hospital characteristics, safety-net burden was significantly associated with increased likelihood of FTR (OR 1.59 for highest vs lowest quartiles of safety-net burden; 95% CI 1.32-1.91). On the other hand, after adjusting for safety-net burden, procedure-specific hospital volume was not significantly linked with FTR (P = 0.897).

For Modrall, it’s interesting that “the safety-net burden of patients that a given hospital has is an independent predictor of failure to rescue, [meaning] it’s independent of the complexity of the patient and the volume of the hospital.” He explained that medical professionals really need to look at those types of hospitals and figure out what’s different—the patients, the facilities, or the delivery of care—about them.

Amira Ghaferi, MD, MS (University of Michigan, Ann Arbor), who was not involved in the study, told TCTMD that MI is the leading complication following open aortic operations, with a “pretty remarkable” FTR rate of 21.5%. For cardiologists, especially those who are working in a safety-net hospital, “the early recognition of an appropriate treatment of an MI in those hospitals is going to be extremely important,” he said. Whether hospitals have the appropriate resources to treat MI is another key factor, he said, noting that early recognition and patient transfer is critical in hospitals that can’t provide appropriate care.

Regarding the results, Ghaferi sees a potential issue with the lack of association between hospital volume and FTR, telling TCTMD the analysis may have “adjusted away the difference.” Ghaferi said he would not conclude that hospital volume doesn’t matter with open aortic surgery.

“I think there’s a little bit more to that story,” he said.

According to Modrall, the hospital-volume finding highlights the importance accounting for all covariates in the same analysis. Previous studies have shown hospital volume was an independent predictor of FTR, “but when we control for all of the other variables in our current studies that particular variable was no longer significant,” he said.

The researchers recognize the study has some limitations, one of them being that the “NIS database contains no anatomic information or data on the severity of risk factors,” hindering the extent of risk adjustment. Additionally, the data set includes in-hospital rather than 30-day mortality, which could underestimate the true mortality rate.

2 years ago
Safety net hospitals have been constrained with resources and finances for a very long time. With more hospitals striving to achieve excellence in current value based and outcomes driven care models of delivery, the risk is increased with failure-to-rescue particularly for abdominal aortic aneurysm surgery. Thanks Ashley for this insightful article. Raj Dhameja, MD, MHA

No Safety Net: TAVR Can Be Done at Centers Without Surgical Backup, German Study Suggests