Experts caution the data are not definitive, but add there is still much to be learned about the risks and benefits of PCI for CAD prior to TAVR. 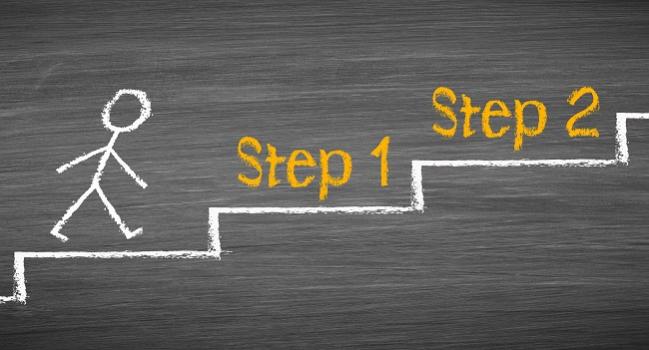 Coronary revascularization prior to transcatheter aortic valve replacement does not result in a reduction in “patient-important clinical outcomes,” including cardiovascular mortality, MI, acute kidney injury, and stroke, and it may actually result in some harm, according to the results of a new study.

The study is the latest to tackle a question that has remained unresolved—and confusing—for interventionalists, particularly since the pivotal trials for TAVR excluded patients with significant unrevascularized coronary disease.

In a meta-analysis published June 27, 2017, in the Journal of the American Heart Association, revascularization prior to TAVR was associated with a significantly increased risk of vascular complications and an increased risk of all-cause mortality at 30 days.

Even though the meta-analysis does not support tackling stable CAD lesions by default, investigators say the heart team’s decision to proceed with elective revascularization should be balanced against the potential risks.

Speaking with TCTMD, senior investigator Rodrigo Bagur, MD (Western University, London, Canada, and Keele University, Newcastle, England), said the prevalence of significant CAD in patients undergoing TAVR ranges from 50% to 75%, which is higher than in patients treated surgically, most likely due to the age of patients undergoing TAVR. Most of the data regarding the need for revascularization prior to TAVR have been extrapolated from the surgical arena where the guidelines support CABG surgery for significant CAD at the time patients undergo surgical valve replacement.

“This doesn’t necessarily mean we need to apply the same strategy for TAVR,” said Bagur.

Jean-Michel Paradis (Quebec Heart and Lung Institute, Canada), who was not involved in the study, told TCTMD that many questions about the management of CAD in the context of aortic stenosis remain unanswered, not the least of which is the optimal timing of PCI relative to the TAVR procedure.

“The importance of the heart team in making decisions on individual patients must not be underestimated,” said Paradis. “The appropriate management of concomitant CAD will be increasingly important to optimize outcomes given the continued expansion of the TAVR population to include younger and lower-risk individuals.”

ACC Provides Some Guidance on PCI Before TAVR

In December 2016, the American College of Cardiology (ACC) published a consensus statement to provide some direction for practicing physicians, recommending PCI in all patients with significant proximal stenoses in major coronary arteries prior to TAVR. The ACC stated that only stenoses > 70% in proximal epicardial arteries should be targeted for intervention.

To date, however, there are no randomized trial data showing an advantage for performing PCI prior to TAVR in patients with CAD, although single-center studies have reported favorable outcomes. However, many of these studies were underpowered for clinical endpoints. The randomized trials that led to the approval of the TAVR devices in the United States excluded patients undergoing a percutaneous coronary or peripheral intervention within 30 days of the procedure (or 6 months if the patient was treated with DES).

“Revascularization in the context of stable CAD has never been associated with improved mortality in a randomized trial so the way we approach these patients in current practice is to try tackle those severe lesions affecting main epicardial vessels, such as tight left main, LAD, circumflex, or right coronary artery (RCA),” Bagur told TCTMD. “We’re not going to go after a marginal branch.”

The study included a systematic review of 24 published papers involving 7,128 subjects and a meta-analysis of 9 studies involving 3,858 patients. Regarding the timing of PCI, there was a wide range across studies, with some centers performing PCI as much as 6 months before valve replacement while others performed PCI and TAVR as concomitant procedures. The prevalence of coexisting CAD in patients scheduled for TAVR ranged from 51% to 100% in the studies.

Patients who underwent revascularization prior to or at the time of TAVR were more likely to develop major vascular complications (OR 1.86; P = 0.003) and had a higher risk of death at 30 days (OR 1.42; P = 0.01) than patients whose CAD was not treated. However, when investigators performed a sensitivity analysis and excluded a large study with nearly 2,400 subjects that identified the presence of CAD with ICD-9 codes alone (rather than by angiogram), the findings were no longer statistically significant.

Regarding cardiovascular mortality, major or life-threatening bleeding, acute kidney injury and/or need for hemodialysis, and stroke or transient ischemic attack, there was no significant difference between patients who underwent revascularization prior to/at the time of TAVR and those who did not.

The timing of PCI did not make a difference to the findings, say investigators.

At their institution, Paradis said PCI is typically staged anywhere from a few days to a few weeks prior to TAVR. Regarding the present study, he pointed to some of the limitations of the data, noting the meta-analysis included numerous studies with relatively small sample sizes and might be subject to selection bias. He added that the treatment algorithm for deciding on revascularization prior to TAVR was likely quite different in each study and that definitions of CAD also varied.

“Moreover, at the beginning of the TAVR experience, operators were much more aggressive with coronary revascularization prior to TAVR,” said Paradis. “Nowadays, we have become more conservative about the treatment of CAD in the setting of TAVR.”

Regarding the higher rate of vascular complications, Paradis noted it might be the play of chance or it might be the result of risks associated with prior vascular access in patients who underwent PCI before TAVR. A higher risk of bleeding might have been expected, although this wasn’t observed, in PCI-treated patients undergoing TAVR because of the presence dual antiplatelet therapy.

In the future, a functional assessment of lesion severity in the setting of aortic stenosis might be useful when determining which lesions require revascularization, said Paradis.

In interpreting the results, Bagur also took a cautious approach, pointing out this study is based on pooled observational data and saying no firm conclusions can be drawn. These data, he said, only suggest that PCI prior to TAVR may be associated with increased risks and limited patient-important clinical outcomes. He added that physicians are eagerly awaiting the results of the ACTIVATION study, but also cautioning about its noninferiority design.

In ACTIVATION, TAVR-eligible patients with significant CAD (> 70% stenosis in LAD, circumflex, or RCA or > 50% stenosis in left main or saphenous vein grafts) are randomized to PCI or no PCI prior to the procedure. For those undergoing PCI, the TAVR takes place anywhere from 30 days to 6 weeks after revascularization. The primary outcome is all-cause mortality and rehospitalization at 12 months.

Like Paradis, Bagur noted that TAVR is no longer just being performed in patients ineligible for surgery or those at high risk for surgical valve replacement. With TAVR expanding to lower-risk patients, a younger population with less comorbidities, there is a greater likelihood these patients may develop symptoms from CAD lesions that are currently not causing any problems.

“Perhaps, getting access with a TAVR device to the coronary ostia might be a concern with certain devices and therefore the heart team may decide it’s wise, even though the patient is asymptomatic from the CAD standpoint, to undergo revascularization prior to TAVR.”

TAVR With or Without PCI Strategy

To Intervene or Not to Intervene When the TAVR Patient Has CAD: New Insights