Morphine Not Linked to Increased Short-term Mortality in STEMI: Meta-analysis

The findings do not resolve the debate on what effect morphine may have on hampering antiplatelet therapy. 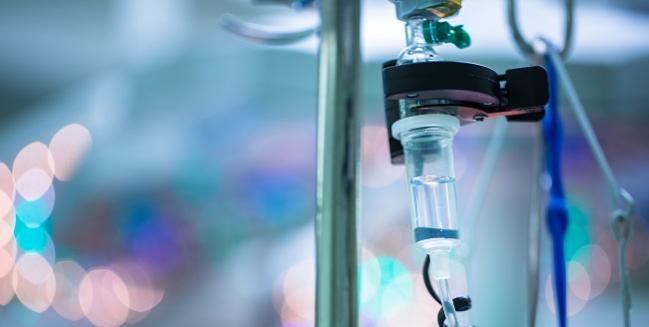 “The most important take-away message from our study is that despite good pharmacologic data to suggest that morphine administration negatively impacts area- under- the- curve and time to maximal concentration of co-administered antiplatelet agents, this is yet to be convincingly demonstrated to impact clinical outcomes such as re-infarction, increased stent thrombosis, or death,” said Riley Batchelor, MBBS (Alfred Health, Melbourne, Australia), in an email. “Pooling all the evidence available (of which there is a paucity), we are unable to demonstrate evidence of harm with routine morphine use.”

The paper was published online October 26, 2019, ahead of print in Catheterization and Cardiovascular Interventions.

Jason H. Wasfy, MD (Massachusetts General Hospital/Harvard Medical School, Boston, MA), who was not involved in the meta-analysis, noted that there is a surprising dearth of scientific evidence to support the long-standing practice of using morphine in the STEMI population as part of the MONA—Morphine, Oxygen, Nitroglycerine, Aspirin—treatment plan.

“It's just very difficult to know how efficacious it really is,” he said. “We all use it sometimes, but it  never has been measured in a randomized controlled trial with hard clinical endpoints.”

Data from the CRUSADE registry raised concerns over a decade ago that morphine might lead to increased mortality and MACE in NSTEMI patients. More recently, the IMPRESSION trial found that morphine use in STEMI patients doubled the time from the loading dose to maximal concentration of ticagrelor and led to significant reductions in ticagrelor maximal concentration, total exposure, and total exposure to its active metabolite. One theory is that morphine may delay gastric transit and slows absorption of the antiplatelet.

Wasfy, who co-authored one of the included studies, said while the meta-analysis was successful at increasing the statistical power of the individual reports, the wide confidence intervals leave open much room for continued debate about the value of morphine in this clinical situation.

According to Batchelor, the width of the confidence interval reflects the difficulty in predicting the utility of morphine with certainty, as well as the limited body of evidence available.

“On these grounds, we suggest that there is no ‘hard evidence’ to support the discontinuation of morphine in patients with MI experiencing significant chest discomfort,” he added. “However, we are hoping for more evidence in the coming years to definitively support or discourage its ongoing use.”

Interactions With P2Y12 Remain a Concern

The studies in the meta-analysis included a group of patients on ticagrelor (n = 2,239) and smaller groups of patients on clopidogrel (n = 1,256) or prasugrel (n = 253). Individual pooling of the ticagrelor and clopidogrel patients showed no statistical significance for the impact of morphine on the endpoint of in-hospital or 30-day MI.

However, Batchelor and colleagues say only well-designed, adequately powered RCTs will be able to “establish the effect of morphine analgesia and contemporary P2Y12 inhibitors on clinical outcomes in STEMI.”

To TCTMD, Wasfy concurred that the potential interaction remains unclear. “This work is interesting, but it doesn't resolve the concern, because the effect that they're seeing in the IMPRESSION trial is a pharmacological effect and might ultimately be translating into worse clinical outcomes, especially if you were able to evaluate more patients in a randomized trial,” he noted.

The investigators say there also are reasons that might explain poor clinical outcomes in ACS patients given morphine that are independent of a pharmacologic effect on P2Y12 inhibitors. These include selection bias, which “might account for why some patients experiencing more severe pain due to more significant underlying myocardial damage were more likely to be treated with morphine.” A second explanation could be that morphine “might mask ongoing or redevelopment of pain and, therefore, delay myocardial reperfusion,” they add.

Cardioversion Without Anticoagulation Appears Safe in Patients With Watchman