Mortality After Acute MI Halved Over Two Decades in Switzerland, With Greatest Gains by Women

Increased awareness, as well as improved access to PCI, antiplatelet agents, and statins, has translated into survival gains for women, say experts. 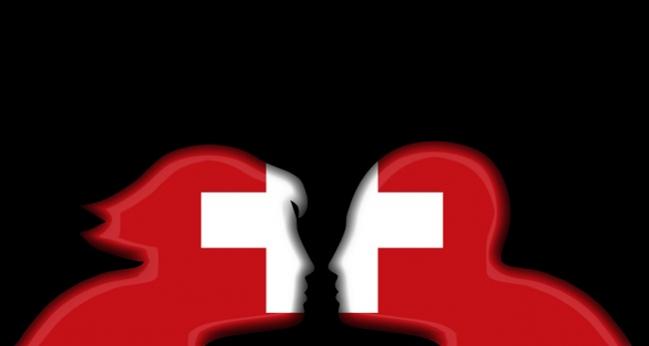 BARCELONA, Spain—The last two decades have seen in-hospital deaths from acute MI cut in half in Switzerland, and while the improvement was observed in both men and women, the reduction in in-hospital mortality was more pronounced in women, according to the results of a new study.

Presented here today at the European Society of Cardiology Congress 2017, the analysis included 51,725 men and women enrolled in the Swiss Acute Myocardial Infarction Registry (AMIS) between 1997 and 2016.

“Women when they suffer an acute attack tend to be older, have a higher burden of risk factors such as hypertension, and have more comorbidities,” said study presenter Dragana Radovanovic, MD (University of Zurich, Switzerland). “We also know that women are less likely receive evidence-based therapies and have higher mortality compared with men.”

Speaking during a press conference, Radovanovic said mortality rates following MI have declined significantly in the last 20 years, although whether the gap had closed between men and women in Switzerland was unknown. Of the patients included in AMIS, approximately 60% presented with a STEMI and 40% with NSTEMI. Nearly three-quarters of patients were men, with women significantly older than men in both the STEMI and NSTEMI groups.

During this time period, Radovanovic noted, there was a significant uptake in the use of PCI, antiplatelet agents, and statins among men and women. These data suggest that physicians today are treating female patients better, specifically younger female patients.

Sarah Clarke, MD (Papworth Hospital, London, England), the president of the British Cardiovascular Society, said MI was largely seen as a disease for men but that there have been more and more educational campaigns alerting women, specifically younger women, about the risks, symptoms, and importance of early treatment. In addition, professional societies have recognized the importance of treating women as aggressively as men.

“With the guidelines, it means professionals have taken onboard the importance of paying attention to women who present to the emergency room and not just think it’s gastritis,” Clarke told TCTMD. “We take it seriously and get them treated. And because we’ve done that, it’s reduced mortality. Women are more educated to bring themselves forward and professionals are much more onto it.”

Mary Norine Walsh, MD (St. Vincent Medical Group, Indianapolis, IN), president of the American College of Cardiology, made similar comments to TCTMD. She noted that women are typically older, sicker, and more symptomatic than men at the time of the infarction. If evidence-based therapy was extended more frequently to women during the past two decades, this could account for some of the improvement in mortality.

“There’s probably two things happening,” said Walsh. “With public awareness campaigns, they’re getting into the hospital earlier or they’ve recognized symptoms earlier and were less sick when they got there. The second thing is that physicians and nurses caring for patients over this time period delivered more aggressive care.”

Historically, there has been some reluctance to use aggressive therapies in older people, including women, and particularly in older women, she said. The data suggest that increased awareness has come to clinicians, too, with treatments such as high-intensity statins, PCI, and antiplatelet therapy, now being equally delivered to men and women, said Walsh.

Sex Disparities in MI Care Are Narrowing, but There’s Still a Long Way to Go