While the results are “intuitive,” experts say the data will help clinicians risk stratify their patients in terms of DAPT intensity and duration. 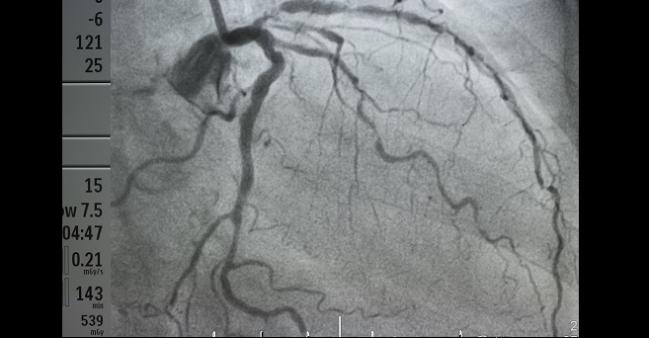 The presence of multivessel disease should prompt clinicians to consider longer-term ticagrelor in their post-MI patients, a new subanalysis of the PEGASUS-TIMI 54 trial suggests.

While that observation may be “intuitive,” study author Marc Bonaca, MD, MPH (Brigham and Women’s Hospital, Boston, MA), acknowledged, understanding the magnitude of risk is important. Indeed, he told TCTMD, “it was interesting to characterize how high” the risk for patients with multivessel disease actually was.

“We know that atherosclerosis is a systemic disease, and one important observation from this paper is that patients with multivessel disease, even if they've been stented, are still at very high risk,” Bonaca continued. “Most clinicians know that [but] just simply knowing when a patient has their MI if they've had multivessel disease can be an important in terms of determining the optimal intensity and duration of [dual antiplatelet therapy (DAPT)].”

The original PEGASUS-TIMI 54 trial demonstrated that in patients who are stable 1 year post-MI, adding ticagrelor (Brilinta; AstraZeneca) to aspirin reduces their 3-year risk of cardiovascular death, MI, or stroke. That benefit was seen at the expense of more major bleeding.

For this prespecified analysis of the trial, published in the February 6, 2018, issue of the Journal of the American College of Cardiology, Bonaca along with Sameer Bansilal, MD, MS (Icahn School of Medicine at Mount Sinai, New York), and colleagues found that risk of ischemic events was significantly higher among patients with multivessel disease (59.4% of the cohort) than among those without. For the composite primary endpoint of MACE (cardiovascular death, MI, and stroke) that difference was 9.37% versus 8.57% (adjusted HR 1.24; 95% CI 1.03-1.50) and for coronary events it was 7.67% versus 5.34% (adjusted HR 1.49; 95% CI 1.19-1.87).

Commenting on the study for TCTMD, Sorin Brener, MD (NewYork-Presbyterian Brooklyn Methodist Hospital), took issue with the fact that the data do not clearly delineate what exactly is meant by having multivessel disease. “All they tell you is that this patient had at some point multivessel disease, but we don't know if over the period of 3 years they had undergone revascularization or not, [or if] they were reduced to single-vessel disease or no-vessel disease, . . . so I think that's a limitation,” he told TCTMD.

In an editorial accompanying the study, Michael Lee, MD, and Michael Tanoue, MD (University of California-Los Angeles), write that “taken together, the PEGASUS-TIMI 54 subset analyses give validation to existing data supporting improved outcomes with higher intensity and longer duration of antiplatelet therapy with ticagrelor in certain high-risk patient cohorts. Specifically, the data support that the presence of [multivessel disease] may be an indication to pursue extended DAPT with ticagrelor for up to 3 years in the absence of limiting adverse effects.”

Moving forward, Bonaca said that he’d like to see further development of risk scores “to help clinicians identify which patients will benefit from long-term treatment and which patients are more likely to be harmed.” Other research should focus on risk stratification through biomarkers as well, he added.