After more than 100 infections, some fatal, investigators traced the source of contamination to a single heater-cooler production line. 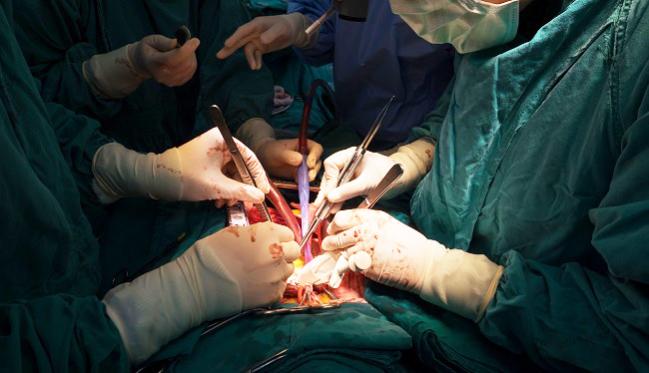 Researchers using the latest genomic epidemiology methods have confirmed that a world-wide outbreak of infectious disease in cardiac surgery patients stemmed from a single strain of bacteria at a facility that manufactured heater-cooler units used during their procedures. The study, out this week in the Lancet Infectious Diseases, is the most comprehensive breakdown to date of the unusual case that affected over 100 patients from many different countries, leading to death in some.

“Our study closes the missing gap and provides evidence that the international healthcare-related M. chimaera outbreak can most likely be attributed to a point source,” write researchers led by Jakko van Ingen, PhD (Radboud University Medical Center, Nijmegen, the Netherlands).

The story began in 2013 when multinational reports began to surface of severe, often fatal Mycobacterium chimaera (M. chimaera) prosthetic valve endocarditis and disseminated disease among patients who had undergone recent cardiothoracic surgery. In August 2014, testing conducted by LivaNova, a Germany-based manufacturer of heater-cooler devices reported that they had found M. chimaera contamination on their production line and in the water supply at the facility that manufactured their Stӧckert 3T Heater-Cooler System. A theory emerged that the contaminated water, once aerosolized, must be the source of the bacterial infections being reported worldwide.

LivaNova reported that they added cleaning and disinfection procedures to the production line in September 2014, and that samples taken at the same manufacturing facility in June 2015 did not show M. chimaera on the production line. In Europe and the United States, safety communications were issued warning healthcare workers about the potential for contamination and urging that units produced before September 2014 and shipped worldwide no longer be used.

Since then, multiple papers have been published looking at isolates from groups of affected patients and hospitals in an attempt to put the whole picture together, which the latest report does by looking at the broadest swath to date of these isolates, said Jennifer L. Gardy, PhD (University of British Columbia, Vancouver, Canada), who wrote an editorial accompanying the paper.

In an interview with TCTMD, Gardy said the next-generation whole genome sequencing used by van Ingen and colleagues is superior to older “fingerprinting” methods that have essentially only provided investigators with a low resolution view of a portion of a genome.

“Now that we’ve got the ability through next-generation sequencing technology to quickly and affordably look at the entire genome, we get a much higher resolution picture of an outbreak with some of the more subtle aspects that we would have missed using these more traditional fingerprinting techniques,” she said. “We can now trace individual transmission event exposures to a degree that just hasn’t really been possible before.”

M. chimaera is a non-tuberculosis mycobacterium. Infections caused by it can be difficult to detect because patients may not develop symptoms for months or even years after exposure. Isolated reports have suggested that cardiac surgery patients linked to the heater-cooler outbreak did not show symptoms for an average of 1.5 to 3 years.

van Ingen and colleagues examined M. chimaera isolates from 21 cardiac surgery patients treated in Switzerland, Germany, the Netherlands, and the United Kingdom, as well as datasets of isolates from patients and LivaNova devices in the United States and Australia. The isolate samples also included some from another German heater-cooler manufacturer, Maquet (Rastatt, Germany). van Ingen and colleagues also went a step further by examining other water-containing medical devices, tap water, and drinking water dispensers from the same hospitals where patients were treated, and included isolates from patients who were diagnosed with M. chimaera infections, but who had not undergone surgical procedures.

The whole-genome sequencing showed that the 21 isolates from the cardiothoracic surgery patients were all related, belonging to a single unique strain that could be traced back to the one identified by LivaNova. Additionally, comparison with datasets from 11 cardiac surgery patients in the US and one in Australia were linked to the same strain, demonstrating even broader penetration of the single-source outbreak than had been previously known. Strains from heater-cooler devices from Maquet were not the same as those from the LivaNova cluster.

Interestingly, the researchers also were able to determine that a single cardiac surgery patient apart from the outbreak cluster appeared to have been exposed to M. chimaera through a local contamination of water in a heater-cooler, meaning water from an unknown and likely nonsterile source was used in the device. The study authors say this additional finding should serve as a warning for hospital staff to limit the use of uncontrolled water sources in the operating room and elsewhere.

To TCTMD, Gardy said heater-cooler units provide ideal conditions for the bacteria to grow. “The non-tuberculosis mycobacteriums are basically environmental organisms that like the water, and can be found in damp soil,” she observed. “What’s interesting is we’ve always assumed that mycobacterium infections . . . are independent acquisitions from the environment. It’s rare to see a big outbreak like this linked to a point source.”

Gardy said while the tuberculosis-causing variety of mycobacterium tends to garner more attention than the non-tuberculosis ones, the latter are increasing in incidence around the world and “are a real problem for human health, and . . . are a very interesting, emerging class of pathogens.”

The US Food and Drug Administration has said that it is continuing to evaluate the causes and risk factors for transmission of microbial agents associated with heater-cooler devices and is collaborating with professional societies, public health partners, and experts to develop strategies to minimize patient exposure. The agency does not recommend that hospitals conduct their own M. chimaera testing on heater-cooler devices due to the technical challenges of doing so and the high rate of false negative results.

At the request of TCTMD, LivaNova forwarded a statement of response to the Lancet Infectious Diseases paper, stating their concern that it expresses a level of certainty about a point source tie to the manufacturing process that they contend is not warranted by the data.

“Our concern focuses on potential limiting factors such as the retrospective nature of outbreak investigations, the inability to link particular heater-cooler devices to individual patients and the very small number of samples taken from heater-cooler devices made by other manufacturers,” the statement reads. “Other important factors affecting the analysis include the extensive presence of M. chimaera in hospital water, the timing of sampling of devices and hospital water sources, and the potential that clustering of cases in certain hospitals could relate to the age or condition of machines in use, among other potential factors.”

LivaNova also contends that the data in the new study “do not establish, or even suggest, that all 3T Heater-Coolers manufactured during any particular time frame were contaminated with M. chimaera, including the period before manufacturing line changes were implemented in September 2014. This lack of universal contamination is supported by the significant percentage of machines that have tested negative for M. chimaera.”

The company says it is continuing to work closely with regulatory agencies around the world and has developed a three-part device remediation plan that includes free deep disinfection for devices with confirmed M. chimaera contamination, and a design modification that will add internal sealing and vacuum systems to existing devices.

Graft Infection After TEVAR or EVAR a Rare But Serious Complication