Another class I recall is affecting certain Maquet/Datascope pumps—this time for possible failure at high altitudes. 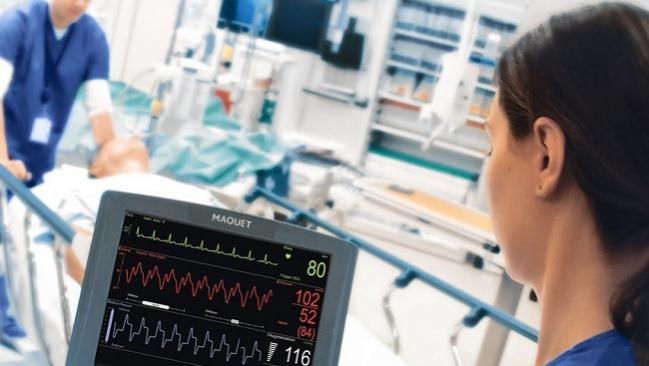 Adding to prior recalls initiated over the past few years, two new potential problems have been identified for certain Maquet/Datascope intra-aortic balloon pumps (IABPs) made by Getinge, the US Food and Drug Administration (FDA) announced Thursday.

Getinge sent an Urgent Device Correction letter on September 24, alerting its customers to the possibility of failure of its Cardiosave Hybrid and Cardiosave Rescue IABPs when used at altitudes above 3,200 feet. The FDA has now deemed the action a class I recall, the most serious type.

In its letter, the company instructed users to follow operating altitudes detailed for certain intra-aortic balloons or to use another one of its IABPs—Cardiosave CS100 or CS300—not affected by the issue. A software fix is in development and will be installed at no cost when it becomes available.

The FDA also published a letter to healthcare professionals announcing that it is looking into reports of Getinge’s IABPs shutting down while running on battery power. More than 75 reports have come in since 2017, and five of them described three patient deaths. The agency noted, however, that the deaths cannot be definitively tied to the issue.

“At this time, the root cause or incidence rate of these IABP devices shutting down while on batteries is not known,” the FDA stated. “Although we are concerned about the device shutdown events associated with Maquet/Datascope IABPs, we recognize that these systems may be the best option for circulatory support for some patients.”

The agency recommended that users follow guidance regarding batteries contained within the operating instructions manual for each device. Additional FDA recommendations included ensuring that the IABP system remains plugged in whenever possible during patient use and when the system is not in use in order to keep the batteries at full charge.

“When possible,” the FDA said, “return devices associated with, or suspected to be associated with, any adverse events or device malfunction to the manufacturer for evaluation to help them and the FDA better understand the issue.”

These are not the first issues observed with Getinge’s Maquet/Datascope IABPs in recent years. In June 2017, the company announced a field correction for certain systems because of potential electrical test failures, an action the FDA later defined as a class I recall.

In September 2017, another class I recall/field correction was issued for certain IABPs due to the potential for false blood detection alarms and fluid leaking into the devices.

And most recently, in June, the FDA announced a separate class I recall for Cardiosave Hybrid IABPs due to the potential for fluid to leak into the device.

FDA: Class I Recall for Cardiosave Hybrid IABP Due to ‘Fluid Ingress’