New-Generation DES Better Than Older Stents Over 10 Years, Regardless of Polymer Type

Of note, a sirolimus-eluting stent with biodegradable polymer did not provide better outcomes compared with durable-polymer Xience. 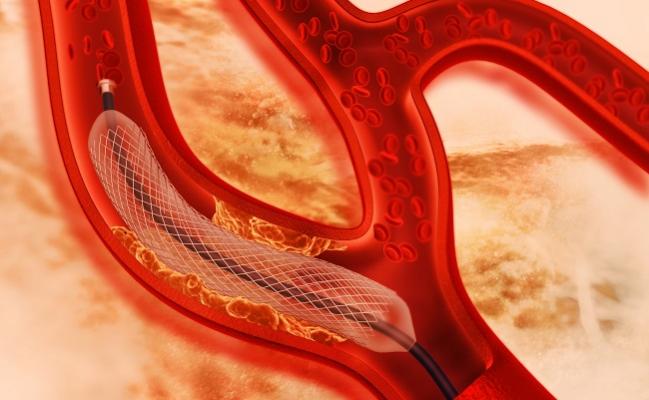 CHICAGO, IL—New-generation DES provide better clinical outcomes than earlier devices over 10 years of follow-up, results from the ISAR-TEST 4 trial confirm, but a potential late added benefit of using a biodegradable versus durable polymer was not borne out.

“The favorable outcome after new-generation DES is driven by increasing event rates over time in patients treated with early-generation DES,” Kufner said during his presentation.

Serving as a discussant for the trial, Sripal Bangalore, MD (New York University School of Medicine, New York, NY), said the lack of difference between Xience and Yukon Choice PC is consistent with prior meta-analyses with medium-term follow-up.

“The late clinical benefit of biodegradable-polymer drug-eluting stents versus current second-generation durable-polymer DES remains elusive,” he said, “and this leads to a question: is a higher price tag, at least in certain healthcare systems, for some of the biodegradable stents justifiable?”

Kufner noted that long-term data beyond 5 years comparing new-generation DES with older stents and durable-polymer with biodegradable-polymer DES are lacking. The current findings, which were published simultaneously online in Circulation, help fill that gap in knowledge.

ISAR-TEST 4 was initiated in 2007 at two centers in Munich. The trial enrolled 2,603 patients with ischemic symptoms or evidence of myocardial ischemia in the presence of at least 50% stenosis in a native coronary artery, who were randomized 2:1:1 to stenting with the Yukon Choice PC, Xience, or Cypher. The mean age at baseline was 67, and about two-thirds of the patients were men. About 29% of patients had diabetes, and multivessel disease was found in about 86%; roughly 40% of patients presented with ACS.

At extended follow-up, there were significant differences in both MACE (all-cause death, MI, or TLR) and all-cause death across groups, driven by lower rates with the two new-generation stents.

Although there were numerically lower rates of TLR with Yukon Choice PC and Xience versus Cypher, differences across groups were not significant (P = 0.15).

Still Work to Be Done

Bangalore, who also wrote an editorial in Circulation, briefly detailed the history of DES in his comments following Kufner’s presentation, noting that first-generation devices had problems with stent thrombosis beyond 1 year, late stent malapposition, and late catch-up of restenosis.

Polymer-related issues with the early stents were addressed in three ways: improving the biocompatibility of the durable polymer, making the polymer biodegradable, and creating DES in which the drug is eluted without the need for polymer.

The 10-year ISAR-TEST 4 data and prior studies show that those efforts to improve DES technology were successful, Bangalore indicated.

“Improvement in stent design can have [a] meaningful impact on hard outcomes, including death, and this has implications for interpretation of trials that used older-generation stents or bare-metal stents,” he said, referring to trials comparing PCI and CABG like COURAGE, BARI-2D, and FREEDOM.

But even current-generation DES have lingering issues that require improvement, Bangalore said, pointing out that the ISAR-TEST 4 results show that after 1 year, the MACE rate accrued at 3.3% per year with the new-generation devices. “We need to make continued progress in stent or scaffold technology,” he said, adding that perhaps a focus beyond the polymer is warranted.