The SWEDEHEART registry has long been a barometer of drug-eluting stent safety. Now a fresh look at stent thrombosis rates points to clear skies. 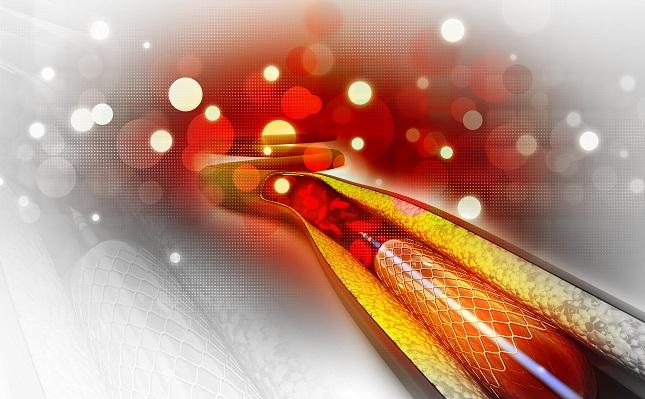 WASHINGTON, DC—New data from the SWEDEHEART SCAAR registry—a longtime barometer of the safety and efficacy of drug-eluting stents—suggests that the cumulative risks of both restenosis and stent thrombosis have declined with the newest drug-eluting stents, as compared with both older-generation DES and bare-metal stents.

The findings appear to apply across the broad range of newer DES now available in Europe.

Presenting the results here last week at TCT 2016, Stefan James, MD (Uppsala University, Sweden), reminded the audience that it was the “SCAAR scare” that famously led to an abrupt drop-off in DES use, a rush to increase the duration of dual antiplatelet therapy, and a flurry of innovation geared at reducing the risk of stent thrombosis with next-generation drug-eluting devices. It was the New England Journal of Medicine publication of SCAAR registry data in 2007, James said, that prompted Martin Leon, MD, to characterize the registry as “contaminated with flawed data,” and Patrick Serruys, MD, PhD, to ask: “What is rotten in the Kingdom of Sweden?”

By 2012, however, an updated analysis from SCAAR appearing in the European Heart Journal told a different story. Now cumulative risk of stent thrombosis was highest for BMS over a 24-month period, followed by first-generation DES, but it was lowest for the newer-generation devices.

Stent Use and Stent Thrombosis

James showed a series of analyses looking at the type of stents used in Sweden since 2005. His first slide, showing all BMS and DES, demonstrated the radical dip in DES use in 2007, followed by a steady climb thereafter. By 2016, he showed, DES are now being used in almost 100% of cases. And at least in Europe, that’s become an increasingly crowded space dominated by the Orsiro (Biotronik), Xience (Abbott Vascular), Promus Premier (Boston Scientific), Synergy (Boston Scientific), Ultimaster (Terumo), Omega (Boston Scientific), and Resolute Onyx (Medtronic).

In a new analysis looking at all 304,367 stents implanted in Sweden and captured in the SWEDEHEART registry between 2005 and 2016, investigators looked at rates of definite stent thrombosis across device types. They report finding the highest stent thrombosis rate for the first-generation DES, at 2.9%, followed by BMS at 1.7% and new-generation DES at 0.7%.

In a landmark analysis looking at the cumulative rate of stent thrombosis after 1 year, the rate between 2005 and 2016 for newer-generation DES was nearly identical to that of bare-metal stents at around 1%, roughly half the rate seen for the first-generation stents. In an analysis of definite thrombosis rates for the seven most commonly used newer-generation stents out to 5 years, cumulative stent thrombosis was the lowest for the Synergy (0.26%) and the Resolute Onyx (0.39%) and highest for the Xience Xpedition (0.86%) and the Resolute Integrity (0.85%).

What started as a SCAAR scare, James concluded, has become a SCAAR gold mine.

So How Do You Choose?

Following the presentation, session moderators asked panelists to weigh in on what drives choice given the lack of apparent differences between the many products, particularly on the European market.

David Rizik, MD (HonorHealth Heart Group Scottsdale, AZ), observed: “The newer-generation stents have been a great equalizer in terms of what they allow us to do. I think the biggest issue is implant technique, I think we're seeing over and over again. There is no standardized methodology across these trials for implant technique.” Even at TCT 2016, there have been different trials using different implant techniques and reaching very different outcomes, he said. “So I would say, while there is room for technical improvement and design improvement, . . . standardizing our methodology for implant technique [and] getting back to the basics, that is probably what’s going to be a greater [issue] than new metals, new polymers, durable polymers, bioerodable polymers—I think a lot of that is white noise.”

Christian Spaulding, MD, PhD (European Hospital Georges Pompidou, APHP, Paris, France), likewise, agreed that there are no real, major differences among the current permanent-scaffold stents. Ultimately, he said, with everything else similar, which stents a cath lab will stock comes down to price. There are, however, other things to consider.

“If I look from the technical point of view, there would be two things I would stress,” Spaulding commented. “Number one is radial force. There are some stenoses in the right coronary artery and some on the left main where you would prefer having a stent that does not have recoil, that has good radial force, and so I may be more inclined to go over to a metal-like stent compared to a cobalt chromium stent. The second comment is, I think there still is area for improvement in stents because even though most of us can do most of the lesions, there are still some where you have some problems going down those curves, those very calcified lesions. So there's obviously space for some improvement in the flexibility and deliverability of stents.”

To TCTMD, Spaulding pointed out that the price of stents has “drastically reduced,” with most costing €100-300 in Germany and slightly more than that in France. “This is a long way,” he said, “from the [original] €2000 price tag for the Cypher!”

Spaulding predicted the low cost, high efficacy, and wide range of stents now on the market will have multiple repercussions. For one, new companies will have little incentive or appetite for entering this crowded space. For the larger players, they will be less likely and able to fund new stent research. “Yes, the prices will continue to go down, [so] the solution from the major companies is to reduce the manufacturing prices,” he noted. “In the future there is a good chance of seeing companies outsourcing their manufacturing to China.”

Finally, he said, there are important considerations for innovation in cardiovascular device innovation more broadly, since stent sales often drive innovation in other areas. Spaulding, who served as VP for medical affairs at Cordis Corporation, a Johnson & Johnson subsidiary, pointed to the example of the Cypher stent. Johnson & Johnson “got out of the area” in part because of higher manufacturing costs, he said. “This is not good news for research and innovation, since companies such as Medtronic fund most of their research in cardiovascular innovation with the profits from stents.”

Comparative DES Outcomes: What Have We Learned From the SCAAR Registry? Update on Recent New Generation DES