No Symptoms? Some AS Patients Undergo Valve Replacement Despite Lack of Clinical Indication

Guidelines allow for certain patients to undergo surgical AVR even in the absence of symptoms, but many may be getting TAVR instead. 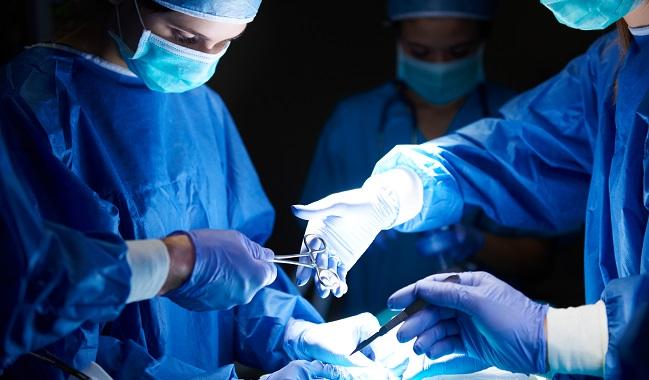 LONDON, England—A “substantial” number of patients with aortic stenosis but no symptoms are being sent for aortic valve replacement in some European countries even in the absence of guideline-recommended indications, according to new data from the IMPULSE registry.

On the other hand, some asymptomatic patients who do meet parameters set out for surgical aortic valve replacement are not sent for the procedure, according to Stefano Salizzoni, MD, PhD (Università degli Studi di Torino, Italy), who presented the analysis here at PCR London Valves 2018.

“The results merit further investigation into the rationale and outcome of these clinical decisions and their potential impact on recommendations,” Salizzoni concluded.

IMPULSE is a multinational, echo-laboratory-based registry that pools data from 23 centers in nine European countries. The participating hospitals all have on-site heart teams and the capacity to treat any given patient with TAVR, SAVR, or medical therapy.

The current study looked at 2,171 consecutive patients identified as having severe aortic stenosis either with or without symptoms over a 1-year period, with symptoms defined as presence of chest pain, shortness of breath, and/or dizziness on exertion/syncope.

Symptomatic patients made up the bulk of referrals over the study period (n = 1,743). For the 428 asymptomatic patients, a “treatment decision” was made either to manage them medically (n = 238) or to schedule aortic valve replacement (n= 154).

In an analysis that looked at patient factors according to whether or not asymptomatic patients were scheduled for either surgery or TAVR, Salizzoni and colleagues found some important differences. Asymptomatic patients referred for an intervention were significantly more likely to have a LVEF < 50% and more likely to have at least one indication for SAVR according to either the 2012 or 2017 ESC/EACTS guidelines—for example, Vmax > 5.5 m/s (as per the 2012 guidelines) or systolic pulmonary artery pressure > 60 mm Hg (as per the 2017 guidelines). Even when the newer, somewhat more inclusive guidelines were used as the reference, less than 30% of patients had a clear indication for AVR. On the flip side, 14% of patients in whom the decision was made not to intervene were found to have at least one guideline-recommended reason for surgery.

Importantly, the 2017 guidelines specify that asymptomatic patients who meet the criteria for AVR can be considered for surgery, not TAVR. Yet in this snapshot from IMPULSE, TAVR was clearly the preferred procedure, recommended in 89 patients versus 65 for SAVR.

“So, what is happening?” Salizzoni asked. “In our center, and also in the other centers and probably everywhere in the world, we know that aortic stenosis is a very important disease with a high mortality, more than many cancers. . . . So why wait for symptoms if we have the right diagnosis?”

Given the additional information provided by CT scans that can dispel any “doubt” seen on echo, as well as the proven safety of the procedures, Salizzoni believes the thinking must be: “Why not treat these patients early? . . . From this paper, it is clear that we have started to treat patients even if they are not symptomatic, based on the diagnosis of aortic stenosis. That’s what’s coming from the IMPULSE registry.”

Risk of sudden death in patients with aortic stenosis is estimated at 1-2% in recent studies. “But if we have a 0.5% mortality rate with a procedure and there is no other risk, I think that on balance it’s less risky to operate than to wait,” said Salizzoni. By the time the patient arrives with symptoms, the procedural mortality will be higher, he added.

Zhen-Gang Zhao, MD (West China Hospital, Sichuan University, Chengdu, China), who co-moderated the session, polled the audience to ask whether anyone currently would consider TAVR for an asymptomatic patient at this time. Only one or two hands went up.

“When you are considering the timing,” said Zhao, “it’s a trade-off between the risk of leaving the stenosis untreated and also the risk of having a prosthetic or mechanical valve long-term. So I think you do need some reasons for treating the asymptomatic patients who are not covered by the guideline indications.”

Also commenting on the study, Tom Cahill, MBBS (Oxford University Hospitals, England), who in the same session presented 10-years’ worth of procedural data from the United Kingdom, said that he will wait for trial results proving that intervening earlier in asymptomatic patients is safe and effective before moving into this group of patients.

“If EARLY TAVR is positive in selected low-risk people, then yes,” Cahill said, stating he’d consider an earlier intervention. “The other trial that’s ongoing is EVOLVED, which is looking at whether you can identify people who are higher risk but asymptomatic on the basis of fibrosis on MRI and stratify them into a group to get an earlier intervention.”

Asymptomatic Aortic Stenosis: The Next Frontier for TAVR?

Predicting the Future: Will the Ongoing TAVR UNLOAD and Early TAVR Trials Change the Threshold for TAVR in Moderate and Asymptomatic Aortic Stenosis?