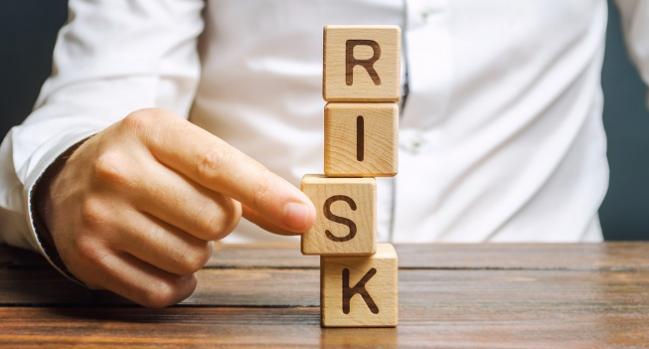 There is a strong, independent, and stepwise association between the lifetime risk of atherosclerotic cardiovascular disease and non-HDL cholesterol concentrations, a measure of all circulating atherogenic lipoproteins, among them LDL cholesterol.

And while that news, from an analysis by the Multinational Cardiovascular Risk Consortium, might not be particularly surprising given cholesterol’s established causal role in CVD, investigators showed that early exposure to elevated non-HDL cholesterol increases the lifetime risk of coronary heart disease and ischemic stroke, suggesting that younger individuals could be targeted earlier in life with aggressive lifestyle modifications and possibly with statins.

However, as their results demonstrate, the “true game” with respect to CVD risk and non-HDL cholesterol is beyond that initial decade.

The key results from this study are “very, very simple,” said Blankenberg. “If you divide the cholesterol into fifths—very low, low, medium, higher, and very high—we see the curves of the risk over 30 years diverge impressively. So it’s a long-term investment. It is not the risk of tomorrow, it’s not even the risk in 10 years; it’s the risk over a lifetime. If I measure LDL cholesterol, this won’t have any impact on [CVD] outcomes in a year. It won’t have any impact on outcomes in 2 years. It will have a little impact in 10 years, and this is a contradiction to the guidelines, which are based on 10 years.”

Jennifer Robinson, MD (University of Iowa, Iowa City), who authored an accompanying editorial, says the “novelty” of the new analysis is that it projects the potential benefit of starting cholesterol-lowering therapy in younger individuals.

“Such therapy could reduce the lifetime risk of atherosclerotic cardiovascular disease in patients with increased concentrations of non-HDL and LDL cholesterol, especially when risk is further amplified by the presence of comorbid factors,” she writes in the Lancet. “These individuals could be at much lower 10-year risk thresholds of atherosclerotic cardiovascular disease than are currently recommended for consideration of statin therapy.”

The new analysis, published December 3, 2019, in the Lancet, is based on 524,444 individuals from 44 different cohort studies included in the Multinational Cardiovascular Risk Consortium. The aim of study, according to Blankenberg, was to assess the impact of non-HDL cholesterol concentrations on the long-term risk of CVD and to develop a tool that could predict the long-term risk based on non-HDL cholesterol levels, age, sex, and CVD risk factors.

After excluding people with prevalent CVD, they identified 398,846 individuals, of whom 48.7% were women. The median age was 51 years. During a median follow-up of 13.5 years (maximum follow-up 43.6 years), there were 54,542 CVD events, defined as the first occurrence of MI, unstable angina, coronary death, coronary revascularization, or ischemic stroke.

A similar stepwise association between non-HDL cholesterol and CVD events was seen in those younger than 45 years, those aged 45-59 years, and those 60 years and older. Blankenberg highlighted the steep CVD risks among the youngest patients, those 45 years and younger, with elevated non-HDL cholesterol. In this cohort, men and women with non-HDL cholesterol concentrations ≥ 5.7 mmol/L had a more than fourfold increased risk of CVD events in long-term follow-up compared with those with concentrations < 2.6 mmol/L (HR 4.3; 95% CI 3.0-6.1 for women and HR 4.6; 95% CI 3.3-6.5 for men).

Given those findings, Blankenberg said, the focus of CVD prevention should be on the individual’s lifetime risk. At the very minimum, doctors should be checking cholesterol levels earlier in life, including in those as young as 25 years, and patients should know their numbers, he advised.

“We should at least know our cholesterol—I know mine and others should know theirs—to be responsible for ourselves,” said Blankenberg. “We can start to think about using statins more widely, but we can’t make a strong recommendation because we don’t have enough information about potential side effects over 30 years of statin intake.”

In their risk model, which they developed using a derivation and validation cohort, the researchers incorporate the five categories of non-HDL cholesterol concentrations, three age categories (< 45, 45-59, and > 60 years), and the number of CVD risk factors (0-1 or ≥ 2) to predict the probability for nonfatal or fatal CVD events by age 75 years. The tool is also modelled to calculate the hypothetical lifetime risk of CVD events if non-HDL cholesterol is reduced by 50%.

To illustrate his point, Blankenberg calculated the lifetime risk of first author Fabian Brunner, MD (University Heart and Vascular Center), a healthy, active man younger than 45 years with no cardiovascular risk factors. Brunner, who gave his permission to be used as an example, has a non-HDL cholesterol level of 4.0 mmol/L, or 155 mg/dL. If Brunner does nothing, he has a 19% chance of developing CVD at 75 years, but if he cuts his non-HDL cholesterol in half that risk is reduced to just 12.7% at 75 years.

This new tool has important clinical implications, suggested Blankenberg, noting that it can be used in practice to facilitate discussions with patients about their lifetime risk of CVD and various primary prevention strategies. “Having said that, this is not a randomized trial and it’s not a recommendation to give statins to all,” said Blankenberg. “It’s just information to bring you into a position to make an informed decision.”

Frank Kee, MD (Queens University of Belfast, Northern Ireland), one of the senior authors, also emphasized the tool as a communication aid with patients, but noted that it’s unknown how patients might, or might not, alter their behavior if they had an estimate of lifetime risk as opposed to the standard 10-year risk of CVD. Moreover, like Blankenberg, Kee emphasized that their analysis is not suggesting that these patients should be treated with statin therapy, noting there any many ways of lowering individual and community risk.

“As a public health doctor, I’m always mindful of trying to do the best for the most disadvantaged in society,” said Kee at today’s press conference. “Communicating risk is not easy. People with good health literacy skills, they’re the ones that might take a tablet or change their lifestyle. I would argue that shifting the risk curve in the population requires societal action, moving upstream to tackle the determinants of our bad diet perhaps or determinants of our bad lifestyles.”

Current guidelines . . . are based on the 10-year risk of cardiovascular events, which potentially underestimates the lifetime risk, particularly in younger adults. Stefan Blankenberg

Blankenberg said the decision to start lipid-lowering therapy for primary prevention lies with patients after discussions with their physicians, but he argued that physicians and patients need to be more proactive around cholesterol levels. Physicians should be telling young patients about their potential lifetime risk of CVD, Blankenberg urged, noting if statins prevent their risk “it might be an opportunity take it.”

In her editorial, Robinson agrees that the tool could facilitate shared decision-making in primary prevention by estimating lifetime risk. The development of an online calculator could help see that the model is more widely incorporated into future guidelines. Like the authors, however, she notes that the present study included only European-ancestry subjects and points out that other populations need to be studied, including those from lower- and middle-income countries.

‘Remnant’ Cholesterol Linked With CVD Risk, Even When LDL Levels Are Low