Almost $8 billion, with substantial out-of-pocket fees, was spent on nonstatins in the United States in 2012-2013, up from $1.7 billion a decade earlier. 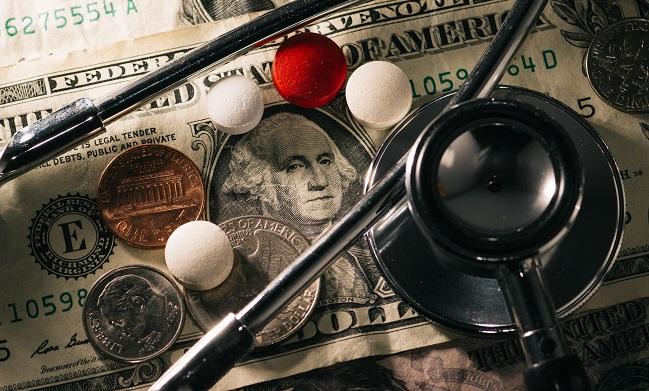 Use of nonstatin cholesterol-lowering medications including fibrates, cholesterol absorption inhibitors, and niacin increased by 124% in adults over age 40 in the United States between 2002 and 2013, despite research showing no net benefit or even possible harm with some of these drugs, according to new data. Total expenditures from nonstatins increased almost fivefold over the same time period.

“We are spending multiple billions of dollars without realizing any benefit—some on drugs with potentially small net harm—in an era where one of the biggest challenges as a healthcare system we are facing is dwindling resources,” senior author Khurram Nasir, MD, MPH (Baptist Health South Florida, Coral Gables), told TCTMD. “Paying more attention to some of these issues will help us improve the efficiency of healthcare system.”

For the study, published online January 22, 2018, in the Journal of the American Heart Association, Joseph Salami, MD, MPH (Baptist Health South Florida), and colleagues looked at records from 2002 to 2013 of 157,719 individuals in the Medical Expenditure Panel Survey. Over the entire period, 6.1% of patients reported nonstatin use, including 75.4% who had three or more prescriptions.

We are spending multiple billions of dollars without realizing any benefit—some on drugs with potentially small net harm—in an era where one of the biggest challenges as a health care system we are facing is dwindling resources. Khurram Nasir

Fibrates were the most commonly used nonstatins in 2002-2003, and then cholesterol absorption inhibitors and combinations fell into the number-one slot between 2004 and about 2009 for both adults with and without cardiovascular disease.

Cost-wise, total expenditures for nonstatins increased from $1.7 billion (including $700 million in out-of-pocket costs) in 2002-2003 to $7.9 billion (including $1.6 billion in out-of-pocket costs) in 2012-2013. Interestingly, despite the publication of the ENHANCE (2008), ACCORD (2010), and AIM-HIGH trials that showed no net outcome benefit from adding ezetimibe (Zetia, Merck), fenofibrate, and niacin, respectively, to statin therapy, nonstatins use in 2012-2013 accounted for $3.4 billion in expenditures among adults with atherosclerotic cardiovascular disease and $4.5 million in those without.

“For many years, there has been this assumption that just favorably improving lipids is essentially equivalent to lowering the risk of cardiovascular disease,” Nasir said, adding that even published evidence that suggests the contrary hasn’t been “strong enough to conclusively change practice.”

This stasis can primarily be blamed on some level of resistance to change by practitioners, he guessed, saying that some physicians may think that “maybe the clinical trial data does not apply to their patient population.” However, ineffective dissemination of evidence and patient preference could also be hurdles to change, Nasir added.

It’s not rocket science. We just need to follow on what the highest level of evidence is. Khurram Nasir

“There is definitely a consensus among us as far as cholesterol management is concerned that we should be treating those at the highest risk, such as those with established cardiovascular disease, with therapies that have consistently shown evidence. For example, statins,” he said. If further risk reduction is needed for these patients who are already tolerating the maximum dose of statins, then a nonstatin like ezetimibe could be tried and then potentially a PCSK9 inhibitor, Nasir advised.

“For patients with statin intolerance, rather than just trying to switch them to a niacin, a fenofibrate, or ezetimibe, you should follow the guidelines and try at least two to three different statins before you move in that direction,” he added. “It’s not rocket science. We just need to follow on what the highest level of evidence is.”

The main implication from this study is significant “waste” has and will continue to occur unless physicians follow evidence-based guidelines, until at least a “more concrete strategy” presents itself, Nasir said. “At the same time, it just shows we have a huge opportunity to narrow the evidence gap and also the economic waste that's happening from it.”

Cardiovascular Health of US Stroke Survivors Is Worsening

Amid Rising Tide of Atherosclerotic CVD, Costs of Treatment Should Spur Policy Makers to Push Prevention

Lowering LDL With Statins and Other Selected Agents Should Be Focus of CVD Risk Reduction, Analysis Implies