Patients implanted with the device showed signs of clinical improvement, but half of the cohort developed occlusion or stenosis, prompting design changes. 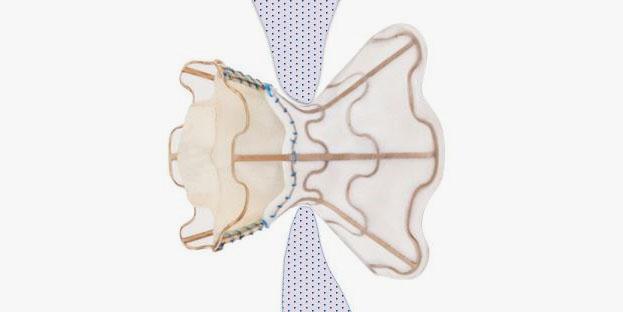 A study of an investigational interatrial shunt for treating high-risk heart failure patients with reduced and preserved ejection fraction suggests the device has a high degree of safety and efficacy, with no deaths or strokes reported among treated patients. However, half of the cohort developed occlusion or stenosis between 3 months and 1 year, leading to a design modification that has yet to be fully tested.

The new study, published online October 31, 2018, in JACC: Cardiovascular Interventions, provides early data on a similar device, known as the V-Wave shunt (VWave Ltd), in patients with persistent, severe symptoms despite optimal medical therapy. Among the 38 patients treated, implantation was successful in all, with improvements at 3- and 12-month follow-up in NYHA class, quality of life, and exercise ability. Three-month data on the first 10 patients treated in this series were initially reported at TCT 2015.

“The numbers are small, but the extremely low rate of complications overall and particularly related to the device is encouraging,” lead author Josep Rodés-Cabau, MD (Quebec Heart and Lung Institute, Quebec City, Canada), told TCTMD. “The procedure is feasible and relatively simple. It can be done in a safe manner and rapidly.”

In an accompanying editorial, Paul Sorajja, MD (Minneapolis Heart Institute Foundation, MN), and colleagues note that the improvement in NYHA functional class seen in the study, which decreased from class III/IV in 100% of patients at baseline to 22% of patients at 3 months, “almost exactly mirrors the 96% to 25% change at 3 months observed in a trial of a ventricular assist device–a striking improvement in functional class for a passive device not designed to improve cardiac output.”

The V-Wave device is currently under clinical investigation and is not available for sale in the United States or other countries.

Most procedures in the multicenter study, which was conducted in Canada and Europe, were completed in approximately 72 minutes, which included transesophogeal echocardiography (TEE), right heart and transseptal catheterization, shunt implantation, postimplant data collection, and hemostasis.

Major device- and procedure-related complications at 1 year occurred in 2.6% of patients, which translated into one patient who experienced cardiac tamponade following the procedure and was successfully treated with pericardiocentesis. In addition to the NYHA class improvements, quality of life as measured by KCCQ in Canada, and MLHFQ in European centers, showed improvements of 5 or more points in 74% of patients at 3 months, which was sustained at 12 months (73%). Patients also demonstrated improvements in 6-minute walk distance, with a mean increase of 41 ± 63 m from baseline at 3 months and 28 ± 83 m from baseline at 12 months, with no changes in objective measures of left or right-sided function.

While all patients had confirmed left-to-right flow through the shunt at 3 months, by 1 year 14% of patients had developed total occlusions; an additional 36% had in-shunt stenosis.

To TCTMD, Rodés-Cabau said the stenosis and occlusion cases were not associated with any acute events. While the development was an unwanted outcome, it allowed investigators to compare patients with and without the complication.

As a result of the complications, the V-Wave shunt has been modified to remove the one-way bioprosthetic valve inside the hourglass-shaped implant, Rodés-Cabau said. Pannus infiltration of the bioprosthetic leaflets inside the device is believed to be responsible for the impeded flow. Of note, the Corvia device also is valve-less.

“The valve-less shunt is very promising,” he added.

A large randomized trial is currently ongoing in the US, Canada, and Europe to test the new valve. Rodés-Cabau said the trial, known as RELIEVE-HF, will likely have results in the next 2 years.

A Field ‘Ripe for Scientific Scrutiny’

In their editorial, Sorajja and colleagues say the findings are “provocative” but require careful interpretation.

“Selection bias remains considerable from nonrandomized comparisons,” they write. “The participants and observers were not blinded to the treatment effects. We do not know if the differences occurred from divergent clinical paths, with one group improving or one group worsening. The former path would reflect well on the potential effects of atrial shunting, while the latter could either reflect the burden of worsening heart failure, or, albeit less likely, potential risk if loss of initial patency is a harmful event.”

They also note that the patients who lost shunt patency had a marked increase in HF hospitalization rates between the first and second years of follow-up (0.65 per patient-year vs 0.21 per patient-year).

Sorajja and colleagues say the ideal atrial shunt “would have durable benefits that are clinically meaningful, and an excellent safety profile, supported by sound physiological principles that address the underlying pathology.” The current report, they add, “reflects an early stage for the entire field of atrial shunting in heart failure, and this area is ripe for heavy scientific scrutiny.”

In an interview with TCTMD, Daniel Burkhoff, MD, PhD (Cardiovascular Research Foundation, New York, NY), who was not involved with the current study, said interatrial devices have the potential to fill important unmet needs in the care of heart failure patients.

“In large part these devices are targeting a population that does not currently have a specific approved therapy. This includes patients with normal or mildly reduced heart function, a group of patients with high morbidity and very limited exercise tolerance. Devices like these aim to reduce abnormally high pressures in the lung during exercise, which we believe is a major factor that limits their exercise tolerance,” he observed. “Whether such reductions ultimately translate into clinical significance in the form of reducing hospitalization significantly, or whether there will be any mortality benefit of this type of therapy is the topic of current clinical trials.”