Office and Home BPs Seem to Be In Sync at Lower Levels, Study Suggests

But be careful not to overinterpret the results, one expert says. 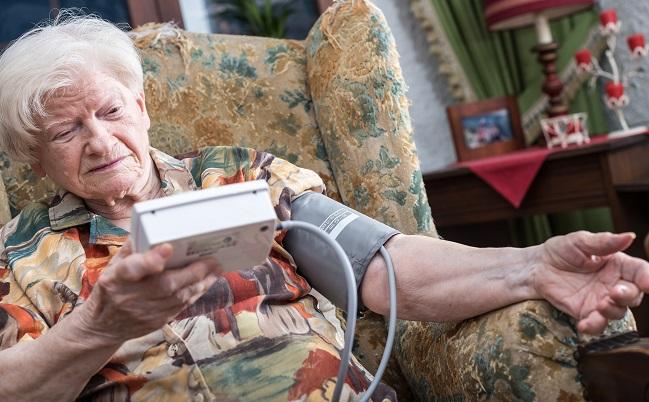 “I think it gives us some reassurance that it will work,” she said, adding that clinicians should encourage patients to do more home BP measurements that will give a more accurate picture of hypertensive status. Currently, Vongpatanasin said, only 30% to 45% of hypertensive adults in the United States are regularly measuring their blood pressure at home.

“If we can get more information on out-of-office readings, we can use that information . . . so that we can treat patients to goal with the least amount of side effects,” she said.

The new US hypertension guideline places a greater emphasis on out-of-office BP measurement, and maintains that a clinic BP of 130/80 mm Hg is equivalent to the same reading for home BP monitoring or daytime ambulatory BP monitoring. That is based, however, on data from non-US cohorts, and there is uncertainty about whether clinic and home readings at that level would correlate well in Americans.

In a study published online October 29, 2018, ahead of print in Hypertension, Vongpatanasin and colleagues aimed to fill that knowledge gap by analyzing data on 5,768 participants of the Dallas Heart Study and 420 adults recruited from primary care clinics for the North Carolina Masked Hypertension study. Both studies involved home and clinic BP measurements.

Using a regression approach among the untreated participants of the Dallas cohort, a clinic systolic BP of 130 mm Hg correlated with home readings of 129, 130, and 126 mm Hg among African-American, white, and Hispanic individuals, respectively. Results for African-American and white participants were similar in the North Carolina cohort (there were not enough Hispanic participants for analysis).

The researchers then employed an outcomes-based approach to determine which home BP level was associated with an 11-year risk of all-cause mortality or cardiovascular events similar to that seen with a clinic BP of 130 mm Hg, with data coming from the Dallas cohort. In this analysis, home BPs consistent with the risk seen at a clinic systolic BP of 130 were consistent across racial/ethnic groups for untreated participants: 130, 129, and 131 mm Hg for African-American, white, and Hispanic individuals, respectively.

“Because the outcome approach is considered to be the gold standard approach, our data provide support for the home BP thresholds proposed by the new ACC/AHA guidelines,” the authors write. “Because the clinic BP threshold of 130/80 mm Hg is also proposed by the ACC/AHA guidelines as the target BP for treatment in the office, our study results suggested that home BP of 130/80 mm Hg can be used as home BP target for treatment in most hypertensive patients.”

Commenting for TCTMD, Matthew Muldoon, MD (University of Pittsburgh Medical Center Hypertension Clinic, PA), said a study like this one was needed, but added that this particular analysis has some critical limitations.

In the larger Dallas cohort, office BP readings were taken at one study visit, whereas the current standard is to average measurements taken during at least two separate visits, he said. Home readings were not spread out as much as is typically done either, he said. “So their ability to be reasonably reliable in their measurement of blood pressure isn’t according to today’s standards.”

Another major concern, Muldoon said, is with the composition of the study sample. In the untreated cohort of the Dallas Heart Study, the average age was just 37 years and the average systolic BP was 124 mm Hg, indicating a healthy group with low BP, he said. A better study, Muldoon argued, would include mostly people older than 40 with higher blood pressures.

The bottom line, he said, is that this study was not very well designed to address the correlation between office and home BPs in people at risk for hypertension. He noted that an accompanying editorial by Paul Muntner, PhD (University of Alabama at Birmingham), and Daichi Shimbo, MD (Columbia University, New York, NY), calls for a randomized trial to get a solid answer to this question.

“At the end of the day, that is the kind of study that’s needed,” Muldoon said. “So my fear, to the extent I have one, is that this study will be overinterpreted as being strongly supportive of this idea that home and office blood pressures are interchangeable.”

He also questioned whether the study would have been published had it not demonstrated a close relationship between office and home BPs at the systolic threshold of 130 mm Hg.

“I’m kind of afraid that it’s getting published because it found a convenient answer,” Muldoon said, pointing out that the analysis is being released in an AHA journal in support of AHA guidance that states that clinic and home BP readings of 130 mm Hg are equivalent. “But I don’t see this study as actually being of a strong enough design to make that statement with much confidence,” he added.