One in Three Hospitalizations After Acute MI Go Unreported

The high rates of underreporting found across the board raise questions about research that relies on self-reported data. 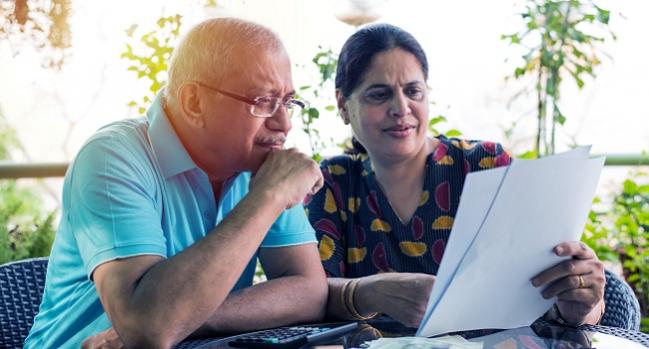 Following a hospitalization for acute MI, nearly one in three patients do not accurately recall being rehospitalized in the first year after discharge for the index event, new data indicate.

The study authors say the findings have broad implications in light of how frequently self-reported data are used in patient care as well as clinical research to determine event rates.

“We found that among all subgroups—social, economic, and demographic groups—the rates of underreporting were very high even within the same individual,” lead researcher César Caraballo, MD (Yale-New Haven Hospital, New Haven, CT), told TCTMD. “People may tend to think that it’s only the elderly that fail to remember properly, but it's definitely not.”

In the study, published online June 19, 2020, ahead of print in Circulation: Cardiovascular Quality and Outcomes, Carabello and colleagues also found that more than half of patients underreported a rehospitalization when asked about it more than 6 months after discharge. This occurred despite patients being contacted three times within the 1-year period after their discharge for acute MI, and giving consent for subsequent events to be reported. The lowest rate of underreporting occurred in the first 3 months after discharge, but was still fairly substantial at 35.2%.

Caraballo said the new data build on other evidence, including an analysis of the TRANSLATE-ACS study, which found it was not uncommon for patients to over- or underreport hospitalizations after acute MI.

Recall Slips Away With Time

For the new study, Caraballo and colleagues examined data from 4,340 patients in the TRIUMPH registry who were treated for acute MI at 24 US centers. Patients were contacted for interviews about subsequent rehospitalizations at 30 days, 6 months, and 12 months after discharge for the index event. Medical records from every hospital where the patient reported receiving care also were acquired for adjudication purposes.

Overall, 28% of patients reported at least one hospitalization in the interviews. After excluding patient care visits that were not true hospitalizations, there were 740 self-reported repeat stays in the hospital. However, adjudication based on the records obtained by the investigators brought this number to 1,086, for an underreported rate of 31.9%.

When the investigators looked at variation in reporting across all hospitalization events, 73.9% of it was attributable to within-patient variation.

The findings are troubling, Caraballo said, because without a centralized electronic health record, physicians must rely on what patients or their family members divulge.

“If they don't recall being hospitalized, you may test them for something that they were already tested for or repeat a treatment. So, it has huge implications,” he observed.

“There is a lot going on after you are hospitalized for an [acute] MI. You may have return visits to the hospital and some of them are hospitalizations and some are not. It can be a confusing time,” he noted. In addition, he said there also is growing recognition of “post-hospital syndrome,” which may cause some patients to experience cognitive decline following a hospital stay as a result of stress and stimuli from the experience.

Regardless of the cause for failure to accurately report hospitalizations, Caraballo and colleagues say ongoing research is trying to target ways to improve on how events are captured. One promising area of research is smartphone geofencing, which tracks patients through an app that they consent to have placed  on their phone. The app triggers a signal to researchers when the patient has been in an area that corresponds to a hospital for more than several hours.

To TCTMD, Caraballo said the message from his study is that there is a systematic problem of event tracking that needs to be addressed.

“This is a call that the current way that most studies are conducting their follow-up methodologies may not be the most efficient and needs to change,” he concluded.

Unreliable Narrators: Patients Both Over- and Underreport Hospitalizations After Acute MI