One reason for publishing three opinion pieces exploring barriers to “open data” was to engage the broader cardiology community, an editor says. 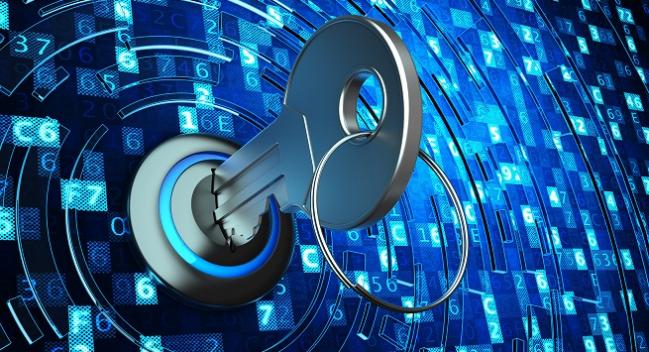 Editors at JAMA Cardiology, along with the heads of two prestigious academic research organizations, have waded into the debate over data-sharing with the publication of three opinion pieces this week.

As previously reported by TCTMD, a chorus of protests (and some praise) greeted a January 2016 proposal by the International Committee of Medical Journal Editors (ICMJE) to mandate sharing of clinical trial data as a prerequisite for publication. A formal plan for data-sharing would also be required as part of clinical trial registration—itself a mandatory step for trialists hoping to subsequently publish their results.

A year and a half later, however, the ICMJE walked back their proposal, settling instead for a “data-sharing statement” as part of submitted papers, one that would include details on what type of data would be shared and when. The data-sharing component of a trial’s submission to ClinicalTrials.gov or the WHO International Clinical Trials Registry Platform kicks in for trials that intend to start enrolling patients on or after January 1, 2019.

To TCTMD, Yancy further clarified that the idea for the viewpoints grew out of a session at the TCT 2017 meeting, including featured lectures by C. Michael Gibson, MD, president and CEO of the Baim Institute for Clinical Research, and Eric Peterson, MD, who at the time was executive director of the Duke Clinical Research Institute (DCRI) in Durham, NC. Peterson is moving on from this post and DCRI is in the process of seeking a new leader for the Institute.

Gibson and Peterson are the first authors on the two viewpoints now appearing in print.

“Drs. Bonow, Harrington, and I felt it important to set an editorial perspective. In our ongoing quest to provide the cardiovascular community with leading edge ‘need to know’ data and viewpoints, we felt that data-sharing was an appropriate theme to explore and promulgate,” Yancy said.

In their paper, Peterson and co-author Frank Rockhold, PhD (Duke Clinical Research Institute), set out what they term the “remaining barriers to data-sharing”: informed consent, patient privacy, the need for efficient platforms, data standards, and credit for data originators.

Their viewpoint goes on to give examples of a range of initiatives already underway to ensure that patient privacy stays under lock and seal, and describes the secure data platforms being developed by organizations like Vivli and the American Heart Association that enable searches that span different data sets without revealing exposing patients to privacy breaches. They also offer several solutions for the hot-button topic of how to credit the original research team and allow the researchers time to conduct their originally intended analyses.

While all five of these issues present challenges, they conclude, “progress is being made on each of these topics.”

Gibson, like Peterson and Rockhold, gives a nod to the promise of data-sharing and its potential to advance science and patient care, but he also has concerns about what he, speaking with TCTMD, called “serious issues.”

Chief among them, as his viewpoint sets out, are the risks to patient privacy on the one hand and the potential for academic confusion on the other. Appropriate deidentification of patient data is a critical concern that will need to be addressed not only in the informed consent process, but also in how data are “opened.” Unintended consequences, including the use of easily deidentified patient data by employers or insurers, need to be built into plans for its use, he argues.

Research integrity also needs safeguards, he continues, since publication of discrepancies in trial results as a result of reanalyses could ultimately call into question the primary trial results or lead to nonprespecified exploratory analyses that should not have the same impact on clinical care. A solution to both concerns, suggests Gibson, would be the creation of a “learned intermediary” to manage requests for data access. Going through this third-party intermediary, “those querying the database should be required to provide written confirmation that they will not function as an adversary and will not attempt to reidentify patients,” he says.

Just how such oversight might be organized and funded remains a “major question,” he concedes.

“While I advocate sharing, it has to be done responsibly,” Gibson told TCTMD. “You must balance the benefits to all the people in society against the potential for harm with respect to patients’ privacy.”

Also speaking with TCTMD, Harrington stressed that the viewpoints weren’t intended to present opposing views but rather to outline “different aspects of the challenges,” adding, “Nothing is insurmountable, but they all need to be addressed.”

Most of the conversation around data-sharing in clinical research has been taking place in academia, but according to Harrington, a key reason for publishing these three papers was to interest the “broader cardiology community” in this topic.

“If you think of cardiology clinical trials, the bulk of patient recruitment happens in the practice setting, the nonacademic setting, so we wanted to engage the entire community in this discussion,” Harrington told TCTMD. “It is their work and their patients’ data that is going to be shared, so we want to be sure that broad community engagement is developed here so that all of the issues can be appropriately addressed.”

Norepinephrine Bests Epinephrine in Battle of the Vasopressors in Cardiogenic Shock

Physical Fitness Blunts the Impact of Depression on CVD Mortality

Medical Journal Editors Back Off Ambitious Data-Sharing Mandate for Publication

The Hornet’s Nest of Data Sharing: Cardiologist-Led Proposals Do Not Necessarily Agree on Timelines, Reviews