The interventional community should be doing more to promote radiation safety during the ongoing obesity epidemic, new data suggest. 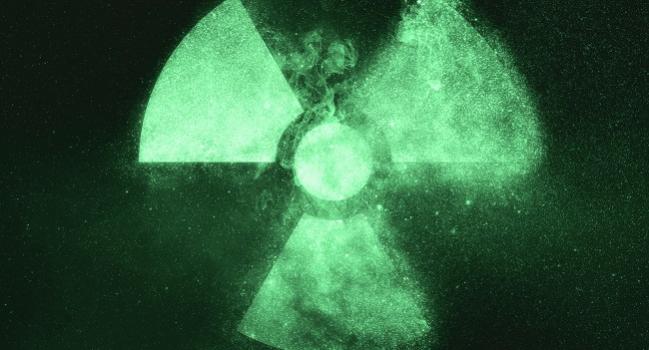 Beyond the obvious effects on a patient’s own health, obesity might harm the well-being of some treating physicians—new data show that the amount of radiation to which interventional cardiologists are exposed during coronary angiography correlates with patient body mass index (BMI).

There was a stepwise increase in operators’ radiation exposure across categories of rising patient BMI, with sevenfold greater exposure when patients had a BMI of 40 kg/m2 or higher versus less than 25 kg/m2, researchers led by Ryan Madder, MD (Spectrum Health, Grand Rapids, MI), report in a study published online January 2, 2019, in Circulation: Cardiovascular Interventions.

“We know that obesity adversely impacts the health of our patients. I think our findings suggest that patient obesity and the obesity epidemic may be adversely impacting the health of physicians, particularly in the cath lab, as it comes to their radiation dose,” Madder told TCTMD. “And so, I think we need more research to study how patient obesity is impacting the occupational risk of individuals who work in a cath lab.”

As a consequence of growing rates of obesity in the general population, the average BMI of patients in the cath lab has been going up. In fact, Madder said, roughly half of patients undergoing cardiac catheterization now are obese, with nearly 85% being overweight or obese.

Prior studies have shown that the amount of radiation to which patients in the cath lab are exposed in order to get adequate images increases along with BMI. It is also known that the main way operators get exposed to radiation is from scatter emitted from the patient, which is directly proportional to the patient dose.

Standard operating procedure included two shields place between the patient and operator. Use of a radiation-absorbing disposable pad was left to the discretion of the physician and cath lab staff; one was used in 59.0% of cases, with the rate increasing across rising BMI categories.

Average patient BMI was 30.8 kg/m2; obesity was seen in half of the cohort, including morbid obesity in 9.6%.

Compared with a BMI below 25 kg/m2, a BMI of 40 kg/m2 or higher was associated with roughly a doubling of patient radiation dose according to either DAP or air kerma and an increase in physician exposure from 0.2 to 1.4 µSv (P < 0.001 for all). Obesity was associated with higher radiation exposure to patients and physicians for both diagnostic procedures and PCI.

“Considering the increasing recognition of the health risks faced by interventional cardiologists, combined with the growing prevalence of obesity in the catheterization laboratory, the observations of the present study perhaps call for more aggressive radiation safety practices in the era of the obesity epidemic,” Madder et al write in their paper.

Commenting for TCTMD, Morton Kern, MD (University of California, Irvine, and VA Long Beach Healthcare System), said the study confirms the impression that procedures for patients with higher BMIs require more radiation to get adequate images and that the obesity epidemic “hurts in both direct medical care but also in testing to get to the medical care, the diagnostic needs.”

He pointed to several possible methods that could be used to reduce that exposure, including use of improved scanners. “Modern X-ray equipment now provides imaging quality at a higher level at a much lower dose than we had 10 years ago,” Kern explained, saying that cath labs with older equipment should consider an upgrade. In addition, he said, shielding technology—including radiation-absorbing pads—has improved over the last decade.

Anything that can shorten the procedure time will be expected to decrease exposure as well, Kern said. Although robotic PCI might also make a dent in radiation exposure, he said using it “as a cure for radiation exposure is a long run for a short slide,” and pointed out that it reduces exposure for only one person on the cath lab team (the operator).

Over that time, technology has been developed or improved to lessen radiation exposure. Still, Madder said, the relationship between patient BMI and physician radiation exposure as an occupational hazard probably isn’t getting enough attention in cath labs.

“I suspect that not many operators in daily practice are thinking about this, and I think our findings suggest that we should be thinking more about this and doing more to promote radiation safety,” Madder said, noting that increasing case complexity is offsetting some of the gains made on the safety front.

He added that the obesity epidemic presents challenges to cath lab workers beyond just increased radiation exposure because the rooms were not originally designed to accommodate patients weighing 300 to 400 pounds, who are becoming increasingly common.

“Those cases can be so challenging that often I think we forget about the operator safety during those procedures just because we’re trying to get these complicated patients what they need, and I think our findings support that we should be focusing on radiation safety as our patient population gets bigger,” Madder said.

For Kern, the message is: “We should share that the obesity epidemic impacts not only patients but also the healthcare team that takes care of the patients. . . . So, I think [this study is] just another piece of data supporting the fact that we should attend to our population experiencing this obesity epidemic.”