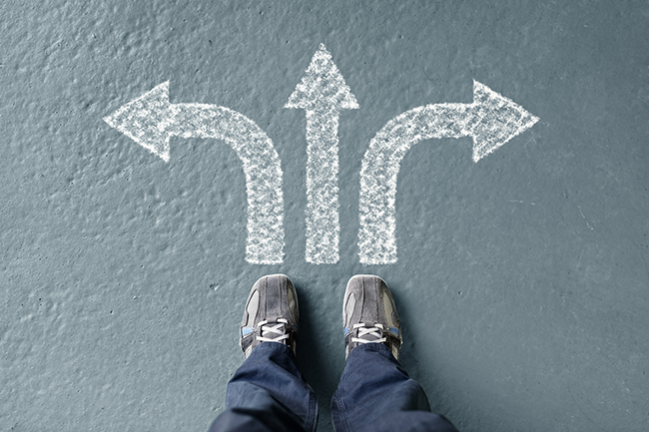 WASHINGTON, DC—After years of randomized and observational trials and several meta-analyses, there still seems to be no consensus among interventionalists as to whether bivalirudin or heparin is the better anticoagulant to use for routine primary PCI.

The issue remains “very controversial,” said panelist Mark Effron, MD (Ochsner Health System, New Orleans, LA), in a debate session yesterday at TCT 2016. “In reality what people are doing out there is not what was done in the studies.” For clinical trialists, “it's great fodder” to think of all of the different trial designs they would like to see done now, he continued, but “the problem is that the support is no longer there.”

This indecision is no surprise. In fact, survey results of interventional cardiologists published last month revealed a fairly even division between bivalirudin with bailout glycoprotein IIb/IIIa inhibitors (GPIs) and heparin with or without routine GPIs.

Reasons for this rift could stem from the fact that procedural “complexity has increased,” said panelist Arnold Seto, MD, MPA (Long Beach VA Medical Center, Orange, CA), including “the variability of the number of agents that we have, the number of approaches, and the presentations.”

Similarly, panelist Bill French, MD (Harbor – UCLA Medical Center, Torrance, CA), said, “The perspective of time is incredible. Ten years ago we were all calling bivalirudin a saving grace, and now . . . we’re all using a different approach. . . . That's why we’re so confused. As the time goes by and our technique has changed, it’s really hard to be on the same page.”

Even so, the presenters in this session sought to convince the audience of their preferences. A. Michael Lincoff, MD (Cleveland Clinic Foundation, OH), started by arguing in favor of heparin monotherapy for STEMI procedures claiming that stent thrombosis risk is higher with bivalirudin. “There is no randomized evidence that post-PCI infusion changes this,” he commented, adding that the reduction in bleeding seen with the novel antithrombin was likely only in comparison to heparin plus a GPI and that bivalirudin’s mortality advantage “lacks biological plausibility.” Lastly, the lower cost of heparin makes it more appealing.

Next, in favor of using heparin with GPIs for most patients, Jorge Saucedo, MD (NorthShore University HealthSystem, Evanston, IL), clarified that he recommends “judicious” use of this strategy and recognizes that it is not for everyone. “I would not use GPIs for patients with known [chronic kidney disease}, active or likely bleeding, post-thrombolysis, high [international normalized ratio (INR)], taking [direct oral anticoagulants], those with vascular access problems, with a recent history of stroke, uncontrolled hypertension, or the very elderly,” he said, adding that this leaves “a big chunk” of patients who would benefit from this strategy.

Harvey White, DSc (Auckland City Hospital, New Zealand), then switched gears and contended that bivalirudin with cangrelor (Kengreal; The Medicines Company) was the optimal antithrombin to use in this circumstance given that the mortality benefit seen compared with heparin “trumps everything.”

Following up, Gregg W. Stone, MD (NewYork-Presbyterian Hospital/Columbia University Medical Center, New York, NY), said, “I’m glad this is still being discussed. A lot of people have already made up their minds on this issue but you really have to look into the data to know what you’re doing.”

A long-time advocate for bivalirudin, Stone acknowledged that it is not the best choice for treating patients with stable CAD or NSTE ACS. However, in the setting of STEMI, Stone said bivalirudin should be used with a prolonged infusion, as was recently recommended by the US Food and Drug Administration when they changed the labeling for the drug this past April. And though bivalirudin went off patent last year, it still costs about $300 more than heparin, according to Stone—“a drop in the bucket compared with what we spend on patient care.”

Finally, John Bittl, MD (Munro Regional Medical Center, Ocala, FL), took a closer look at whether the proven benefits of bivalirudin translate to patients treated with transradial PCI. Not so, he explained. Moreover, a comparison of patients treated with transradial PCI and heparin versus those treated transfemorally with bivalirudin in the MATRIX trial showed similar outcomes. Additionally, Bittl said, “if you’re planning to use ticagrelor or prasugrel, you might as well use heparin because [otherwise] you're going to completely attenuate the bleeding advantage, probably the only advantage, of bivalirudin.”

Evidence of a Split

At the end of the session, attendees were asked to submit their opinions on the bivalirudin-heparin debate through an online polling system. The results, even after watching a fresh review of the data, were mixed. 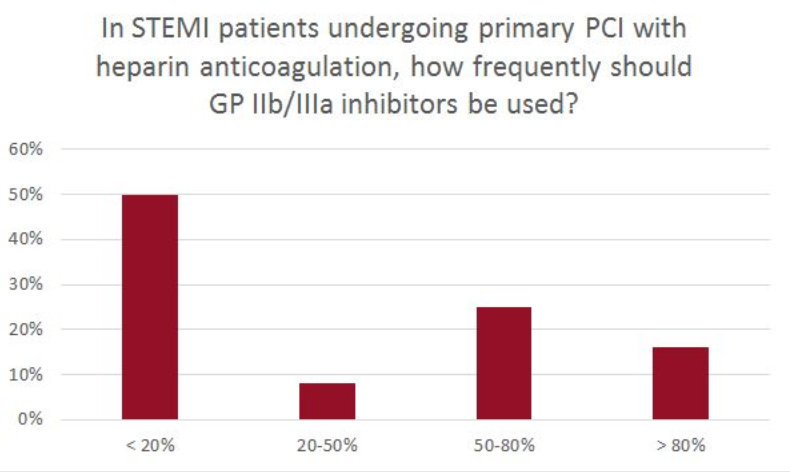 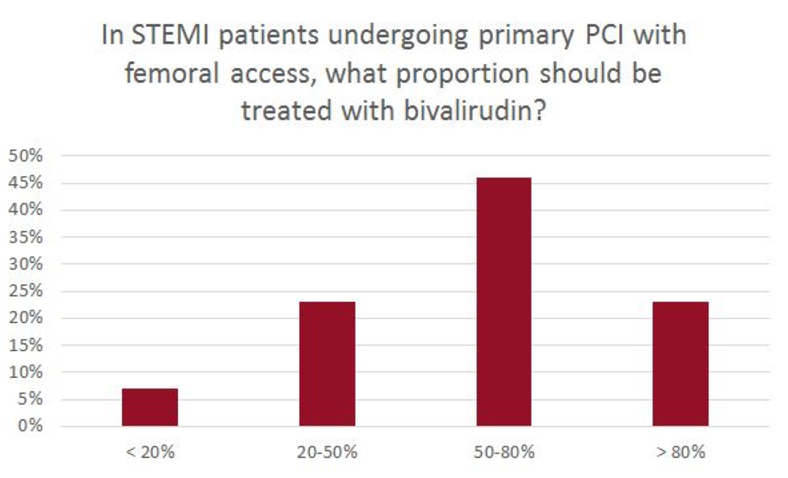 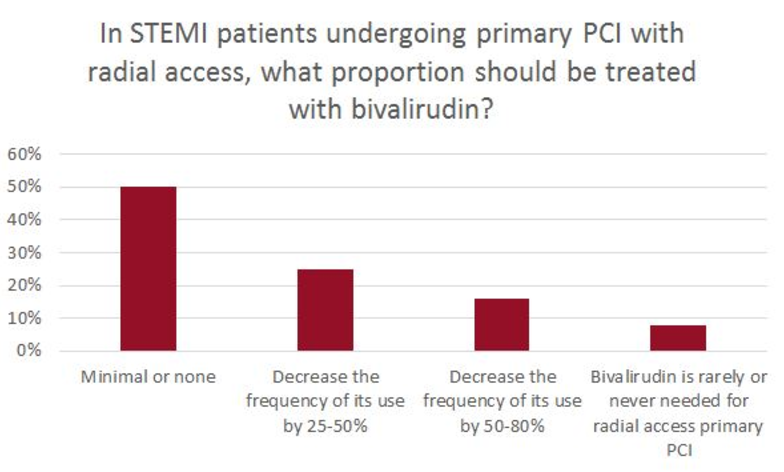 “We can see from the poll that there’s a huge variety, and there is no clear-cut preference for either heparin or bivalirudin,” said session co-moderator Franz-Josef Neumann, MD (Universitäts-Herzzentrum Freiburg, Bad Krozingen, Germany). “In patients with a high risk of bleeding, bivalirudin is a very good choice. In other patients, you will [attenuate] the benefit of bivalirudin and then I think heparin is a very good choice. So you are left with some individual treatment decisions.”

Start With a Three-way Debate: Heparin Plus Routine Use of GP IIb/IIIa Inhibitors Is the Optimal Procedural Anticoagulant in STEMI Patients Undergoing Primary PCI!

Do the Benefits of Bivalirudin Translate to Radial Intervention? Evidence From Randomized Trials