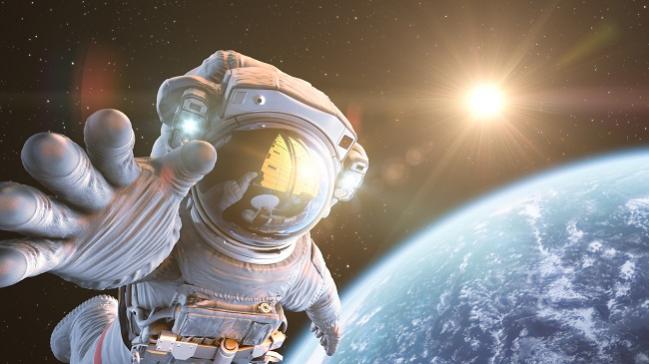 WASHINGTON, DC—More than a year after the controversial results of the ORBITA trial were released, the lead investigator says she has made significant practice changes when treating patients with stable angina.

The original ORBITA findings, which were presented at TCT 2017 by Rasha Al-Lamee, MBBS (Imperial College London, England), showed no difference in exercise capacity or angina symptoms at 6 weeks among symptomatic patients with single-vessel disease randomized to PCI versus a sham procedure. In secondary analyses, the researchers showed while lower fractional flow reserve (FFR) and instantaneous wave-free ratio (iFR) values tracked closely with improvements on stress echocardiography. Yet freedom from angina or exercise time in these patients did not appear affected by baseline FFR and iFR.

Practicing physicians have yet to come to a consensus on how these results should be interpreted in practice, but it’s clear to many that changes need to be made.

“Unfortunately, I can't come back and tell you that the results have changed,” Al-Lamee joked during a hot topics and controversies session this week at CRT 2019. “But hopefully what I can talk to you about is our expanded results now and how we've started to synthesize the results of ORBITA.”

In the wake of ORBITA, Al-Lamee says she now assesses symptoms of stable angina patients more thoroughly. “There [are] patients with breathlessness or atypical symptoms I'm not sure are conservative as to my expectation of what angioplasty may give them in terms of symptom relief,” Al-Lamee said. “I do put more effort into anti-anginal introduction and uptitration, and I do find that we can sometimes have some very good results. But of course many of our patients don't want to continue those tablets long term.”

Indeed, as Al-Lamee reported last year, a full 85% of patients randomized to the sham procedure in ORBITA elected to have PCI after the trial wrapped up.

There is also no rush to treat this patient cohort, she added, “because one of the main things we learned from ORBITA was that we can take those patients off the cath lab table and consider further what we want to do next.”

Al-Lamee stressed that treating ischemia is “very much a continuum. . . . There doesn't appear to be a definite binary IFR or FFR cut point by which we see symptom agreement or indeed ischemia agreement,” she said, adding that she involves “the patient in our decision-making and consider very much whether I want ischemia improvement or symptom improvement and discuss that with the patient.”

Lastly, Al-Lamee said she has “more realistic expectations for PCI” and if she is prioritizing symptom relief, she maximizes the power of positive thinking, “by showing [patients] the images, telling them how much we have done in terms of fixing that stenosis, and making them feel a lot better about it all.”

Critics of ORBITA cite many reasons why the trial was flawed. It could be, as some have implied, that the efficacy of angioplasty is relatively small, or that the trial design was imperfect. But Al-Lamee said a larger implication of this research is that “the link between ischemia and symptoms is complex.”

“Imagine the link between ischemia and symptoms and try and think about it schematically,” she directed the audience. “Imagine this tight epicardial stenosis that we see in our patients. We know that this is related to a pressure gradient and a drop in pressure across the lesion that relates to FFR and iFR values that we measure, and of course this is also related to issues with myocardial motion on noninvasive imaging. We imagine that all of this together combines to relate to the angina and the chest pain that our patients will tell us about in the clinic, and we are then happy to report that this is typical angina and caused by that epicardial stenosis.”

Prior to ORBITA, pain postprocedure could be interpreted in multiple ways, she said. For example, after performing PCI in the clinic and assuming that the patient’s stenosis has been treated and the pressure gradient has normalized, if the patient comes back with more pain, “we think that that's likely to be minor atypical twinges that are unlikely to be due to angioplasty, and of course [we] reassure patients that this is unlikely to be their angina,” Al-Lamee said.

By contrast, if a control patient from a non-sham-controlled trial like FAME 2 came back with chest pain, “the physician of course presumes that that must be chest pain related to the stenosis and goes on to perform urgent revascularization,” she continued.

“In ORBITA, we had no feedback loop. We had no ability to know whether the stenosis had been treated. So when our patients came back and told us they still had chest pain, we had to report that this was likely to be angina,” Al-Lamee said, adding that this is key difference between blinded and unblinded trials. “Even in our own ORBITA subset, what we found was when we unblinded the patients and then performed cath lab treadmill exercise experiments on the same patients, [those] who in the blinded trial had not had an improvement in terms of their exercise time or symptoms now had a significant improvement in rate-limiting angina symptoms and also a significant improvement in exercise performance when they are unblinded and told that their lesion had been treated.”

What this all means, she explained, is first that “no trial is without limitations,” and also that “perhaps the relationship between symptoms and ischemia is not quite as straightforward as we imagined.” It could be, too, that PCI is most beneficial in the subgroup of patients “who are more ischemic, who have less antianginal therapy, and perhaps have more to gain from that procedure,” Al-Lamee suggested.

Even so, Al-Lamee said, “if we have clinical equipoise in terms of symptomatic improvement, you will still find that the majority of our patients will prefer an upfront procedure as their first choice rather than long-term anti-anginal therapy.”

Ultimately, “ORBITA was designed to be one piece of a very enormous jigsaw puzzle, not the definitive answer on angioplasty in stable coronary artery disease,” she said. “It's always time for one more trial because we're interventional cardiologists and there's always space in the field to learn more. We've learned that placebo-controlled trials are safe and feasible. We need to understand more about PCI and stable angina.”

ORBITA was designed to be one piece of a very enormous jigsaw puzzle, not the definitive answer on angioplasty in stable coronary artery disease. Rasha Al-Lamee

The currently enrolling ORBITA-2 trial will randomize 400 ischemic patients with single- and multivessel disease and angina symptoms to PCI with drug-eluting stents or to placebo. The primary endpoint will be daily symptom frequency with a longer follow-up phase of 12 weeks. “So now we wait for the future,” Al-Lamee concluded. “I'll hopefully be back . . . to report those results, and we'll see, now with perhaps a more real-world antianginal therapy cohort and high levels of ischemia and multivessel coronary disease, what we find in terms of the treatment options for our patients with stable coronary artery disease.”