Accumulated data indicate no benefit to the strategy, but many doctors do it based on “biological intuition,” one expert says. 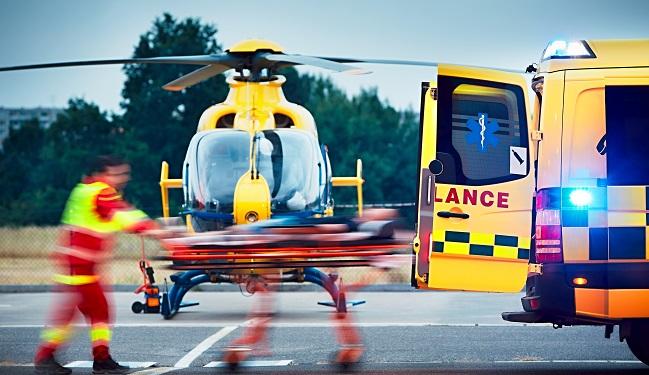 BARCELONA, Spain—Patients with STEMI are often pretreated with P2Y12 inhibitors before arriving at the cath lab for primary PCI, but a large registry study suggests that the effort doesn’t make any difference.

Although there were no indications of harm, Omerovic said he would make an ethical argument against the commonly used practice. Some patients thought to have STEMI might have other conditions like aortic dissections, takotsubo cardiomyopathy, or subarachnoid hemorrhage that could be exacerbated by the administration of potent antiplatelet therapy. “If the treatment is futile, I would argue against it,” he said.

Patients with STEMI are often pretreated because of potential benefits that include greater patency of the infarct-related artery at the time of PCI and reductions in periprocedural MI, early stent thrombosis, and infarct-related artery reocclusion. But there are also potential dangers, such as elevated risks of periprocedural bleeding and CABG-related bleeding (if surgery is needed), prolonged hospitalization, and bleeding in patients who might be treated inappropriately.

Data supporting the strategy in patients with STEMI are “indirect and weak,” with no definitive evidence of benefit, Omerovic said. The ATLANTIC trial, in fact, showed that prehospital administration of ticagrelor in the setting of STEMI—though safe—did not improve the primary coronary reperfusion outcomes.

That shaky evidence is reflected in US and European guidelines, which both leave room for interpretation by treating physicians as to when P2Y12 inhibitors should be given, Omerovic pointed out.

To provide some real-world data to inform the issue, he and his colleagues looked to the Swedish Coronary Angiography and Angioplasty Registry (SCAAR). Their analysis included 44,804 patients who underwent primary PCI for STEMI between January 2005 and November 2016. The vast majority (84.5%) were pretreated.

Other endpoints, including infarct-related artery patency at the time of PCI, definite stent thrombosis at 30 days, cardiogenic shock, in-hospital bleeding, and in-hospital neurologic outcomes, also did not differ between groups.

He acknowledged that the current study suggests that pretreatment doesn’t work, but he noted that there are limitations to registry studies, including the possibility that there are differences between groups that cannot be adequately adjusted for.

In addition, Kristensen said, the findings cannot be applied to all patients.

“I think there is still a niche for pretreatment in some patients,” he said, citing a patient with a large anterior MI who is going to require a lengthy transfer for PCI as an example. “But certainly evidence for treating all patients is really not there anymore, and I think we should use an individualized approach.”

Deepak Bhatt, MD (Brigham and Women’s Hospital, Boston, MA), also indicated that this study is not likely to bring the practice of pretreatment, which varies widely across US centers, to a halt.

He conceded that the supporting evidence for pretreatment in STEMI is weak. “The data would actually say no benefit of pretreatment,” Bhatt told TCTMD. “But I think based on biological intuition a lot of doctors do try to pretreat in STEMI thinking that there’s a high chance the patient will get a stent anyway, there may not be much of a risk to giving it sooner versus later, so go ahead and pretreat with the oral ADP receptor antagonist.”

Pretreatment seems to be safe, he said, adding that the only drawback to the practice would be in the rare cases involving patients who actually have an indication for surgery.

There are alternatives to pretreatment if the goal is to get more potent ADP receptor antagonism on board quickly, Bhatt noted. Historically, that would include glycoprotein IIb/IIIa inhibitors and in the current era, that would include cangrelor, he said.

STEMI Patients Benefit From Clopidogrel Given Prior to PCI Center