People with higher pain tolerance, particularly women, may be immune to chest pain and other “typical” features of MI. 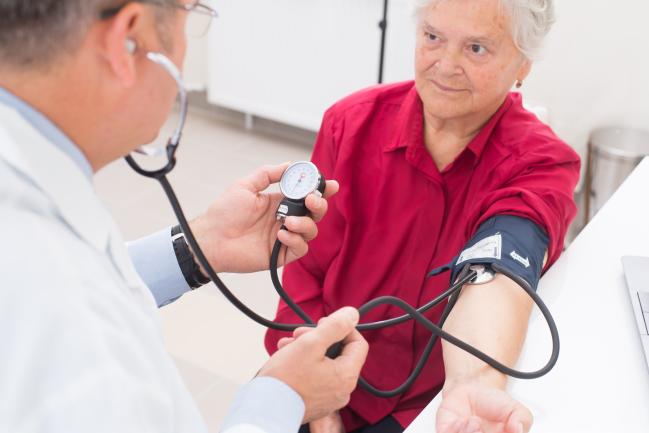 People who experience unrecognized—or silent—myocardial infarction may have reduced pain sensitivity compared with those whose MI is noticed, according to the results of a study recently published online in the Journal of the American Heart Association.

“Absence of chest pain should not lower alertness of doctors towards ischemic heart disease,” Andrea Milde Øhm, MD (University of Tromsø, Norway), told TCTMD in an email. “Questions on pain sensitivity or factors that affect this might be important in the assessment of patients at risk for cardiovascular disease, as we have shown that pain tolerance affects the clinical presentation of myocardial infarction.”

Øhm and colleagues conducted a cross-sectional study of 4,849 participants taken from the population-based Tromsø Study. Participants underwent the cold pressor test and an ECG in order to examine any association between pain tolerance and recognized or unrecognized MI.

After the data were adjusted for potential confounding factors, the association between pain tolerance and unrecognized MI was no longer significant, but the direction of the effect was unaltered.

Øhm and colleagues also looked at sex differences in the association between infarct recognition and pain tolerance. Women had fewer MIs than men (7% vs 19%; P < 0.001), though a larger proportion of their MIs were unrecognized (75% vs 58%; P < 0.001). In addition, more women aborted the cold pressor test compared with men (38% vs 23%; P < 0.0001). The researchers found that the association between unrecognized MI and lower pain tolerance was stronger in women than in men—and statistically significant in women only—but the differences between sexes was not statistically significant.

Øhm said that she was surprised to see that pain sensitivity appears to be such an important factor in the presentation and diagnosis of MI.

“Pain is a very common symptom when seeking medical assistance in general, and it is often what guides the clinician to a diagnosis,” Øhm said. “Many patients have an opinion on how well they tolerate pain, but this is difficult to quantify and measure in the daily clinical practice and is often overlooked because of that.”

Even with these results, there is not enough knowledge about unrecognized MI to plan guidelines or screening programs, according to Øhm. It is still unknown whether unrecognized MI evolves differently, or even whether it should be treated in the same way as recognized MI. However, clinicians should think of unrecognized MI as a diagnosis if patients present with other symptoms such as heavy breathing and swollen legs, she said, which can be symptoms of heart failure secondary to MI.

“The high prevalence and poor prognosis associated with unrecognized myocardial infarction makes this a hidden public health issue that constitutes a larger proportion of women’s heart disease,” Øhm said. “Research on this important topic is needed to clearly describe this group, and our study is an example on how looking into differences in other characteristics than the well-known cardiovascular risk factors is of importance.”