After taking on EXCEL, a divisive EACTS session turned its attention to TAVR with a second set of presentations. 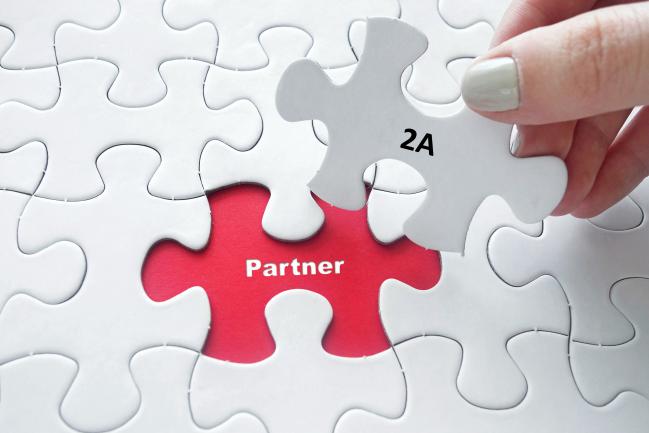 It was an explosive and divisive hour devoted to the EXCEL 5-year data that grabbed most of the attention in an European Association for Cardio-Thoracic Surgery (EACTS) 2019 meeting over the weekend, but the second half of the 2-hour session—benignly called “Trial Update and Evidence Review”—also offered its share of debate, this part dedicated to transcatheter aortic valve replacement.

But whereas the presentation of the EXCEL 5-year data by David Taggart, MD, PhD (University of Oxford, England), at EACTS diverged radically from what Gregg Stone, MD (Icahn School of Medicine at Mount Sinai, New York, NY), had presented at TCT 2019, Thourani's EACTS presentation of the PARTNER 2A data was almost identical to the one he'd given at TCT.

As previously reported by TCTMD, 5-year follow-up of the randomized PARTNER 2A trial showed no significant difference in the risk of death or disabling stroke between patients with severe symptomatic aortic stenosis at intermediate surgical risk treated with TAVR versus surgery, but also that moderate-to-severe paravalvular regurgitation (PVR) occurred at a higher rate with TAVR and was associated with a heightened risk of all-cause death.

“You start to see a separation of the curves, even though it’s not significant at 5 years,” said Thourani..

Speaking with TCTMD, Thourani said he was specifically asked to include this slide in his presentation but that his conclusions were unchanged. The “message” from both presentations, he said, “is exactly the same to me. The surgeons are spinning it differently, the cardiologists are spinning it differently, but I’m kind of neutral because I do both. The surgeons are saying, look, they died more [with TAVR]! And I’m saying no, they had more paravalvular regurgitation with a valve type that we don’t use any more and that’s directly correlated to the higher mortality. When you look only at the none-trace PVR, the curves [for mortality] are identical.”

Other presentations following Thourani’s looked at the SAVR-versus-TAVR question from different angles.

Statistician Nick Freemantle, PhD (University College London, England), presented a review of PARTNER 2A taking into account the trial withdrawals and loss to follow-up, which he described as a “massive challenge” to the internal validity of the trial and in fact a problem with all TAVR versus SAVR trials.

In a reanalysis of the data using a best/worst-case scenario for SAVR versus TAVR (assuming that all of the SAVR patients lost to follow-up survived and the lost TAVR patients died), Freemantle noted that the all-cause mortality rate for TAVR would be “horrifically big,” with an odds ratio favoring surgery of 2.12 (95% CI 1.77-2.53; P < 0.0001). “The analysis that I’ve done [is] exploratory; I don’t want you to go away and think that that’s the right answer, but it shows just quite how different the results could be depending on what’s actually happened to the patients that have gone walkabout,” he explained.

Next, Fabio Barili, MD, PhD (S. Croce Hospital, Cuneo, Italy), presented a new meta-analysis using individual patient data from all published, randomized controlled trials of TAVR versus SAVR. In this rigorous statistical approach, he said, TAVR emerges as superior to surgery for survival in the first few months after implantation but “represents a significant risk-factor for all-cause mortality after 40 months.”

Joseph Bavaria, MD (University of Pennsylvania, Philadelphia), took the stage next to present some up-to-date numbers from the Society of Thoracic Surgeons/American College of Cardiology TVT Registry, noting that plans are currently underway to use this database to develop TAVR risk models that can be used in the future to help heart teams make decisions on the best candidates for TAVR.

“Once a procedure like PCI or TAVR becomes percutaneous and you don’t have to crack someone’s chest to do it, then you have a lower threshold for using these devices,” she said. “I worry that we are introducing these, as we did for PCI and now TAVR, into patients that would be better off left alone or waiting until they develop symptoms and critical aortic stenosis before we intervene at all.”

Redberg emphasized: “We all want innovative devices, but we have to gather the evidence.”

Speaking with TCTMD after the EACTS session, Thourani was asked whether any of the presentations, including exploratory analyses of PARTNER 2A, had given him pause, particular as TAVR moves into younger, lower-risk patients.

His answer? No. “We did multiple imputations, we did all of those types of analyses,” Thourani said. “Quite frankly, PARTNER 2A was a well-conducted randomized trial and unfortunately surgical patients withdrew, which we have no control over.”

The bottom line, he stressed, is that the trial used an earlier-generation device that is no longer used, as well as an access approach that has been abandoned. “If we were still using earlier-generation devices, that have a higher rate of paravalvular regurgitation, then there would be a moment of pause in the younger patients; however, with CT-guided therapy, more transfemoral usage, and with the Sapien 3 having a less than 1% PVR rate, I have no concerns at this point, until we see the [longer-term] data,” he commented.

Unlike EXCEL, PARTNER 2A is following patients out to 10 years, although Thourani acknowledged he’s “worried” what this might show for the simple reason that the trial enrolled patients at a median age of 82. Most, he said, won’t survive into their mid-90s.

Also commenting on the EACTS presentations, Juan Granada, MD, CEO for the Cardiovascular Research Foundation, which runs the TCT meetings where the 5-year results for both of these trials were unveiled, said he “didn’t quite understand the controversy” at EACTS.

If anything, PARTNER 2A at 5 years delivered a result that surgeons should be happy about, Granada said. “Did anybody say that TAVR was superior to surgery? I didn’t hear that at TCT. I think Vinod’s presentation was honest, transparent, and clear.”

Granada also stressed that “demonizing” trials or investigators, or pitting surgeons against cardiologists, is a distraction and should not be the “main objective” of professional meetings or presentations.

“We need to be very thoughtful when we offer possibilities to our patients,” he said. “Everybody has to work together to understand what is the best option for each individual patient. And I really think, at the present time, that also involves EXCEL. There are patients who, technically speaking and hemodynamically speaking, everybody would agree—even the surgeons—[are] good for a [percutaneous] procedure and some patients even the interventional cardiologists would agree are better patients for surgery.”

Granada continued: “I would actually say that the message of PARTNER 2A was actually very friendly for the surgeons.”

Note: Granada is the CEO of the Cardiovascular Research Foundation, the publisher of TCTMD.

PARTNER 2A: 5-Year Outcomes From a Randomized Trial of Transcatheter vs. Surgical Aortic Valve Replacement in Intermediate-Risk Patients With Severe Aortic Stenosis