Right now, it’s unclear who needs which treatment and when, but experts at ISET 2017 said that tracking outcomes over time will provide clarity. 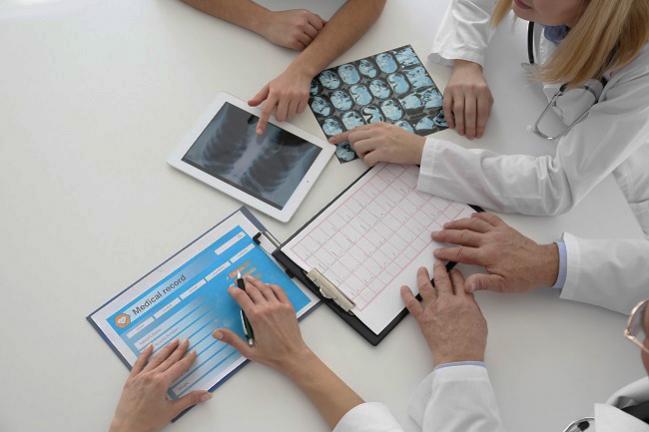 HOLLYWOOD, FL—Growing interest in rapid-response teams to treat pulmonary embolism (PE), popularly known as PERTs, is tempered by the absence of firm numbers to support available therapies, particularly in intermediate-risk cases. As recently reported by TCTMD, this has led to a high degree of variability in treatment depending on where patients are in the hospital and who is treating them.

On Monday, a panel of experts at the International Symposium on Endovascular Therapy (ISET) 2017 discussed the data and offered clinicians practical advice on how to organize a multidisciplinary approach to care. One message was strong: the only way to know if an intervention works is to diligently follow patients.

“I think it’s really important as interventionalists to acknowledge what is not known about our disease,” said Akhilesh Sista, MD (NYU Langone Medical Center, New York, NY). Studies thus far have been small and their primary outcomes are not clinical but rather radiologic or hemodynamic, he noted. “We can summarize that catheter-based thrombolysis is efficacious based on these studies but we don’t know about its effectiveness. We don’t know about long-term and short-term clinical outcomes.”

PE-TRACT, a randomized controlled trial to assess catheter-based thrombolysis among 414 patients in the setting of submassive PE, will hopefully fill in some of these gaps, Sista said. The trial, now seeking funding, is being pursued in partnership with the PERT Consortium.

“I cannot emphasize [enough] how important it is to follow your outcomes in some sort of clinic. It can be multidisciplinary. It can even be your own interventional clinic,” continued Sista, noting that he and others had done this at Weill Cornell and are now trying to implement it at NYU.

Such information can be helpful on the “acute side,” he stressed. “When you see a patient and you know the long-term outcomes, it can help [you] inform that patient of what’s most likely going to happen to them given the different treatment options.”

“What’s the best treatment? The evidence base is incomplete,” he said during his presentation, adding, “There’s no real standardized approach, even [within] our different centers.” Along with timely, coordinated care and other goals, one aim of PERTs is better data collection on clinical presentation, treatment efficacy, and outcomes. This will “provide an evidence base to close that gap in our knowledge,” Rosenfield noted.

“There’s huge opportunity for collaboration across institutions with PERTs and large-scale data collection and research initiatives,” he emphasized.

To TCTMD, Rosenfield said that the PERT at Massachusetts General Hospital began a multidisciplinary follow-up clinic about a year after its creation in 2012. “Some of these patients were falling through the cracks, and it wasn’t clear who was going to be taking care of them and specifically addressing their issues pertaining to pulmonary embolism and thromboembolic disease,” he commented. For example, it’s unclear who is responsible for monitoring anticoagulation, deciding if and when to stop anticoagulant therapy, and ascertaining long-term risk.

It’s important to keep an eye on things, Rosenfield explained, because the biggest risk factor for PE is having had a prior PE. Patients must be made aware of this risk, he said. “It’s very confusing and challenging for patients who are hospitalized to digest all the information that’s being thrown at them, and therefore having an outpatient visit with family present and a chance to reflect on what’s happened to them and the illness [leads to] a lot more absorption of information.”

Finally, he said, follow-up can be a chance to address the “very real phenomenon” of posttraumatic stress that can happen after PE. For many people, “this thing came out of the blue, and it struck them,” Rosenfield noted. “And [they wonder], ‘How am I going to know if it’s going to happen again? I had no warning or anything and whammo, I had a life-threatening situation.’”

Keeping an Eye on the ‘Continuum’

Session co-moderator William Gray, MD (Main Line Health/Lankenau Heart Institute, Wynnewood, PA), asked panelists whether each of their centers had an active screening program to monitor for chronic problems. “We’re finding that’s a very valuable thing in a small but real percentage of patients,” he said.

Victor Tapson, MD (Cedars-Sinai Medical Center, Los Angeles, CA), said, “We have a busy follow-up task service. In the PE clinic, we’ve seen 190 patients in the last 2-and-a-half years. We’ve had three chronic thromboembolic pulmonary hypertension [CTEPH] patients picked up out of that clinic. . . .  We try to follow-up everybody we see, so it works out well.”

Patients are also followed at his center, reported Keith Sterling, MD (Inova Alexandria Hospital, McLean, VA). “When you’re doing catheter-directed therapy, you’ll find the patient who looks like an acute PE. They come in and you do the treatment and nothing really changes. You’ll reimage them potentially and say, well, the clot’s still there and their pressures are still elevated. A lot of times the pressures will be markedly elevated, more than you’ll typically see with acute PE.” Several such patients were then referred for pulmonary thrombectomy, he said.

According to Sista, it’s important to track not only patients who undergo catheter-directed thrombolysis but also those who don’t. “I would recommend even being involved in the postprocedure care in those patients as well, because it makes you able to inform your future patients [and] also you start to develop a referral network,” he said. As your experience grows, he added, you’ll get a better sense of “what exactly this post-PE syndrome is.”

In fact, Rosenfield suggested in the session, it may be best to view this disease as a “continuum” from acute PE to CTEPH, with more subtle abnormalities in between.

Elaborating further, he told TCTMD that clinicians should be alert to symptoms that might indicate an ongoing problem, such as shortness of breath and impairment in exercise tolerance. “This is a pervasive problem that is multifactorial, and it’s always important to try to get to the bottom of it once you find it,” Rosenfield said. “Pulmonary embolism . . . looks like many other things,” he added. “Often it can look like pneumonia, MI, viral syndrome, on and on.”

It’s not a black-or-white situation where “you have a pulmonary embolism that resolves and it’s done. Clot’s gone, and you’re doing fine. Or, you have a pulmonary embolism and it leaves behind some residual that causes CTEPH in 3-5% of cases,” he said. “That 95% who don’t have frank, blatant CTEPH, they probably have varying degrees of scarring in their pulmonary arteries associated with the fact that they have a large burden of clot in there.”