An editorial calls the findings a “wake-up call” for hospitals to adopt proven radiation reduction measures. 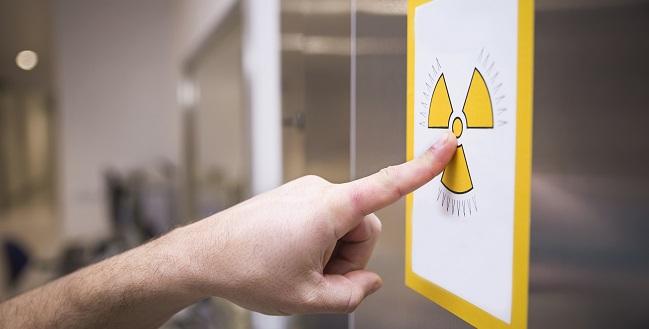 The hospital where a PCI is performed is a major determinant of the radiation dose that a patient receives, new data show.

“In the ideal situation, when any given patient undergoes a PCI, the radiation dose would be the same regardless of which hospital system performs it. Our observations demonstrate that that's just not the case,” Ryan D. Madder, MD (Spectrum Health, Grand Rapids, MI), told TCTMD. “That's concerning and also indicates an area that we can improve on.”

Madder stressed that there is a lesson in this study that speaks to a broader issue currently the focus of medical efforts worldwide, particularly since institutions with the highest radiation doses for patients probably also have the greatest amount of exposure to their physicians and staff. “As this [COVID-19] pandemic has pointed out, there are very important differences in safety practices across different hospital systems. Whether you're looking at the risk posed by a virus, or the risk posed by radiation exposure, there are opportunities to come out with [better] protocols to try to keep our workers and physicians and patients safe,” he observed.

Madder and colleagues’ study of a large hospital registry in Michigan found wide variation across institutions in terms of the percentage of PCI procedures having an air kerma ≥ 5 Gy. Even after accounting for patient and procedural variables, the institution performing the procedure remained the greatest independent predictor of high radiation doses.

In an accompanying editorial, John J. Lopez, MD, and Amir Darki, MD (both Loyola University Medical Center, Maywood, IL), say the variability “is alarming and is a wake-up call for hospitals to address training and adoption of proven efforts to reduce PCI radiation dose as a quality improvement initiative.”

To TCTMD, Madder added that the findings have broadscale implications.

“Our hope all along was that this research would have an impact on improving radiation safety everywhere, not just in the state of Michigan,” he said. “These results are relevant for all patients and all hospitals.”

For the study, which was published online yesterday ahead of print in JACC: Cardiovascular Interventions, Madder and colleagues analyzed radiation data from 36,201 PCI procedures performed at 28 Michigan hospitals between July 1, 2016, and March 31, 2018.

Patients in cases where air kerma was 5 Gy or greater were more likely to be younger, to be male, and to have high body mass index. They also had a higher prevalence of most traditional cardiac risk factors than those in whom lower doses of radiation were used. History of MI, heart failure, valve surgery, PCI, CABG, and PAD also were more commonly associated with higher radiation dose, as were elective procedures, stable angina, and cardiogenic shock within the previous 24 hours or at the start of PCI.

Work Still to Do

Despite a temptation to think that hospital systems performing the most complex PCI would naturally have the highest doses, Madder said their data show that not to be true. To TCTMD, he noted that two of the busiest cath labs in the study, both with high rates of complex procedures, had a frequency of air kerma ≥ 5 Gy in 1% or less of their cases.

“Perhaps this is a good starting point for many institutions to take a look at how frequently they're having doses that are high. If it's greater than 1% of their cases, then there's probably some work they can do to try to get them down,” Madder observed.

Lopez and Darki note that an important limitation of the analysis is not being able to determine the impact of individual physicians within a particular hospital, or the impact of particular fluoroscopic systems.

“This is particularly relevant because there is a growing body of research comparing different catheterization laboratory radiographic systems and methods of minimizing exposure to radiation with low-rate fluoroscopy and noise reduction technology,” they write.

Data from the study were shared with the hospitals involved and there has since been “very healthy dialogue taking place,” Madder noted. “We have seen a lot of interest amongst the different cath labs to really make a push at trying to improve their radiation safety practices.” Much of that push, he added, comes from the understanding that the entire team is affected by the radiation practice at their hospital.

An Age/Old Dilemma? Pulling Senior Cardiologists From the Front During COVID-19

Special Lunch Lecture: Radiation Safety in the Cath Lab - See Something, Say Something