Transcatheter edge-to-edge, ring, and chordal repair show early promise in different settings but have yet to prove themselves long-term. 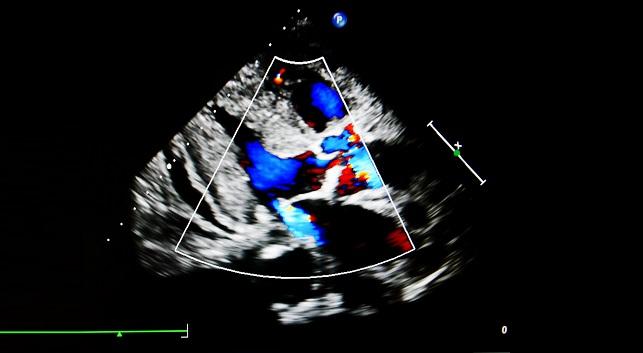 LONDON, England—Early first-in-human and feasibility studies presented here at London Valves 2017 suggest that a range of new innovations are making strides, albeit slowly, in the treatment of mitral regurgitation (MR). As to which ones will ultimately emerge as mainstay therapies alone or in combination with other procedures, only time will tell.

“It is a complex field, and I think we’re slowing seeing some potential therapies which may well have positive outcomes,” session co-chair Mamta Buch, MD (University Hospital of South Manchester NHS Foundation Trust, England), told TCTMD. “The key questions are their long-term durability, number one, and number two, how these different options will fit into some algorithm with respect to the sequence of interventions and which ones you’d choose first. We have an array of potential techniques and in time that will come down to a few that will prove more favorable outcomes long-term, but the more options we have, the more complex the decision-making becomes.”

Presenting early results for the combined 43-patient cohort, Gackowski showed that technical success was 95% (two patients were not successfully treated due to poor imaging, complicating the procedure) and procedural success was 93% (an additional patient with unrecognized dental disease developed infective endocarditis). Operators saw no deaths, strokes, or permanent pacemaker implantations but did record 10 serious adverse events. In addition to the conversions to surgery and repaired valve endocarditis, investigators also noted one case of tamponade, four pleural effusions, one case of chronic cholecystitis and one case of chest pain. At 30 days, however, MR grade—which was severe in all patients at baseline—had been reduced to mild or none in all but 12.5% of patients, who had moderate MR at 30 days.

Following Gackowski’s presentation, Buch observed that this type of chordal repair intervention might be particularly well-suited to being combined with a mitral annuloplasty procedure. In response, Gackowski offered cautious agreement, but stressed that “for now we cannot say anything” beyond the patients with isolated posterior leaflet prolapse treated in these first studies. “But we do have patients who have relatively small annuli and we believe, if you treat this early, you can perhaps prevent annular dilation,” Gackowski said.

The next speaker, Bernard Prendergast, MD (St Thomas’s Hospital, London, England), presented an update on the MAVERIC trial testing transcatheter annular reduction therapy (TART) for functional MR using the ARTO system. The device works by shortening the minor axis of the mitral valve through the implantation of an adjustable bridge anchored between the lateral wall and the septum, which can be sized to reshape the mitral annulus to achieve the desired reduction in MR.

As Prendergast showed here, technical success was seen in 100% of patients, with procedure times in the range of 90 minutes and a median hospital stay of 2 days. At 30 days most patients saw some degree of MR reduction, with the proportion of patients with grade 3+ or 4+ MR falling to 14% at 30 days. In terms of safety, investigators reported one case of renal failure, one cardiac tamponade, and one major bleed but no death, MI, stroke, or mitral reintervention. Three-year data, available for just seven patients, suggested that the procedure is durable; more than two-thirds of patients had an MR grade of 1+ or less and fewer than 15% had an MR grade of 3+ or more, findings that were mirrored in improvements in NYHA class. Reductions in hospitalizations for congestive heart failure were also striking, Prendergast noted, falling from 91% in the 2 years prior to the procedure to 27% in the 2 years thereafter.

“We’ve demonstrated that the system is effective in terms of echocardiography, with significant reductions in MR at 30 days (which are maintained at 3 years), more symptom relief and . . . [fewer] rehospitalizations for heart failure, which showed significant improvement at 2 years,” Prendergast concluded. “We’ve also demonstrated 100% acute device success with no need to retrieve or reposition any device, even though this is feasible with this device. Importantly, we’ve also demonstrated in this very high-risk group of patients that the system is safe.”

Six-month results for the full data-set are scheduled to be presented at TCT 2017 in 4 weeks’ time, he added.

Next up, Alec Vahanian, MD (Bichat Hospital, Paris, France), presented the latest results with the Cardioband mitral repair system (Edwards Lifesciences), a partial annuloplasty ring implanted via transseptal puncture, deployed, then adjusted and sized using a separate sizing tool. Eleven European sites are participating in the CE Mark study and, as Vahanian showed here, 60 out of 61 patients enrolled in the trial received the device, yielding an implant success rate of 98.4%. Two patients died prior to hospital discharge (although those deaths were deemed unrelated to the device), two patients did not have implant size adjustment, five patients had anchor detachment with MR reduction, and a further five patients has anchor detachment with no MR reduction. In addition, one patient had a hemorrhagic stroke, one needed elective mitral surgery, one patient had an MI, two patients had a major bleed, four patients developed renal failure, and one patient developed cardiac tamponade.

At 12 months, roughly three-quarters of patients had no MR to MR 1+ as compared with approximately one-quarter of patients at baseline. This correlated with a 28% reduction in septolateral dimension. These improvements also had a clinical impact, Vahanian suggested, with significant improvements seen in 6-minute walk test, quality of life measures, and NYHA class.

In a final presentation, Daniel Braun, MD (Klinikum der Universitaet, Munich, Germany), shared a retrospective analysis looking at the use of edge-to-edge repair for recurrent moderate or severe mitral regurgitation in 57 patients following failed surgical mitral valve repair. In more than half of the patients, the reason for their initial surgery had been functional MR. According to Braun, acute procedural success with the MitraClip (Abbott) was achieved in 84% of patients. Among the 47 patients in whom follow-up was available, MR grade of > 3 was reduced from 100% at baseline to 18% at a median of 16 months. Likewise, the proportion of patients with NYHA class ≥III was reduced from 87% to 34% at follow-up.

In five patients, the clip procedure was not successful: three subsequently underwent mitral valve replacement and one had a transapical valve-in-ring procedure.

Several times throughout the session, panelists and speakers discussed the potential merits of one procedure over another—although none have been compared head-to-head—and the potential to combine or stage the different approaches. One advantage of the Cardioband procedure, for example, is that it “doesn’t burn any bridges” in terms of permitting a second, potentially surgical repair at a future time point, Vahanian observed. On the other hand, the MitraClip may have the edge, so to speak, over an annuloplasty ring in the setting of asymmetrical secondary MR, he continued.

Speaking with TCTMD following the presentations, Buch observed that “each intervention needs to be considered with an eye to the future in terms of what that patient might require and what options we need to preserve.”

For now, the skills and experience with the different experimental approaches tend to be confined to different centers, she noted. “If these discussions highlight anything it’s the importance of being aware of complementary technologies and how they might be applied. I suspect, in time, the concept of specialized valve centers might gain more maturity and these technologies will have to be delivered from expert centers which have abilities in more than one technique.”

Getting there, she continued, may be a “long journey.”

“At the moment different centers are trying to at least get onto that belt of technology and gather some experience, but often the skills are transferable,” Buch said. “Later on, when the technologies are more mature and we know how to apply them, some skills that have already been adopted can be deployed, even if not in the technology that was first taken on at a given center.”