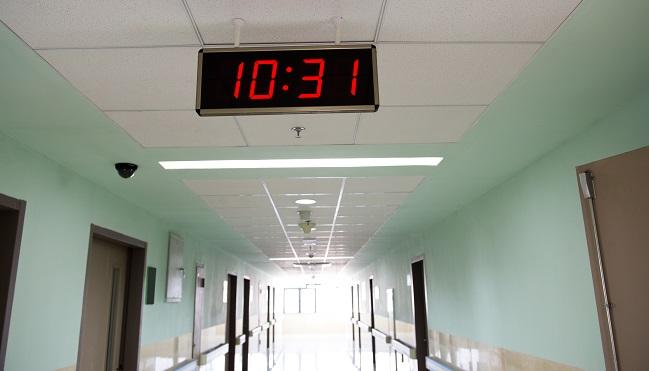 Performing on-pump aortic-valve replacement during the afternoon results in better outcomes, including less injury from ischemia and reperfusion, when compared with procedures done during the morning, according to the results of a new study.

The analysis, which also identifies how patients’ genes are regulated by the time of day, suggests that perioperative myocardial injury is “transcriptionally orchestrated by the circadian clock” and that afternoon surgery might provide better protection against myocardial injury and improved patient outcomes, say researchers.

Senior investigator Bart Staels, PhD (University of Lille, France), said the single-center study needs to be confirmed, but that its results raise the possibility of timing surgical procedures to mitigate risk in certain patients.

“We now need to identify much more clearly which patients who undergo surgery have the highest absolute risk of complications,” said Staels. “If we can identify high-risk patients, then we could identify patients in whom it is really important to get operated on at the right time of the day. That’s really our message here.”

Published October 26, 2017, in the Lancet, the study includes a propensity-matched analysis and a randomized study, as well as a transcriptomic analysis of myocardial samples to identify genes regulated by time of day and mouse-model experiments further investigating the biological mechanisms.

Speaking with TCTMD, Staels said the researchers became interested in circadian rhythms and the body’s “clock” when they were working on nuclear receptors and transcription factors that controlled genes involved in metabolism. Almost 20 years ago, they started looking at Rev-ErbA, which is a nuclear receptor involved in the regulation of metabolic pathways and believed to be part of the “molecular clock.”

“We became interested in the connection between metabolism and the molecular clocks. It’s been known that many physiological functions show a circadian rhythmicity, especially cardiovascular functions,” said Staels. “It’s also known that pathological complications, such as myocardial infarction, also show a circadian variation with incidence which is highest in the early morning hours.”

In the propensity-matched analysis of 596 individuals operated on in the morning and afternoon, major adverse cardiac events, defined as cardiovascular death, MI, and admission to hospital for heart failure assessed after a median follow-up of 500 days, were 50% lower among patients who underwent afternoon aortic-valve replacement (9.4% vs 18.1%; P = 0.002). The benefit was driven by a decreased incidence of perioperative MI and acute heart failure.

The finding, say researchers, means that for every 11 patients operated on in the afternoon, one major adverse cardiovascular event was prevented. “We know that a certain number of individuals develop complications from ischemia-reperfusion injury,” said Staels. The reduction in complications with afternoon surgery, were “surprising” and quite “spectacular,” although he did caution the results need confirmation.

Next, the researchers randomized 88 patients scheduled for isolated aortic-valve replacement surgery to a morning or afternoon procedure. For those treated in the afternoon, postoperative cardiac troponin T levels—a marker of myocardial injury and assessed here as area-under-the-curve (AUC)—were significantly lower when compared with those treated in the afternoon (179 ng/L versus 225 ng/L; P = 0.005). The results remained significant when adjusted for aortic cross-clamping duration and serum creatinine concentrations.

Following these studies, the group sought out potential mechanisms underlying the different outcomes. They performed atrial biopsies in 30 patients—half who had morning surgery, half in the afternoon—and observed significantly better contraction recovery following a hypoxia-reoxygenation challenge in patients randomized to afternoon surgery.

In the transcriptomic analysis, the researchers found that Rev-ErbA was highly expressed in the morning. Moreover, when the researchers knocked out the Rev-ErbA gene in a mouse model, they saw a corresponding decrease in cardiac ischemic injury.

“It opens up the possibility of therapeutic approaches to minimize the complications if somebody is operated on in the morning,” said Staels.

In an editorial, Thomas Bochaton, MD, and Michel Ovize, MD (both Hôpital Louis Pradel, Lyon, France), congratulated the researchers for not limiting the work to an observational analysis, but instead pushing through with complementary experimental research. Although it’s not known whether clock genes modulate cell death directly, or whether they affect ischemia/reperfusion injury, the study clearly shows that “circadian rhythm is of clinical importance in aortic-valve replacement surgery.”

“Even before we have drugs available to regulate the circadian clock, one might propose that high-risk patients should preferentially be operated on in the afternoon,” write Bochaton and Ovize.