It’s possible that a larger improvement in adherence would be needed to have an impact on risk, Tracy Wang says. 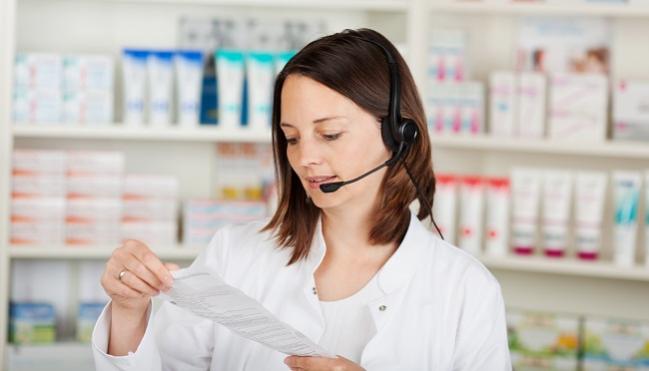 Overall adherence declined in the first year, although patients in the intervention group were more likely than those receiving usual care to be adherent at 1 year (46.2% vs 42.1%; P < 0.001), Niteesh Choudhry, MD, PhD (Brigham and Women’s Hospital, Boston, MA), reported at the American Heart Association 2017 Scientific Sessions held here last week.

“While this is a modest effect, this effect size was similar to those achieved by much more labor-intensive interventions,” Choudhry said at a press conference.

There could be multiple reasons, he said, for the failure of improved adherence to translate into better control of risk factors: potential inaccuracies in the routinely collected data used in the study, too small of an effect on adherence, or the possibility that therapeutic intensification was needed on top of better adherence.

The results thus have implications for future interventions, “which may need to be more intensive while still pragmatic, may need to focus on a more impactable patient population, and may simultaneously need to address adherence and other barriers to optimal disease control,” Choudhry said.

He underscored the importance of the issue by noting that half of patients with cardiometabolic conditions do not adhere to their prescribed medications, which ultimately leads to $100 to $300 billion in preventable health spending each year in the United States. Some interventions have been shown to be modestly effective at improving adherence, although they have been difficult to sustain.

In STIC2IT, Choudhry and colleagues evaluated an intervention designed to address some of the shortcomings of previous efforts. At 14 practice sites in a large multispecialty group, 4,078 adults with diabetes, hypertension, or hyperlipidemia who were not adherent to their medications and had poor disease control were randomized to usual care or the intervention.

Patients in the intervention group were contacted and offered pharmacist telephone consultations, motivational or reminder text messages, and automated individual progress reports. Just over half accepted the telephone consultation, and nearly all of those who accepted completed at least two calls. Roughly one in every 10 patients agreed to receive text messages and 6.7% were given customized pillboxes. The vast majority of patients (89%) received at least one report card.

Baseline adherence was about 57% in both trial arms, and it slipped over the first year. However, the intervention resulted in adherence at 1 year that was an absolute 4.7% better in an intention-to-treat analysis and 10.4% better in an analysis of patients who received a pharmacist consultation. The initiative had the greatest positive impact on adherence in patients with hyperlipidemia and hypertension, with no apparent effect in patients with diabetes, the smallest subset.

Serving as a discussant following Choudhry’s presentation, Tracy Wang, MD (Duke Clinical Research Institute, Durham, NC), said medication nonadherence “is a tremendous problem for us.” She said that for every 100 prescriptions written, only 50 are picked up from the pharmacy, 25 are taken properly, and 15 are refilled as prescribed.

Would we expect a less than 5% improvement in adherence to actually reduce risk? I think the answer there is probably not. Tracy Wang

STIC2IT was a well-designed study focusing on a critical population that already had a low rate of adherence at baseline and thus had substantial room for improvement, Wang said. Moreover, the intervention was low-cost and scalable and resulted in a sustained boost in adherence.

That did not, however, translate into better risk factor control, which Wang called “demoralizing.”

When discussing reasons for that disconnect, she cited the fact that the intervention was not embraced by all patients, with text messages and pillboxes used by less than 10%. “More likely than not the patients who declined these are the ones who probably need the help the most,” she said.

She also questioned whether the interventions could have been more closely connected to clinical care, with reinforcement delivered by primary care physicians, and whether disease-specific factors could be playing a role.

But ultimately, she suggested that the gain in adherence might not have been enough: “Would we expect a less than 5% improvement in adherence to actually reduce risk? I think the answer there is probably not.”

Wang concluded, “I think there is still room for improvement in this field. Even in a clinical trial setting, we’re seeing that performance is getting worse over time. And we still need to figure out how to substantially move the needle on adherence.”

My Takeaways From TCT 2017: Show Up, Keep It Civil, and Bring Your Best Self

2 years ago
The only symptom that I had was tingling in my legs especially at night after I retired to bed. The tingling became more severe where I could not get them to stop. I thought I had restless leg syndrome. My doctor tested me for diabetes and found that I had type II diabetes and the sugar was attacking my legs because it had no place to go. He put me on a sugar free diet and Actos and within one to two days my symptom were gone.. One day I got extremely sick, could not keep anything down, had blurry vision, a rapid heartbeat.I Started taking metformin 1000 mg twice daily. I am writing this to inform others that nothing was really working to help my condition.I went off the metformin (with the doctor’s knowledge) and started on Diabetes herbal formula i ordered from Health Herbal Clinic, my symptoms totally declined over a 7 weeks use of the Diabetes natural herbal formula. i am now doing very well, Visit there website www. healthherbalclinic. net or email Info@ healthherbalclinic. net This treatment is incredible!

PCI vs. CABG: The Impact of Medication Adherence on Comparative Outcomes