‘Practical Guide’ for NOACs Gets an Update

Writers on the new document stress that its aim is not to replace formal guidelines, but to help physicians in the correct use of the drugs. 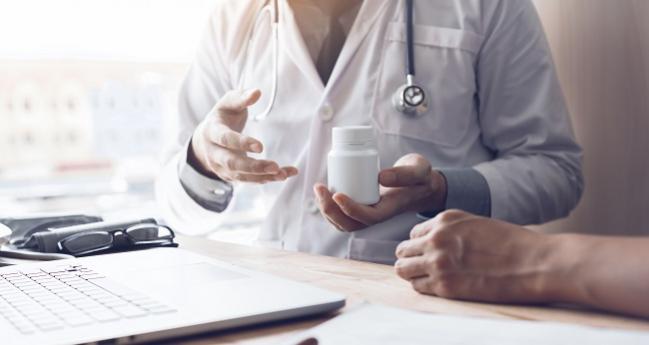 Clinicians continue to grow more comfortable deploying the non-vitamin K antagonist oral anticoagulants (NOACs), but there are lingering areas of uncertainty when it comes to specific situations encountered in daily practice. That’s where a practical guide from the European Heart Rhythm Association (EHRA), a branch of the European Society of Cardiology, comes in.

First published in 2013 and updated in 2015, the guide—focusing on patients with A-fib—has been revamped yet again to keep pace with accumulating experience and data in the area. The refreshed document was discussed yesterday at the EHRA Congress in Barcelona, Spain, and published simultaneously online in the European Heart Journal.

The NOACs, which include the direct thrombin inhibitor dabigatran (Pradaxa; Boehringer Ingelheim) and the direct factor Xa inhibitors rivaroxaban (Xarelto; Bayer/Janssen), apixaban (Eliquis; Bristol-Myers Squibb), and edoxaban (Savaysa; Daiichi Sankyo), have been shown to be at least as safe and effective as vitamin K antagonists (VKAs) like warfarin, but the newer agents come with the advantages of not requiring routine coagulation monitoring and having fewer food and drug interactions.

Although the latest European A-fib guideline recommends a preference for NOACs over VKAs when oral anticoagulation is being started in patients with A-fib who are eligible for NOAC therapy, it does not cover numerous specific clinical situations. Moreover, the summaries of product characteristics provided with each drug are limited in the information they can convey.

The EHRA’s practical guide, whose latest iteration was drafted by a committee led by Jan Steffel, MD (University Heart Center Zurich, Switzerland), aims to fill that gap. The updated document contains discussions and recommendations grouped together into 20 topics, up from 15 in the 2015 version.

Steffel told TCTMD that key revisions include clarification on the recommended timing of the last NOAC dose before the start of an elective intervention and updated information on how to manage a NOAC-treated patient who presents with an acute ischemic stroke, which might include use of a specific reversal agent like idarucizumab (Praxbind; Boehringer Ingelheim) for dabigatran or andexanet alfa (AndexXa; Portola Pharmaceuticals) for the factor Xa inhibitors. The latter agent is still awaiting approval by US and European regulators.

One of the five new sections tackles “rare indications, precautions, and potential pitfalls” regarding plasma level measurements in patients treated with NOACs. Although the agents were developed to be used without the routine monitoring required for the VKAs, information on plasma levels might be useful in certain situations, Steffel said, pointing to patients who require an emergency operation, who present with bleeding, or in whom lytic treatment is being considered for acute stroke.

That section is sure to be controversial, he said, because there is a dearth of randomized evidence to guide practice. “We’re not completely clear on what to do exactly with these plasma levels, because this has never been assessed,” Steffel explained.

However, controversy is to be expected for a document like this because it covers areas that are not reflected in clinical guidelines, Steffel said. “We don’t want to be a guideline and we’re not. This was never the intention of this guide,” he explained. “The guidelines tell us when to use which drugs. This is the highest level of recommendation. [With] the practical guide . . . the aim is to help physicians in the correct use of the drugs, not really to tell them when to use and when not to use.”

And Steffel said feedback for the guide since it was introduced in 2013 has been positive because there are many patients for whom use of oral anticoagulation is complicated. “The fact is that most of our patients are not the straightforward types of patients,” he observed, “and there are those that present with comorbidities, with problems, with coexisting coronary artery disease, stuff like that, so people are happy for this very straightforward type of guidance.”