Laura Mauri will be the new VP for global research at the company, which just got the FDA’s go-ahead for its pivotal test for the Symplicity Spyral catheter. 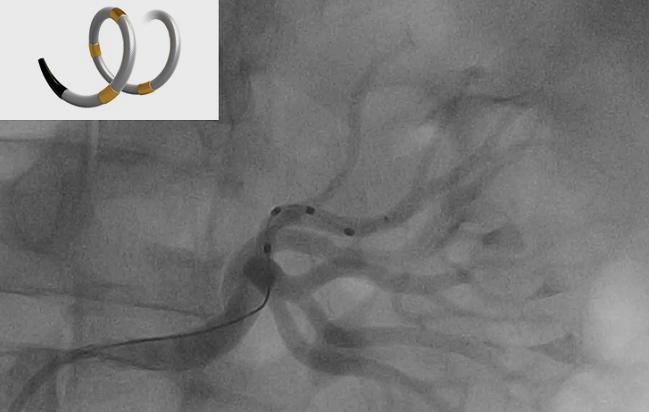 The company that has been battling to breathe life back into the renal denervation hypothesis made two blockbuster announcements this week. Over the span of 5 days, Medtronic announced not only that renowned clinical researcher Laura Mauri, MD (Brigham and Women’s Hospital and Harvard Medical School, Boston, MA), would be joining the company as vice president of global clinical research and analytics, but also that they had received regulatory approval to move ahead with a pivotal trial of their Symplicity Spyral renal denervation system.

Both Mauri and a media spokesperson for Medtronic characterized the two events as a coincidence, but the two announcements may hint at the seriousness of the company’s bid to succeed in the lucrative renal denervation space.

Mauri has served as principal investigator (PI) for multiple major clinical studies, is currently the PI for a study on another renal denervation device made by a competitor in this space, and has published numerous articles related to “pathways for moving forward” in renal denervation and “getting the trials right.”

In her new role, which will not be confined to cardiology, Mauri “will direct the company's dynamic global clinical research strategies which leverage her widely recognized clinical trial leadership and deep domain expertise in medical technology evaluation and clinical research methodology,” according to Medtronic’s announcement.

Speaking with TCTMD about her move, Mauri said: “I’m very excited about it. I’m looking forward to it. At the same time, I’ve had a wonderful time and feel very grateful for my experiences in academic medicine.”

The decision was not an easy one to make, she added, saying, “I’ve really enjoyed my career in medicine taking care of patients and doing clinical research, and I’ve had great colleagues at the Brigham and Harvard Medical School and collaborating on clinical trials all over the world.”

At the same time, the position at Medtronic provides an opportunity, she continued. “I think that Medtronic is in a great position to be able to lead [by] understanding how we can really bring important new technologies to improve healthcare for patients, and so that was a big factor in my decision.”

Mauri said that she’ll begin to work part-time for Medtronic in June and then move into a full-time role in September.

That will allow her to present the primary results of the SOLO cohort of the RADIANCE-HTN trial, a sham-controlled evaluation of ReCor Medical’s Paradise renal denervation system in patients not taking antihypertensive medication (SOLO cohort) and in patients taking a fixed-dose combination of three antihypertensive agents (TRIO cohort), at EuroPCR on May 23. Mauri will have to hand off her responsibilities for that trial and others she’s involved in when she starts at Medtronic.

Her expertise in renal denervation will no doubt prove useful given Medtronic’s other announcement Monday: that it has received approval from the US Food and Drug Administration to begin an investigational device exemption trial to evaluate the Symplicity Spyral system, which is already approved for use in more than 50 countries around the world but remains investigational in the United States and Japan.

The SPYRAL HTN Pivotal Trial will include up to 433 patients with untreated hypertension—not taking antihypertensive medications—at 50 sites in the United States, Europe, Australia, and Japan and randomize them to renal denervation or a sham procedure. The primary efficacy and safety endpoints are 24-hour blood pressure at 3 months and the incidence of major adverse events through 1 month.

The news comes after the positive results of the SPYRAL HTN-OFF MED study were released last year at the European Society of Cardiology Congress, showing that the updated catheter reduced blood pressure in patients with untreated mild-to-moderate hypertension compared with a sham procedure. The study, designed along with other pilot studies after efforts to figure out what went wrong in the failed SYMPLICITY HTN-3 trial, for which Mauri served on the steering committee, provided some hope that renal denervation could be revived.

Medtronic also announced Monday that results from the SPYRAL HTN-ON MED pilot study, which enrolled patients with uncontrolled hypertension despite taking three standard antihypertensive medications, will be presented as a late-breaking clinical trial at EuroPCR.

An equity research report released by Wells Fargo analyst Larry Biegelsen in response to Medtronic’s announcement estimates that the renal denervation field represents a “several hundred million dollar market” for Medtronic, although potentially not the “$1 billion-plus opportunity that many once thought.”

Childhood Obesity Can Affect Cardiovascular Risk Even If Resolved by Adulthood