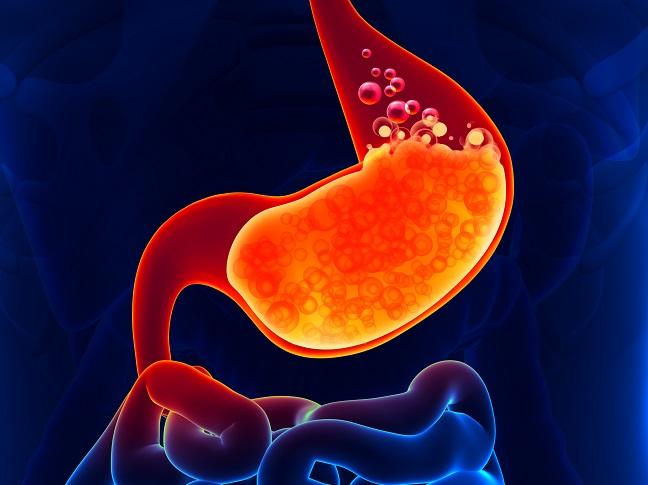 NEW ORLEANS, LA—Using proton pump inhibitors (PPIs) may increase the risk of having an ischemic stroke, according to a new large cohort study.

In an analysis of more than 244,000 people who underwent an elective gastroscopy, use of the drugs was associated with a relative 19% greater risk of ischemic stroke, with evidence of a dose-response relationship, Thomas Sehested, MD (Copenhagen University Hospital, Gentofte, Denmark), reported at the American Heart Association (AHA) Scientific Sessions 2016 here. The relationship was seen across multiple PPI types.

“We think that this study definitely questions the cardiovascular safety of these drugs, and due to the extent of PPI use in the general population, even a low increased risk of ischemic stroke might have a major health impact,” Sehested said.

He told TCTMD that there is not enough evidence to tell patients to stop taking the medications if they have a valid indication, but he noted that many people take the drugs without a good reason. “Doctors and patients need to consider if they really need the PPI,” Sehested said. If it is decided that patients require treatment, he added, “I think that we should consider giving them the lowest dose for the shortest possible time that’s indicated.”

Prescription of PPIs has increased rapidly in recent years, Sehested said, and use of the medications is common in the general population. But prior studies have suggested that PPIs may harm cardiovascular health through a mechanism that involves a reduction in nitric oxide synthase leading to endothelial dysfunction. Concerns have also been raised about a potential deleterious interaction with clopidogrel.

To explore the potential stroke risk, Sehested and his colleagues examined data from various Danish national administrative registries on patients undergoing elective gastroscopy between 1997 and 2012. The analysis included 244,200 patients who were free from prior MI or stroke; 43.7% were PPI users at baseline.

Through a median follow-up of 5.8 years, 3.9% of patients had an ischemic stroke. The unadjusted rate was higher in PPI users (88.9 vs 55.7 per 10,000 person-years), a finding that was consistent across age groups.

After adjustment for demographics, comorbidities, concomitant medication use, and socioeconomic status, PPI users had an elevated stroke risk (RR 1.19; 95% CI 1.14-1.24). No such relationship was seen with use of histamine H2 receptor antagonists, which have indications similar to those for PPIs.

The link between PPI use and ischemic stroke was seen across individual PPIs. High-dose—but not low-dose—therapy was associated with stroke risk.

“However, one must also keep in mind that peptic ulcer disease can be serious—as can GERD [gastroesophageal reflux disease]—and [can] lead to consequences that can be quite profound,” he said, stressing the importance of making a careful assessment of patients and discussing the risks and benefits of PPIs.

Highlighting the fact that the current study cannot prove that PPIs are causally related to ischemic stroke, Gorelick added that “this might be a good topic for a clinical trial, so that we have higher levels of evidence or proof that this is a real association and causation situation.”