The complication was infrequent in postmarketing adverse event reports but more common than in the trial supporting FDA approval. 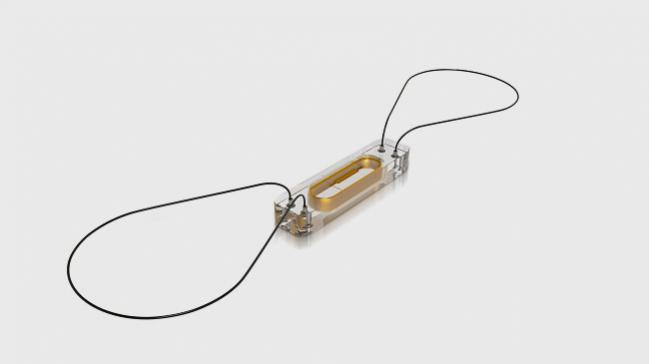 The overall safety of the CardioMEMS HF System (St. Jude Medical/Abbott) in its initial commercial experience appears to be similar to that seen in the CHAMPION trial, which supported regulatory approval, although injury to the pulmonary artery (PA) may be more frequent with real-world use, a new analysis suggests.

According to reports received by the US Food and Drug Administration (FDA) through its MAUDE database, about 2.8% of CardioMEMS implants performed in the first 3 years after approval were associated with adverse events, researchers led by Muthiah Vaduganathan, MD (Brigham and Women’s Hospital, Boston, MA), note in a research letter published online September 18, 2017, ahead of print in JAMA Cardiology.

For comparison, the rate of adjudicated serious adverse events in the CHAMPION trial was 2.6%.

The mix of adverse events, however, appeared to differ in the real-world setting, Vaduganathan told TCTMD.

In particular, only one case of PA injury was identified in the 550-patient CHAMPION trial, whereas 28 reports of PA injury/hemoptysis were found during the commercial experience, which covered more than 5,500 implants.

The frequency of the complication in the MAUDE database “was certainly a surprise and I think requires a little bit further clarification,” said Vaduganathan, who presented the results yesterday at the Heart Failure Society of America annual meeting in Dallas, TX.

He noted that prior research has shown that patients implanted with the CardioMEMS system, which is indicated for monitoring PA pressure and heart rate in patients with NYHA class III heart failure, in the postmarketing period have been at higher risk when compared with the CHAMPION population; on average, they have been older with a higher burden of comorbidities.

“If at all possible, sticking to the FDA label as well as the broad inclusion criteria of the CHAMPION trial may limit certain high-risk patient characteristics that may be associated with these adverse events,” Vaduganathan said.

For their study, the investigators scanned the MAUDE database for adverse events reported between May 28, 2014—the date of FDA approval—and May 28, 2017, finding 155 reports involving 177 events. They estimated the number of device implants in the United States during that period by reviewing investor reports and press releases, with corroboration by an Abbott representative.

Overall adverse event reports accumulated steadily over the study period. Reports of PA injury/hemoptysis and death, however, were concentrated shortly after the system became available and leveled off over time.

“These postmarketing surveillance data provide an early look at the real-world safety profile of this device in less selected, higher-risk patients, demonstrating comparable estimated overall adverse event rates with the CHAMPION trial,” Vaduganathan et al write in their research letter. “However, these data bring greater attention to infrequent but potentially consequential risks of PA injury and need for reintervention or device recalibration.”

Citing what appears to be a learning curve, Vaduganathan told TCTMD that, in addition to an ongoing postapproval study, “there’s probably an enduring need to continue to collect data, perhaps in a dedicated CardioMEMS registry, to track patient characteristics, provider or operator characteristics, and site characteristics to determine [whether there should be] a clear threshold or a number of implants before a clinician should adopt broader use of this device.”

A Fellow’s Take on Technology: Looking Closer at the CardioMems and CardioHelp Devices