No single thing is going to give all-round protection, experts say, stressing the need for a multipronged approach combining garb, shields, and technique. 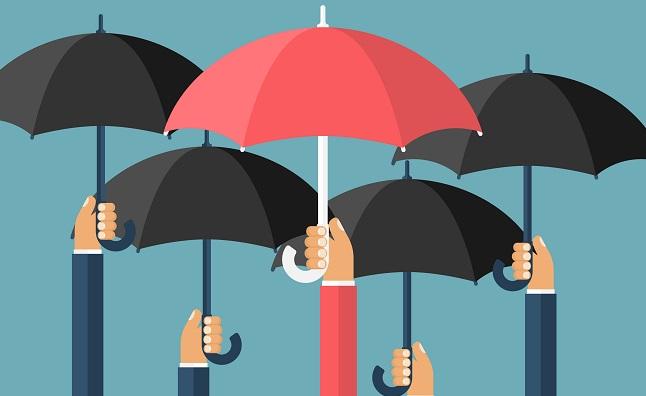 Currently available garb meant to protect operators from radiation exposure in the cath lab may not provide as much of a shield as some would expect, according to research published online today in JACC: Cardiovascular Interventions.

When a specially designed model—meant to mimic an interventional cardiologist—was exposed to scatter radiation while wearing protective glasses and a radioabsorbant cap, the researchers found that the cap provided minimal brain protection, demonstrating that “the optimistic perspective that radiopaque surgical caps substantially reduce brain dose is misleading.” Similarly, the glasses provided varying levels of protection to the left eye but none to the right eye.

Even so, investigators say the study is not meant to suggest that these measures should not be used, but rather to point out their limitations and to underscore the importance of using all available protection measures—both wearable and not wearable—at all times while in the cath lab.

“The main message from our study is that there isn’t one single thing that is going to ensure optimal protection,” said lead author Kenneth Fetterly, PhD (Mayo Clinic, Rochester, Minnesota), in an interview with TCTMD. “It’s a series of events or actions, and the use of multiple devices both on the physician and in the room that lead to enhancing the safety of the physician performing the procedure.”

The researchers constructed a physical model—in the form of an anthropomorphic phantom—that would be exposed to scatter radiation in their experiment. Radiochromic film was placed within cross sections of the phantom’s head and neck to get accurate readings of doses to those tissues.

The model was positioned as an interventional cardiologist would be when performing a left femoral procedure. During the experiment, it was exposed to radiation while wearing protective items, including 2 types of radioprotective glasses (0.75-mm lead equivalent, Liberty MX30, Phillips Safety Products, Middlesex, NJ; and 0.07-mm lead equivalent, XR-700, Toray Medical, Toray International America, Houston, TX), a commercially available radiopaque surgical cap (No-Brainer 9100, RadPad Protection, Kansas City, KS), and a homemade radiopaque hood fabricated from the material of the surgical cap that was fastened to the cap and surrounded the back of the model operator’s neck.

Fetterly said he believes the poor performance of the cap is likely applicable to all available brands, not just the one they looked at in the study. “The reason that previous studies and marketing materials indicate that they are effective is that the material they are made from does attenuate radiation. But the more important issue is that the X-ray shadow that is cast by caps of this design doesn’t go over the brain,” he observed. “It extends tangentially along the surface of the skull and protects some of the very shallow tissues of the head on the side where the X-ray beam originates, as we showed in the study. However, the brain is exposed to the same level of radiation whether you wear the cap or not.”

Due to the logistics of where the patient is positioned in relation to the operator in the cath lab, the radiation source is below the operator and therefore bypasses the radiation cap, added Emmanouil S. Brilakis, MD, PhD (Minneapolis Heart Institute, Minneapolis, MN), who was not involved in the study.

In an email, Brilakis said studies such as this demonstrate why it remains critical to minimize radiation dose for both patient and operator by multiple means. Some ways in which this can be achieved, he noted, include:

In addition, he said newer X-ray machines with radiation-reducing protocols may be helpful, as are both fixed and disposable shields.

Additionally, Fetterly said that the model described in the study may be useful in the development and testing of future protection devices to more accurately assess cath lab radiation exposure.

One of the stated aims of Fetterly et al’s paper is “to allow the estimation of interventional physicians’ head and neck tissue dose from personal dosimeter readings.” Speaking with TCTMD, however, Fetterly said the experimental results “are amenable to an individual operator estimating his risk by knowing what his own exposure is outside of his lead apron, specifically what his radiation dose monitoring badge reading is. And then with the data that we calculated, he can estimate dose to internal organs and his head and neck based on the results of our experiment."

But while an interventional physician can use their work to estimate his or her own tissue dose, Fetterly said, "a fair degree of uncertainty should be expected due to variability in practices, variable use of radiation shields, and differences in physician physique."

Brilakis, for his part, said he did not think the technique described by Fetterly et al could feasibly assess radiation exposure for individual operators. Instead, he suggested the use of real time radiation monitoring devices, such as Bleeper SV or DoseAware, for operators wanting to assess their exposures.