TCTMD asked course director Martin Leon for his thoughts on the hot button topics in transcatheter valves leading up to the meeting. 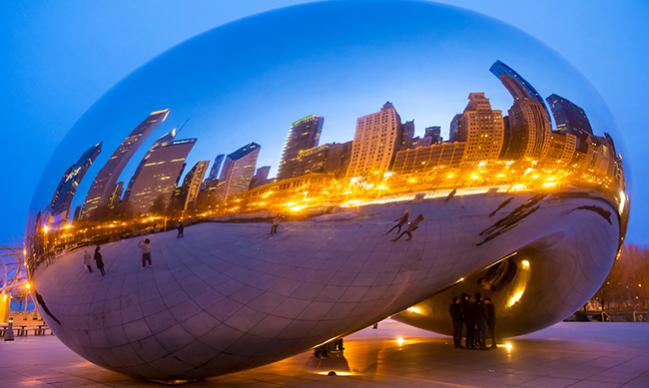 The TVT meeting, which kicks off next week in Chicago, is celebrating its 10th anniversary. TCTMD asked course director, Martin Leon, MD  (NewYork-Presbyterian/Columbia University Medical Center, New York, NY), what to expect from this year’s program.

TCTMD: So, the TVT meeting turns 10 this year. Looking back, how has this meeting changed over the past decade?

Leon: That’s right, it’s an anniversary year, but it’s also the 15th anniversary of TAVR as well, so it’s an exciting time and it allows us to look back and reflect. We started TVT at a time when TAVR was really just beginning to be clinically relevant—the same year that we initiated enrollment in the first PARTNER trial. We had imagined that this whole space of transcatheter valve therapy might not just be a niche, but actually could be the precursor for a whole new subfield in interventional cardiology that we had begun to call structural heart disease. Valvular heart disease had largely been the surgeons’ domain and interventional cardiologists were really not that skilled at understanding the anatomy and all the imaging techniques. So we worked closely and collaboratively with people . . . to develop something we called “bioskills” to help people learn how to use imaging and understand gross anatomy, and I think that helped people gain a better appreciation of the normal and the patho-anatomy that they were attempting to treat.

TCTMD: So how are you kicking off this year’s meeting?

Then we have an hour-long session on innovation. We challenged people to submit their innovative new ideas and they are really a futuristic look into what transcatheter valve therapy could look like.

TCTMD: You are part of the Thursday morning opening session, speaking about evolution, impact, and future expectations. What can we expect?

Leon: I’m going to speak historically to what Alain Cribier, MD (Charles Nicolle Hospital, Rouen, France), did in 2002 and try to give people a sense of perspective on what it was like to do that first case. Then I’ll try to scroll forward to show how far we’ve come, and then try to look beyond that to the next decade, trying to cover the generational transition from first in man/proof of concept to what, in the future, is going to become not just an everyday therapy, but one that will open up the bounds of what you can treat in patients with aortic stenosis beyond what the surgeons are doing now. It should be fun.

TCTMD: And what about the other highlight in the program itself?

Leon: Definitely in the first several years, this meeting was dominated by transcatheter aortic valves. I think we’ve gotten to a plateau there, which is a good thing—it’s still growing, but also maturing at the same time. But what is increasing from a developmental standpoint is the mitral and tricuspid side and this year’s program includes much more of this content. In fact, the majority of the live cases will be non-aortic cases, which is the first time that’s happened.

The other session that I think is critically important is, we know that imaging is key to this field and the ability to be able to use echo and CT to be able to study anatomy to plan procedures and to guide procedures is really a special aspect of this whole field. So Saturday is dedicated to this issue.

TCTMD: You say that transcatheter aortic valves are reaching a sort of plateau, but there are several sessions devoted to “highlights and controversies” in TAVR. Some of these touch on durability, but I also saw an interesting session looking at the growth in the number of centers performing TAVR. Is this an important topic in terms of operator volumes and patient access?

Leon: I think it’s a topic in evolution, it’s controversial, and there are different feelings about whether to make TAVR a routine procedure that’s available in all hospitals, or whether it should be a more selective procedure that is available only at centers of excellence. I think there are arguments on both sides and we’re going to try to explore those.

TCTMD: For the past 2 to 3 years we’ve seen so many different devices in the mitral valve replacement space and the questions being asked are: Is there too much innovation? How will the field get winnowed down? Will this meeting give us some clues as to which approaches are working and which aren’t?

Leon: We now have about a half dozen early feasibility studies in the US and at least two of those will be evolving into US pivotal trials in the next 6 months. So we’ll begin to see some of the devices start separating themselves from the rest of the field. I do think you’ll see a whittling down but it’s such a hot field that everyone wants to get in on it, so it’s a bit oversubscribed. The question is, how many devices can actually be brought into clinical practice? It’s clear that on the mitral side, unlike on the aortic side, this will be much more of what we call a toolbox approach, because the disease has so many variations. No one device is going to serve all functions, so we’re going to have several devices that involve repair and replacement to manage the totality of the patient population.

TCTMD: Mitral valve repair, on the other hand, has for many years been dominated by the MitraClip (Abbott Vascular), but there are now a number of different approaches being explored. We’ll see more of these at TVT 2017, I gather.

Leon: Yes. We’re targeting different structures within the mitral valve complex: the chords with chordal repair, the leaflets with things like the MitraClip and another device called Pascal (Edwards Lifesciences), and then we’re targeting the annulus with a variety of different annuloplasty techniques. So depending on where the disease resides in any given patient you can imagine a customized therapy and some staged therapies. That’s the other thing you’re going to hear more about at this year’s meeting is the combination approach.

TCTMD: I keep hearing the tricuspid valve referred to as the forgotten valve and, I gather, for a long time it wasn’t clear whether intervening in tricuspid disease was even worth doing. Given all the excitement implied in this year’s program I take it the consensus is, this is a valve that needs treatment?

Leon: This is a field of rapid evolution. Tricuspid disease is ubiquitous, but it doesn’t express itself clinically until late in the disease. The problem is that by the time patients start getting symptomatic, it’s almost too late to treat, so in the future, you really will have to get to it a little bit earlier on for it to have an impact on the natural history of the disease. So we have some new natural history data that will be presented showing that it clearly is associated with poorer outcomes, and surgical and medical therapies have been relatively inadequate. So it’s a very interesting topic to see if we can approach this valve with either repair or replacement and whether that will have an impact. We know that patients feel better when you treat the tricuspid regurgitation, but we don’t know how that’s going to affect mortality, what the natural history or remodeling of the ventricle will be.

TCTMD: We saw the REPRISE III data for the first time at EuroPCR; these data are also the focus of a session at TVT. Assuming the FDA [US Food and Drug Administration] likes what they see with the Lotus (Boston Scientific) and this device is approved, how do you see it being used alongside the other approved devices, the CoreValve/Evolut R (Medtronic) and the Sapien XT/Sapien 3 (Edwards Lifesciences)? Do we need another transcatheter aortic valve?

Leon: There’s no question that this device is different, it has different characteristics, and whereas you can probably treat the majority of patients with any of the three devices, there are going to be some patients with certain anatomies that may benefit more or less from one device or another. The Lotus device, because it is completely recapturable and can be reimplanted, allows you to more gently manage certain high-risk situations that would be difficult with one of the other devices. It has an extremely low paravalvular leak rate, which is exciting, but at the same time, the pacemaker rate is high. How it will influence overall use patterns, we’ll only know once it gets into commercial use.

TCTMD: TVT this year has a number of sessions devoted to cerebral protection during TAVR. The first such device, the Sentinel (Claret Medical), was recently cleared by the FDA. That’s despite having missed its primary efficacy endpoint in the SENTINEL trial. These devices aren’t cheap. What do you say to people who question the need to use cerebral protection in TAVR procedures?

Leon: This is a very controversial topic. There are going to be a lot of data and both the Sentinel and Keystone (Keystone Heart) devices will be shown in live cases and there will be some new data from registries, real-world experience, and re-analyses of the original clinical trial work. But I think the real question, as you say, is going to be: should these devices be used selectively or used systematically in all patients? I don’t think anyone has a perfect answer to this, but it’s an area that’s very, very hot right now and I’m sure there’s going to be a lot of contrasting opinions. My personal feeling is that it’s hard to argue when you know you’re showering the brain. We know quantitatively how much material is going to the brain after these procedures. We know what the diffusion-weighted MRIs look like in these patients. We know we’re doing something to affect brain cell death and the question is, is there a threshold? Does it matter? Can you measure some of the effects that might occur downstream? Are there certain populations that are going to be more sensitive to this?

TCTMD: In the 10 years that this meeting has been running, and in the 15 years that transcatheter aortic valve therapy has been around: have transcatheter valve therapies fulfilled your expectations? I know you’re enthusiastic about the field, but be frank: are there areas where advancement has not occurred as swiftly as you originally presumed?

Leon: Certainly, because I was involved early on—Cribier was my partner and we worked together in those very first cases—I’d say that on the aortic side it has vastly exceeded our expectations. It has allowed us to be creative and to be visionary about where we can take the management of aortic valve disease, beyond what we originally perceived as a niche therapy in the sickest of the sick patients. So that’s exceeded my expectations. But the mitral side began at about the same time—we began the EVEREST 2 trial even before we began the PARTNER trial—and on the mitral side it’s been a much slower, much more difficult, more ponderous approach. I think now it’s beginning to pick up significant momentum, but there’s also more uncertainly. So I don’t think we have yet fulfilled our expectations for treating atrioventricular valves, but we’ve exceeded them on the aortic side.

This interview has been edited for breadth and clarity.

Run to Your Heart’s Content: Marathons Not Linked With Subclinical Atherosclerosis