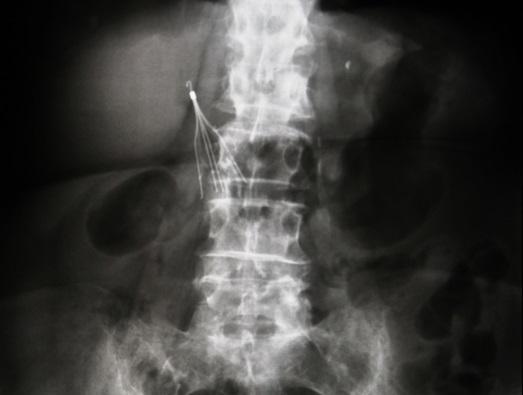 Debates continue over the merits of inferior vena cava (IVC) filters for patients with venous thromboembolism (VTE), with two viewpoints on the topic—one yea and the other nay—published online earlier this month in JAMA Cardiology.

The point of contention is whether, a full 40 years after these devices were first introduced in the United States, there is sufficient evidence to support their use. Even without deriving a clear survival benefit, one in six patients with pulmonary embolism (PE) are still given an IVC filter.

Behnood Bikdeli, MD, Joseph S. Ross, MD, and Harlan M. Krumholz, MD (all Yale-New Haven Hospital, CT), say there is a “major disconnect between the widespread use of and evidence base for IVC filters.” They assert that the evidence, as it stands, simply isn’t enough. Bikdeli et al call for the US Food and Drug Administration (FDA), payers, and patient advocacy groups “to scrutinize the use of IVC filters and to seek further information on not only the safety but also, and more importantly, the efficacy of these devices.”

Acknowledging that use of the filters in the United States “has been skyrocketing until recently,” Michael R. Jaff, DO (Harvard Medical School, Boston, MA), and John Kaufman, MD (Oregon Health and Science University, Portland), write that the “paucity of high-level data on filters is striking in light of the length of time that these device have been in clinical use.” Given the gaps, they argue for a “measured approach” to their usage.

In interviews with TCTMD, experts said that there is no one answer: sometimes IVC filter placement makes sense, and sometimes it does not.

“This is very controversial, and it really boils down to philosophies of medicine. I’ve been involved in many, many randomized clinical trials, and there is no question that is the ultimate way to find out if something is true. [But] there are certain things that don’t lend themselves to a clinical trial,” commented James E. Dalen, MD (University of Arizona College of Medicine, Tucson). With numerous indications and device variations, IVC filters fit that category, he said.

Guidelines from both the American Heart Association (AHA) and the American College of Chest Physicians recommend IVC filter placement in two groups: patients with acute VTE who have contraindications to anticoagulation and those with recurrent VTE despite adequate anticoagulation. The AHA also says that the filters may be considered in cases of massive (ie, hemodynamically unstable) PE and in instances of acute VTE and concurrent poor cardiopulmonary reserve. Other indications like patients with acute VTE being treated with thrombolytics or who also have cancer aren’t directly addressed, whereas both sets of guidelines advise against IVC filters in patients without contraindications to antithrombotic therapy who have either acute proximal deep vein thrombosis (DVT) or acute PE with high risk of recurrence.

The two best-known randomized controlled trials on the topic—PREPIC and PREPIC2—each assessed the impact of IVC filter placement in addition to anticoagulant therapy. PREPIC, published in 2005, found a lower rate of PE but a higher rate of recurrent DVT when patients with proximal DVT received a filter versus anticoagulation alone; there was no difference in mortality at either 2 or 8 years. PREPIC 2, published in 2015, again showed no mortality reduction, this time in patients with PE at high risk of recurrence; in fact, the rate of recurrence was numerically higher in the filter group.

Otherwise, the data largely come from observational and registry studies, Bikdeli and colleagues point out.

As recently as this month, results from the Spanish RIETE registry published in JACC: Cardiovascular Interventions were added to the mix. Researchers led by Meritxell Mellado, MD (Hospital del Mar, Barcelona, Spain), found that in patients who had recurrent DVT, IVC filter insertion did not impart a survival benefit. However, filters were associated with a lower risk of all-cause death among patients with recurrent PE.

What’s a Doctor to Do?

Speaking with TCTMD, Gregory Piazza, MD (Brigham and Women’s Hospital, Boston, MA), who is chair-elect of the American College of Cardiology Peripheral Vascular Disease Council, said that the “tried and true” indications are VTE patients who can’t be anticoagulated or have active bleeding and those who have a recurrence on anticoagulation. The other situations, he told TCTMD, are where the controversy lies.

Data from the Nationwide Inpatient Sample have shown that “when you place a filter for the proper indications, like patients who were very ill and had such significant pulmonary embolism that they were unstable and those types of settings,” the devices can be helpful, Piazza noted. The same cannot be said for patients who can be safely anticoagulated. Importantly, utilization patterns show the devices “tend to be used in patients with pulmonary embolism who don’t have contraindications to anticoagulation,” he added. “So we suspect they’re being used in patients not because they’re actually decompensated, but because the clinicians worry they may decompensate down the line.”

For his part, Dalen said an obvious indication for filter use is patients with unstable PE, where “we really know a filter can save a life.” Some people don’t accept that, because there has been no randomized trial, he said. “The chances of there ever being a trial are zero. It would almost be impossible to do.” About 4% of PE patients are hemodynamically unstable, Dalen reported, with many in this subset dying within hours.

It’s important, Piazza stressed, to keep having these conversations over what constitutes proper use of IVC filters. “There may be some other very high risk patients where placing a filter plus anticoagulation may help. But to do it in a very general, routine way, in patients with PE . . . that’s going to expose a lot of patients who aren’t getting any benefit from the filter to the potential harms of the filter,” he said, citing the potential for clotting, infection, bleeding, and other complications.

According to Bikdeli et al, the “approval of retrievable filters, with theoretical safety advantages but little proof of net benefit, [has] further fueled the use of IVC filters.”

The FDA, responding to reports of more than 900 instances of complications secondary to retrievable filters, in 2010 issued a safety communication that urged “implanting physicians and clinicians responsible for the ongoing care of patients with retrievable IVC filters consider removing the filter as soon as protection from PE is no longer needed.” Device manufacturers along with the Society for Vascular Surgery and Society of Interventional Radiology then initiated the PRESERVE study, which aims to enroll 2,100 patients. “Such efforts are commendable, and results of the study will provide more clarity on some aspects of IVC filter use and adverse effects,” Bikdeli and colleagues write. “Nevertheless, this single-arm study is incapable of addressing the efficacy question because the treatment is not being compared with alternatives; the device’s effectiveness cannot essentially be tested.”

Indeed, Piazza said, a “major patient safety issue” is that most “filters that are placed with the intention of being retrieved are not ever retrieved.

“Some of that may be because patients don’t follow-up with the provider, but some of that also may be that the provider doesn’t follow-up with the patient to make sure that once they’re back on anticoagulation they’re having the filter taken out,” he commented. “Some hospitals including ours now have an electronic alert system that notifies providers that the filter has been in place for X number of days. . . . Those have been shown to improve retrieval rates.”

The longer these filters remain in place, the riskier they get, Piazza emphasized. But at some point, it’s too late to safely remove those filters, and the question is whether such patients should be on a blood thinner, he added.

Jaff and Kaufman, however, stress that there are no data to back the clinical benefit of IVC filter retrieval. “We all believe that it makes sense to remove a filter when it is no longer needed to protect patients from PE,” they agree, “but strong shared belief does not equal fact.”

Even they, arguing on the “yay” side of the equation that there is in general enough evidence to support IVC filters, offer conservative advice: “We agree that indiscriminate use of IVC filters without clear indications places patients at risk of serious complications, and we do not support this practice. . . .Patients with murky indications should be evaluated individually, carefully, objectively, and perhaps by multiple knowledgeable physicians with differing perspectives to assess their actual risk of PE and anticoagulation-related complications. After IVC filter placement, all patients must be observed carefully and systematically and evaluated for IVC filter retrieval, if appropriate.”

Even Without Proof of Benefit, 1 in 6 Patients Still Given Vena Caval Filters