Rate of Incomplete Revascularization During PCI Is Highly Variable Across Operators

Interventional cardiologists should be aware of their biases when deciding on the approach for a patient with multivessel disease, one expert says. 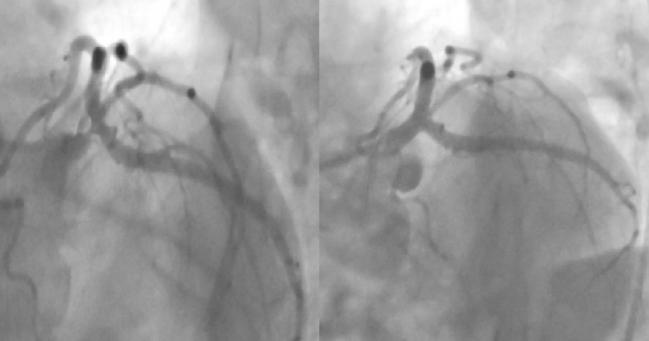 Most patients who undergo PCI do not receive complete revascularization of all anatomically significant lesions, although practice differs substantially depending on where—and by whom—they’re treated, registry data show.

In a population that excluded patients with chronic total occlusions (CTOs) or recent MIs—two major reasons for not pursuing complete revascularization—63% did not have all major epicardial vessels with at least 70% stenosis treated either during the index procedure or in a staged fashion, researchers led by Edward Hannan, PhD (University at Albany, NY), report in a study published online February 8, 2017, ahead of print in the American Heart Journal.

Two possible reasons for such a high rate, Hannan told TCTMD in an email, “are the ‘culprit lesion only’ mentality and lack of confidence in attempting complete revascularization.”

Hannan pointed out, however, that one of the most important study findings is the marked variation in that rate across operators. The 19% of interventional cardiologists who had lower-than-average rates allowed incomplete revascularization in 25% to 59% of their patients, whereas the 13% of operators with above-average rates allowed it in 69% to 88% of their patients.

Individual operators tended to be consistent in their use of incomplete revascularization over time.

The researchers identified several factors associated with greater use of incomplete revascularization, including fewer years in practice among physicians (15 years or less) and lower procedural volumes for both operators and hospitals.

Commenting on the study for TCTMD, Santiago Garcia, MD (University of Minnesota, Minneapolis), said that the observed rate of incomplete revascularization would likely be lower if assessments of the lesions’ functional significance by fractional flow reserve (FFR) were considered. Those data were not available, a limitation acknowledged by the authors, who say such information could potentially reduce the variation seen across operators.

Garcia noted that the absolute difference in incomplete revascularization rates between physicians with 15 years in practice or less and those with more time in practice was relatively small and was only borderline significant after adjustment for other factors (65% vs 61%; OR 1.17; 95% CI 1.00-1.37).

On the other hand, the analyses of procedural volumes yielded stronger relationships between fewer procedures and a greater likelihood of incomplete revascularization for both physicians (OR 1.35; 95% CI 1.14-1.59) and hospitals (OR 1.46; 95% CI 1.07-1.99).

But the most meaningful finding, he said, is the wide spread across operators in use incomplete revascularization, which points to the fact that physicians typically have a strong preference for complete or incomplete treatment and practice accordingly.

[We must] recognize that interventional cardiologists do have a bias, either in favor or against complete revascularization, and that it appears to be unrelated to the complexity of the disease. Santiago Garcia

“[We must] recognize that interventional cardiologists do have a bias, either in favor or against complete revascularization, and that it appears to be unrelated to the complexity of the disease,” Garcia said. “It’s that they decide to leave lesions behind because they think that they have no adverse consequences. And perhaps that’s not the right approach based on these data.”

To his fellow interventional cardiologists, he advised: “Be aware of your biases when you are facing a patient with multivessel disease and you are thinking about your stent strategy.”

For the study, the investigators looked at data from New York State’s PCI registry on 27,560 patients undergoing an intervention between July 2009 and June 2012. Patients had multivessel disease, no CTOs, and no MI in the 24 hours before the index procedure. Confirming prior studies, incomplete revascularization was associated with higher 3-year mortality (adjusted HR 1.35; 95% CI 1.23-1.48).

Numerous patient factors were associated with incomplete revascularization, but the researchers found that 12% of the variation in use of the approach was due to interoperator variation.

“Thus, it is likely that [incomplete revascularization] is not an inevitable choice based on patient presentation, but it is also quite dependent on operator comfort level and opinion,” the authors write. “This information should be helpful to individual operators and to hospitals when reviewing their procedural decisions.”

Garcia said that there is a lack of definitive evidence comparing complete and incomplete revascularization, particularly in a non-MI population, as well as some question about whether incomplete treatment itself results in worse outcomes or whether it is a surrogate marker for greater disease complexity.

Although there have been randomized trials supporting complete revascularization in patients with STEMI—including CvLPRIT and PRAMI—they have not been definitive because they have not been powered to detect effects on mortality, Garcia said. The “game-changer” will be COMPLETE, which is still ongoing, he added.

Those trials all involve patients with STEMI, but the findings are likely applicable to a population similar to the one included in the current study, Garcia said. “The reason why people get into the cath lab perhaps is less important than the concept [of complete revascularization].”

While awaiting concrete answers, however, “I think the default modality should be complete revascularization of all lesions that are suitable for PCI and are flow limiting by FFR,” he said.