Readmissions After Acute MI Not Only Confined to the Elderly

More than one in 10 patients under 65 are readmitted within 30 days, representing one-third of the $1 billion spent on readmissions annually. 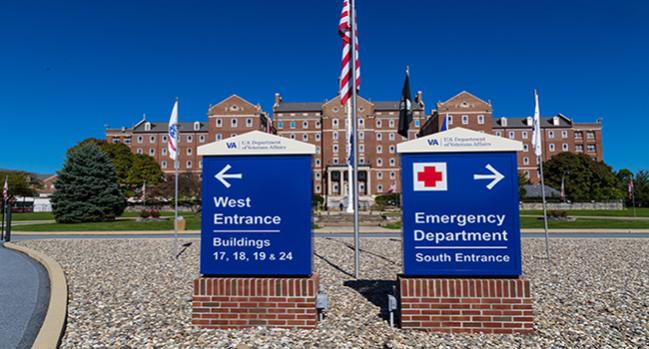 Thirty-day readmission after acute MI is not only an issue for elderly patients but also for the young and middle-aged, with women and low-income patients being at the highest risk of returning to the hospital, according to a new analysis of national data. Moreover, evidence suggests that the risk of readmission continues past 30 days.

Readmissions have long been a marker for quality of care, and financial penalties have been put in place by the Centers for Medicare & Medicaid Services (CMS) to ding institutions with exceptionally high rates of readmission among elderly patients. However, limited data exist regarding the readmission rates of those not covered by CMS.

“Most studies on readmissions have been focused on studying the elderly population,” lead author Rohan Khera, MD (UT Southwestern Medical Center, Dallas, TX), told TCTMD. “It's frequently assumed that the higher readmission rates we see in the elderly populations are because of some sort of illness or sickness or chronic disability. But we see that even among the younger population, one in 10 patients who are below the age of 45 who have an MI are readmitted within 30 days, which I think is a startling finding.”

The overall findings, published online August 4, 2017, ahead of print in the American Journal of Cardiology, show a 14.5% unadjusted 30-day readmission rate among 212,171 acute MI survivors discharged between January and November 2013 from the Nationwide Readmission Database. Almost half (44%) were younger than 65 years, more than one-third were women, and 61.5% underwent revascularization during their hospital stay.

The mean cost of a readmission within 30 days after acute MI discharge was $14,885, and this figure didn’t vary widely by age. Cumulatively, the authors estimate that out of the $1 billion cost of acute MI readmissions in 2013, one-third was spent in patients younger than 65.

Clinicians should not presume that younger patients with acute MI won’t use similar health resources in the future as elderly patients, Khera said. “From a health system standpoint, there needs to be more investment in understanding what are the factors that drive readmission risk in a particular patient and then try and reduce those risks. It may be more of the social factors that may be at play or maybe some other medication or insurance-related issues at play, so all these things are important to address at the time of discharge so that the patient has the highest likelihood of remaining hospitalization-free.”

Ajay Kirtane, MD, SM (NewYork-Presbyterian/Columbia University Medical Center, New York), who was not involved with the study, agreed. The findings especially related to subgroups at higher risk of readmission may encourage an overall recognition of this problem, but may also “enable folks to think of special efforts to focus on specific groups of patients,” he told TCTMD.

Given that the study is based on observational data, however, Kirtane said, “I wouldn't overextrapolate it and come up with programs that are overemphasizing those groups, because I think anything that can be done to deal with this issue of readmissions as a whole is going to be important.”

In contemporary practice, there’s a “system-wide effort” to discharge MI patients earlier than before, he commented. While younger patients are often thought to be more likely to set up and follow through on follow-up appointments, “the reality is that these type of data show that we really have to make efforts to be sure that people are plugged into follow-up and the postdischarge system of care so as to hopefully mitigate some of these readmissions.”

There are a lot of reasons why folks can get readmitted. Ajay Kirtane

There are “no national, federally mandated mechanisms to reduce readmissions in the younger populations,” Khera noted, so the onus falls on health systems and physicians to “take adequate steps to even focus their attention to these patient populations.”

As for whether there should be financial penalties for readmissions in younger patients like what is currently in place for the elderly population, he said that it is “highly debatable.” Something like that would be hard to maintain because “there’s not a single insurance provider for this population,” Khera observed, but the bigger issue is that “nobody is measuring and publicly reporting” readmissions in younger patients.

“One in 10 is coming back in,” he reiterated. “A lot has to go in before we make [readmissions in the young] a quality metric, but I think the first step is knowing if it actually is something that's widely rampant.  I think it seems like on an average, national level to be a big problem, and we have to figure out if some systems are doing better than the others.”

Personally, Kirtane said he is “not in favor at all of readmission penalties.”

“I think that there are a lot of reasons why folks can get readmitted,” he said. “Focusing solely upon readmissions as a quality metric, unless it's directly related to what happened during the procedure, which is hard to adjudicate, becomes a challenge.”

It is, however, important for hospitals to track their readmissions overall and to determine whether there are systematic lapses that lead to people being readmitted. “For instance,” Kirtane said, “did they not fill their medications, or were they not given the appropriate follow-up?”

But comparing this information between hospitals can get tricky. “Today, in hospitals that [care for] a lot of underserved patients, there may be other reasons for why people get readmitted that have less to do with the quality of care but more that have to do with systems issues,” he explained.

No Downside to Medicare Penalties for Hospital Readmissions for HF, Acute MI