Although the long-term analysis was underpowered, the difference between the devices had not been seen at 12 months. 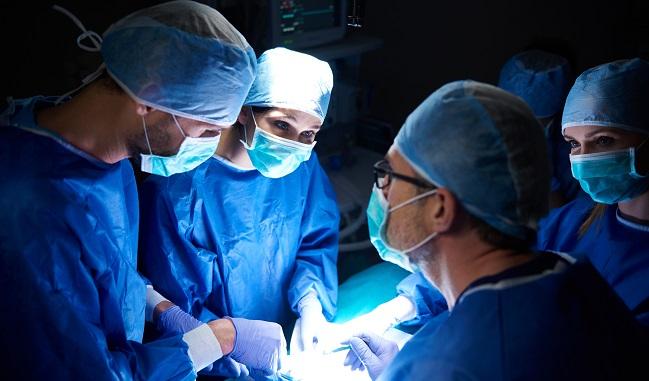 A head-to-head comparison of paclitaxel-based DES and DCB in patients with symptomatic femoropopliteal disease, including long lesions and severe calcification, suggests that while both therapies provide equivalent results at 12 months, stents may have an edge in the longer term.

“Interpretation of long-term results in this study is limited by the relatively small study size of 150 patients and the fact that study extension to 36 months was implemented while the clinical trial was already underway, yielding a limited number of patients with full follow-up at 3 years,” write Yvonne Bausback, MD (University Hospital Leipzig, Germany), and colleagues. The study was published online ahead of the February 19, 2019, issue of the Journal of the American College of Cardiology.

Commenting on the study for TCTMD, Gary Ansel, MD (OhioHealth/Riverside Methodist Hospital, Columbus, OH), said the real-world comparison of balloons and stents for PAD confirms what has been seen in trials comparing long-term patency with each of the devices to plain balloon angioplasty.

“In the 3- to 5-year data for drug-coated balloons, the difference between plain balloon angioplasty and drug-coated balloons starts to narrow, and that continues to 5 years. In the drug-coated stents, the difference between plain balloon angioplasty and stents continues to increase at 3 to 5 years. [REAL PTX] is giving us an even bigger data set [suggesting] that trend may be real,” he said. “It still needs to be confirmed, and certainly there are going to be specific types of lesions [in which] that may or may not be true.”

REAL PTX was conducted at five sites in Europe from March 2012 to May 2014. To address realistic clinical presentations, it included a significant proportion of patients with complex disease, including heavily calcified lesions (54%), chronic total occlusions (CTOs; 52.7%), and lesion lengths up to 30 cm.

Approximately one in four patients in the DCB group required bailout stenting with a BMS, either for middle- or long-length lesions, or for CTO. In the latter group, 37.5% required stenting. Subgroup analysis of DCB patients with and without bailout stenting showed results similar to the overall analysis, with patency rates of 73.7% at 12 months and 33.8% by 3 years. In lesions > 10 cm, restenosis accrued over time in both treatment groups, but there was a numerically lower patency rate for DCB at 3 years.

Although numerically more patients died in the DCB group than in the DES group, Bausback and colleagues say that “no safety signals were identified by the clinical events committee, and the observed 3-year mortality rate in the DCB group is within the expected range.”

In light of a recent meta-analysis suggesting a mortality signal beyond 1 year in PAD patients treated with DCB or DES versus plain balloon angioplasty, Ansel said it is likely that the REAL PTX investigators will conduct patient-level analysis of the deaths, as investigators of other trials are now doing.

The Future, Beyond REAL

“The REAL PTX study indicates that both DES and DCB may be effective and durable approaches, even in complex lesions,” writes Douglas E. Drachman, MD (Massachusetts General Hospital, Boston), in an accompanying editorial. “With a variety of endovascular techniques that may improve immediate gain in the vessel lumen at the time of intervention, we will need further studies to determine the best method to tailor the approach to the individual patient and lesions.”

Drachman noted that different DCB formulations and designs, as well as the use of atherectomy, laser atherectomy, cutting or scoring balloon angioplasty, or intravascular lithotripsy coupled with DCB, could improve long-term patency of balloon therapies.

To TCTMD, Ansel said REAL PTX “really does give us at least a first look at places where we probably should be using drug-coated stents versus drug-coated balloons,” but noted that the small size of the study and 20% loss of patients by 3 years—the researchers had predicted only a 7% loss—underpowers the trial and limits its generalizability.

The high bailout stenting rate, in particular, requires further examination and is of importance to patients, their physicians, and payers, Ansel added. Given a choice between paying for one DES or having to pay for both DCB and BMS in a single procedure, payers are going to want to know what provides the best value. Ansel added that the 5-year data for Zilver PTX are “a pretty darn good durability marker that the others are going to have to match up to before we just say you can do either one. I don’t think we can say that yet.”

Despite Increasing Access to Invasive Cardiac Care, Rural Patients Still at a Disadvantage

DES vs DCB Revascularization in Patients With Femoropopliteal Arterial Disease