Patients treated in the continued access study or included in the TVT Registry have similar 30-day outcomes as RCT patients. 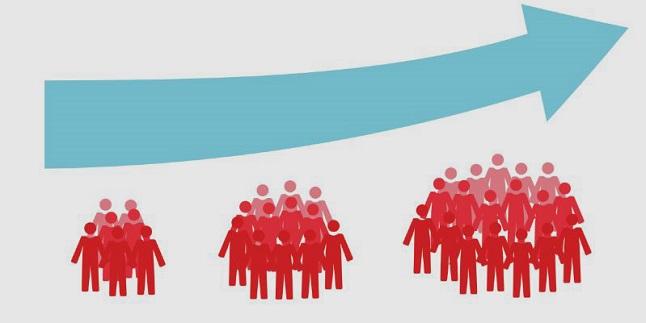 Early outcomes among real-world, low-risk patients who received the Evolut PRO (Medtronic) device after its pivotal trial wrapped up appear to experience outcomes that match those of patients treated in the more-controlled setting of the clinical trial, a new analysis suggests.

Bruce Rutkin, MD (Northwell Health, Manhasset, NY), presenting during the Saturday late-breaking clinical science session at TVT Connect, showed baseline characteristics, procedural outcomes, and 30-day results for the 171 patients enrolled in the low-risk RCT alongside those for 432 patients treated as part of the continued access study (CAS) and 543 patients included in the Society of Thoracic Surgeons/American College of Cardiology TVT Registry following approval of the new indication.

“Overall the clinical outcomes were consistent among the three study groups,” Rutkin said, calling this finding “the most significant, because we always talk about what’s going to happen when these patients are enrolled in a real-world, commercial setting and [if we’re] going to see significant differences versus the stringently controlled, randomized trial. So I think it’s reassuring that all three groups had similar outcomes, if not slightly improved for certain categories in the registry patients, albeit self-reported.”

For the most part, said Rutkin, the types of patients who received the self-expanding TAVR device after the trial wrapped up were similar in age, but more of the TVT Registry patients were women than in the RCT or CAS and more had NYHA class III or IV heart failure. Mean STS score was slightly higher in the TVT Registry patients than in the CAS or RCT groups, and more of the patients had bicuspid valves—5.6% as compared to zero and 0.7% in the RCT and CAS, respectively, both of which excluded bicuspid disease.

Procedural outcomes were similar across groups, but some differences emerged by 30 days, Rutkin noted. Mortality was incrementally higher in the TVT Registry patients than in the earlier cohorts. Stroke rates dropped, although these figures potentially reflect the fact that these were site-reported for CAS and TVT Registry patients, with less rigorous neurologic follow-up than that seen in the clinical trial. Myocardial infarctions and device thromboses were zero or next to zero across groups, but pacemaker implantations showed a steady decline from the clinical trial to the CAS to the real-world registry. This may reflect changes in clinical practice over time, Rutkin said, as operators grow more comfortable with the placement of the valve. Also hinting at operator proficiency, vascular complications dropped after the RCT closed out.

Improvements in hemodynamic performance and total aortic regurgitation at 30 days, a comparison done between the RCT and CAS only, were similar between groups and, in the case of aortic regurgitation, hinted that the degree of improvement seen at 1 year in the trial was already apparent at 1 month in the CAS.

Outcomes at 30 Days Across Study Groups

Commenting on the results, session discussant Subhash Banerjee, MD (UT Southwestern, Dallas, TX), called them “reassuring” but wanted to know whether investigators had any information on rates of coronary obstruction, an issue raised several times over the course of Saturday’s late-breaking clinical science presentations.

I think it’s reassuring that all three groups had similar outcomes, if not slightly improved for certain categories in the registry patients, albeit self-reported. Bruce Rutkin

In response, Rutkin said that he didn’t have data on the incidence of significant coronary disease or concomitant coronary procedures for this analysis, but pointed out that myocardial infarction at 30 days was close to nil across all three groups. “I don’t know that we have the reporting on the coronary obstruction rates, but I would guess it is extremely, extremely low,” he said.

Cusp alignment will likely be important as techniques and devices evolve, he added, noting that this is expected to help assuage concerns about later coronary access. “And I do think that . . . future iterations of the valve will have bigger cells where the left and right coronaries lie, to potentially facilitate coronary access,” Rutkin predicted. “Coronary obstruction is certainly something we talk about with low-risk patients, [but] in my opinion, just knowing some of the tips and tricks in terms of accessing the coronaries, I’ve found it really has not been an issue.”

J. Dawn Abbott, MD (Rhode Island Hospital, Providence, RI), also a discussant for the session, pointed out that while the pacemaker numbers are coming down, they are still relatively high.

“I would agree: we still are looking to achieve better rates. Certainly single-digit rates is the goal,” Rutkin said. In the RCT and the CAS, which included the same sites, the use of pacemakers varied widely, he noted: “Some in single digits, some as high as 30%. It certainly begs the question of why is there such a wide splay and what can we do to potentially get those rates more consistent and potentially in the single digit range?”

That said, he continued, “I’m certainly reassured that the trend is down-going as we [get] more experience with the device.” Part of that is likely due to better technique and better confidence with the bioprosthesis, but some of it might be different postoperative management between sites. Even so, he said, “I’m confident that those rates will come down and be in the single digits within the next few months or a year.”