Both pharmacological and mechanical means to prevent stent thrombosis still need to be explored in the modern era, a researcher says. 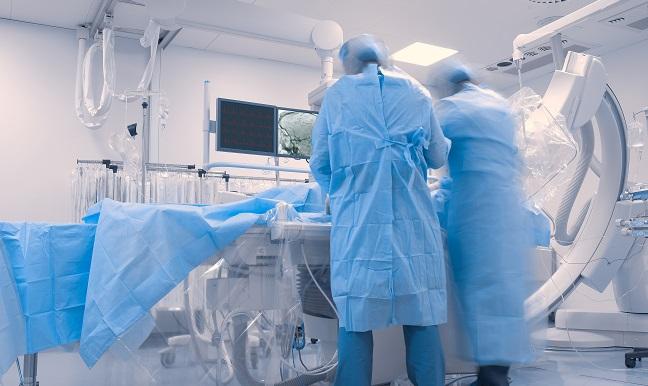 Although a relatively low rate of early stent thrombosis (within 30 days) can be achieved after primary PCI in real-world practice, there are signs that focusing on stent deployment and pharmacotherapy may be able to drive it even lower, a new study shows.

At a single center, early stent thrombosis occurred in 1% of patients treated over a 6-and-a-half-year span, with most cases arising within the first 24 hours after the procedure, lead author Kuljit Singh, MBBS, PhD (University of Ottawa Heart Institute, Canada), and colleagues report in a study published online July 22, 2017, ahead of print in Catheterization & Cardiovascular Interventions.

The two factors associated with the complication were a small stent diameter and the lack of intracoronary glycoprotein IIb/IIIa inhibitor use. Also, in the small number of patients with early stent thrombosis in whom IVUS was used for subsequent coronary angiography, stent malapposition and uncovered plaque were prevalent.

That indicates that even though good pharmacotherapy is important, it might not be enough, senior author Michel Le May, MD (University of Ottawa Heart Institute), told TCTMD.

“If you don’t deploy your stent properly, you may end up getting stent thrombosis regardless of the great pharmacotherapy that you use,” he said. “I think that it’s important to pay attention to stent deployment.”

Le May noted that IVUS was used in only a small proportion of patients. “The message I take from that is maybe we should use these new technologies, such as IVUS and [optical coherence tomography], perhaps a little bit more frequently” to check for proper stent deployment, Le May said.

Another takeaway from the study, he said, is that more needs to be done to prevent stent thrombosis in the first 6 hours after the procedure; 37% of events occurred in that “window of vulnerability.”

“We need to look at ways that we can both pharmacologically and mechanically prevent stent thrombosis still today,” Le May said.

Early Stent Thrombosis Has a Big Impact on Outcomes

The investigators examined data from a STEMI registry at their center on 2,303 patients who underwent primary PCI with stenting between June 2004 and January 2011. Either definite or probable early stent thrombosis occurred in 24 patients.

When looking for factors associated with early stent thrombosis, the authors found a nonsignificant trend toward more bivalirudin use in patients who had the complication (58% vs 40%; P = 0.07).

The 1% rate of early stent thrombosis seen in this study is on the low side of rates seen in clinical trials, which have ranged from 0.6% in the EUROMAX registry to 3.4% in the bivalirudin arm of HEAT-PPCI.

Le May attributed the “relatively low” rate achieved at his center at least partly to a standardized strategy of giving all patients unfractionated heparin and a thienopyridine before the procedure and then extending the low-dose bivalirudin infusion for a few hours after PCI (for cases in which the drug is used).

The authors acknowledge, however, that the study is limited by several factors, including the lack of randomization, the small number of early stent thrombosis events, the fact that clopidogrel was the preferred antiplatelet during the study period, and the use of mostly BMS or first-generation DES.

Nonetheless, the findings are important, in that they “demonstrate a real-world scenario of early [stent thrombosis] in all comers,” they say.