It seems reasonable to avoid AVR or any surgery in the 3 months after a stroke unless it can’t be avoided, editorialists say. 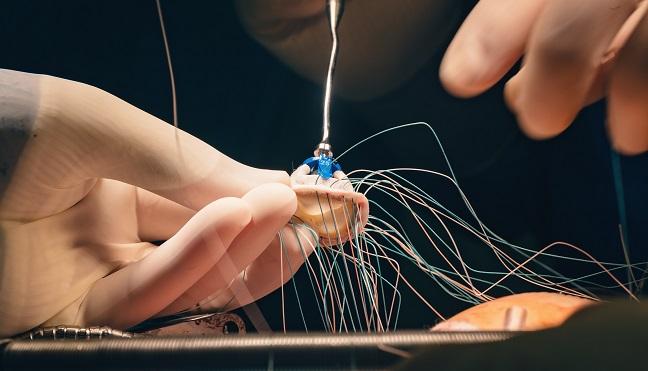 Patients who have a stroke in the 3 months before surgical aortic valve replacement (SAVR) carry a high risk of perioperative events, a Danish study shows.

The hazards lessened as the interval between the initial stroke and SAVR widened and disappeared after the gap reached about 4 months, the authors report in a study published online April 25, 2018, ahead of print in JAMA Cardiology.

“It’s important to keep in mind that this study is an observational study, so we can’t say anything about causality, but we think that our results may warrant further reflection in the preoperative risk assessment of patients with recent stroke,” Andreasen told TCTMD. “We think that these findings need to be confirmed in a randomized clinical trial where we need to show whether postponing surgery reduces the risk of recurrent stroke.”

A history of stroke is a well-established risk factor for periprocedural stroke after SAVR, but there is little information about whether the timing of the event before surgery makes a difference.

To tackle that question, Andreasen and colleagues examined data from Danish administrative registries on 14,030 adults with aortic stenosis who were treated with SAVR between 1996 and 2014; 4.4% had a history of stroke. Patients with prior stroke were more likely than those without such a history to have A-fib, ischemic heart disease, PAD, and carotid stenosis and to be taking antithrombotics, statins, and renin-angiotensin system inhibitors.

Though 30-day risks of ischemic stroke and MACE (nonfatal MI, nonfatal ischemic stroke, or death from cardiovascular causes) were highest in patients who had had a stroke within 3 months of undergoing SAVR, smaller—but still significantly elevated—risks also were seen for those with strokes 3 to less than 12 months and 12 months or more before surgery.

Prior stroke—regardless of when it occurred—was not associated with all-cause mortality at 30 days.

When asked about a potential mechanism linking a recent stroke with risk of perioperative events, Andreasen said that remains unclear but pointed to vulnerabilities among patients who have had a stroke as a possible explanation.

“Cerebral autoregulation is impaired immediately after a stroke, making penumbral tissue vulnerable to alterations in blood pressure,” she and her colleagues explain in the paper. “Thus, perioperative manipulation of blood pressure and interruption of antithrombotic medication may pose a particular risk in patients with a recent stroke.”

In an accompanying editorial, Michael Mullen, MD, and Steven Messé, MD (University of Pennsylvania, Philadelphia), highlight several limitations of the analysis stemming from the retrospective design and use of administrative data, including the potential for misclassification of outcome events, ascertainment bias if patients with prior stroke were followed more closely after the event, and unmeasured confounding.

Even though the authors acknowledge these limitations and thus characterize their findings as hypothesis-generating, Mullen and Messé say, “this study provides important information on an understudied topic.”

“Although this is an area that requires additional study, for now, it seems reasonable to avoid aortic valve surgery or any surgery within the first 3 months after a stroke unless the procedure is urgent or emergent and waiting would be harmful,” they conclude. “The old saw that patience is a virtue certainly seems to hold for cardiac surgery after a stroke.”