Experts say a new analysis from CURRENT AS helps shed light on the timing of aortic valve replacement, particularly in patients without symptoms. 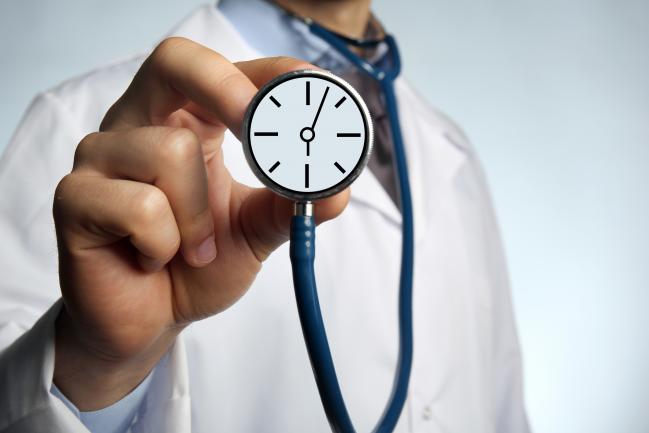 Patients with severe aortic stenosis and left ventricular ejection fraction (LVEF) values in what is typically considered the preserved range are actually at increased risk for poor outcomes, including death, when managed conservatively, new data suggest. Researchers say that in light of accumulating data treatment options for these patients should be reevaluated.

Although current guidelines from the American College of Cardiology and American Heart Association for the treatment of severe aortic stenosis consider LVEF ≥ 50% to be normal, or preserved, the findings from the multicenter CURRENT AS registry show that patients with values in the range of 50% to 59% have a greatly increased risk of valve-related death or heart-failure hospitalization compared with those who have LVEF ≥ 70%.

In their paper, the researchers also note that LVEF thresholds for asymptomatic patients, as noted in current guidelines, not only were derived from studies of primarily symptomatic patients but also from studies in which the LVEF cutoff was not 50%. “Therefore, we might consider an early aortic valve replacement (AVR) strategy in asymptomatic severe AS patients with LVEF 50% to 59%,” said lead author Tomohiko Taniguchi, MD (Kyoto University Graduate School of Medicine, Kyoto, Japan), in an email.

In an accompanying editorial, James M. McCabe, MD (University of Washington School of Medicine, Seattle, WA), agrees that accumulating data are leaning toward the concept that early AVR reduces risk and that current guidelines may “circumscribe the population most in jeopardy when managed conservatively.”

According to McCabe, the question now is whether the long-held paradigm for AVR has been a compromise born of dated intraprocedural risks and attempts to limit repeat sternotomies for failing bioprostheses.

“The cost of such a bargain has been low, but meaningful, rates of adverse outcomes in the surveillance period,” McCabe writes. “In the face of down trending procedural risks and increased opportunities to avoid some (if not most) difficult re-do sternotomies, perhaps our tolerance for adverse events during the asymptomatic period of severe aortic stenosis should be reconsidered.”

Taniguchi’s study, published last week in JACC: Cardiovascular Interventions, included 5-year follow-up data on 3,794 consecutive patients with severe aortic stenosis seen in 27 Japanese centers between 2003 and 2011. As previously reported by TCTMD, just over 1,800 of CURRENT AS patients were asymptomatic at the time of enrollment. For this new analysis, outcomes for all patients (regardless of symptom status) were assessed according to their LVEF at index echocardiography: LVEF < 50%, LVEF 50% to 59%, LVEF 60% to 69%, and LVEF ≥ 70%. Initial treatment strategy was AVR (surgical or transcatheter) in 1,191 patients and medical management in 2,603 patients.

In the AVR group, cumulative 5-year incidence of the primary outcome measure was highest in patients with the lowest LVEF, ranging from a high of 20.2% for LVEF < 50% to a low of 12.4% for LVEF ≥ 70%. Additionally, across the spectrum of LVEF measures, mortality rates at 30 days after AVR did not differ (P = 0.68).

In subgroup analyses, there were no interactions between symptom status and LVEF on the occurrence of the primary endpoint.

To TCTMD, Taniguchi said there is need to “reevaluate the current guidelines with regard to the LVEF threshold and indications for intervention, although further studies are needed to define the optimal cutoff value of LVEF for LV systolic dysfunction in patients with severe AS.”

According to McCabe, the ongoing EARLY TAVR trial may shed more light on the issue of how to manage asymptomatic patients. The trial is randomizing patients with no symptoms, severe aortic stenosis, an LVEF > 50%, and a negative exercise stress test to early TAVR or careful surveillance.

“Whether our view towards earlier treatment of aortic stenosis changes commensurate with recent innovations and broader treatment options will need to be elevated through the ranks, but I would expect the point to be raised with increasing frequency in the years to come,” he concludes.

To TCTMD, Taniguchi noted: “We fully agree with the message in the editorial raising the idea that considerations for valve replacement in patients with severe aortic stenosis may be based on outdated thinking about procedural risk and adverse events.

“The clinical practice in patients with severe AS has dramatically changed,” he continued. “Improved surgical techniques have led to lowering operative mortality, and TAVI outcomes have also improved with experience and device development. Therefore, the time has come to reevaluate the traditional evidence and to finally provide the definitive evidence in patients with severe AS that will guide future practice.”

Elderly Asymptomatic Patients With Severe AS Are Often Treated Too Late

Severe Aortic Stenosis Gets Its Own Appropriate Use Criteria