Not designed to assess efficacy, the study supports safety and feasibility in this setting. But no clinical benefits emerged. 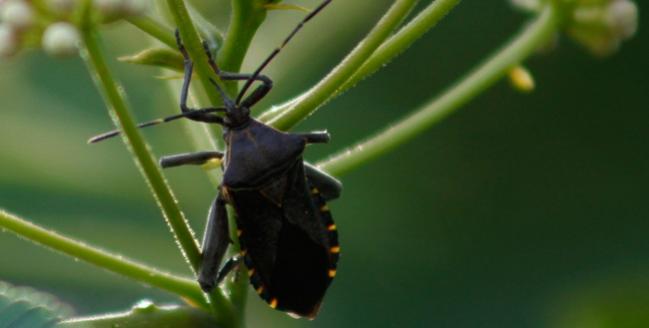 Catheter-based renal denervation, which has seen its fortunes rise, fall, then rise again (more tentatively) as a treatment for hypertension, is now being evaluated as a possible option for patients with Chagas cardiomyopathy.

In a randomized pilot study, the procedure was performed successfully and without in-hospital complications in all 11 patients assigned to receive it. However, there were no significant differences seen in clinical outcomes or any other efficacy measures at 9 months between the patients who underwent renal denervation and the six patients who were treated conservatively, according to findings published online recently in Catheterization and Cardiovascular Interventions.

“This pilot study suggests that renal denervation is safe and feasible in patients with Chagas cardiomyopathy, warranting future studies to better evaluate the clinical efficacy of the interventional strategy in improving the prognosis of this high-risk population,” lead author André Spadaro, MD (University of São Paulo Medical School, Brazil), and colleagues conclude.

Commenting for TCTMD, Ann Bolger, MD (University of California, San Francisco), noted that in Chagas disease, “there is a profound component of neurologic derangement in the myocardium itself. It’s actually part of the disease, it’s part of what happens in other organs as well as the heart. And so thinking about a therapy that is preferentially targeting the neuroendocrine axis is very appealing.”

Chagas disease, caused when the parasite Trypanosoma cruzi is transmitted via insect bite, is endemic to Latin America, and 20% to 30% of those who become infected will go on to develop overt Chagas heart disease, the investigators say. “Advanced Chagas heart disease is characterized by dilation of both atriums and ventricles [and] with biventricular dysfunction and persistent myocarditis.”

Chronic heart failure related to Chagas disease usually becomes apparent decades after the initial infection due to processes that are not entirely clear, the authors note.

“Cardiac remodeling in Chagas heart disease is modulated by neurohormonal activation, which is characterized by high levels of norepinephrine, excessive sympathetic activation, activation of the renin-angiotensin-aldosterone system, and increased levels of inflammatory cytokines,” Spadaro et al explain. “In theory, strategies directed to decrease the sympathetic tonus may be of potential benefit for patients with advanced Chagas heart disease.”

A First for Chagas Cardiomyopathy

Renal denervation targets sympathetic activation and has been tested as a treatment for a variety of conditions, including hypertension, atrial and ventricular arrhythmias, and heart failure, with some evidence suggesting that it can be beneficial in all of those settings.

It has not, however, been evaluated in the setting of Chagas cardiomyopathy. For this open-label pilot study, which had as its main objective the assessment of the feasibility and safety of renal denervation, the researchers recruited 17 patients with advanced symptomatic disease—all had NYHA class II or III symptoms and the average LVEF was 26.7%. They were randomized in a 2:1 ratio to renal denervation with the radiofrequency open irrigated-tip Celsius Thermocool ablation catheter (Biosense Webster) or conservative management, with medical therapy left to the discretion of the investigators.

There were no in-hospital complications following renal denervation.

The primary endpoint of the study was the incidence of major adverse events (all-cause death, MI, stroke, the need for renal artery invasive treatment, or worsening renal function) at 9 months. The rate was not significantly lower in the denervation arm than in patients treated conservatively (36.4% vs 50.0%; P = 0.60). Mortality was high in both groups (18.2% vs 33.3%; P = NS). Worsening renal function occurred in about a quarter of the patients in each group, with no cases of MI, stroke, or invasive renal treatment seen.

Among those who were still living at 9 months, there were no differences between study arms in clinical, laboratory, functional, echocardiographic, or quality-of-life measures.

“Notwithstanding that the present study was not primarily designed to assess the efficacy of renal denervation, there were no distinct signals of a beneficial effect after the invasive intervention,” Spadaro and colleagues write.

They say that the lack of clinical improvement could be related to the high level of risk seen among patients with Chagas cardiomyopathy and also the specific disturbances of the autonomic nervous system seen with this disease, which seem to involve both enhanced sympathetic activity a “loss of parasympathetic modulation.”

The “complex pathophysiological milieu” seen in Chagas cardiomyopathy “might, at least partially, explain the lack of response of our patients to renal denervation,” the investigators speculate.

Asked about the lack of any signal of efficacy, Bolger pointed both to the short duration of the study and to the likelihood that these patients were already being very carefully managed for heart failure.

For people who care for these patients, the fire is lit under them to try and find something that will improve outcomes. Ann Bolger

“Conventional medical therapy is powerful, so you really have to understand in these trials that it can be very difficult to show small incremental benefits when people are given the full spectrum of what we know to be very effective therapy,” she said, adding that Chagas cardiomyopathy is often diagnosed late. “The later someone presents and the more established the disease, the more difficult it may be to make a relevant difference in outcomes.”

Even so, the study was able to show that renal denervation is safe in this setting, Bolger said. “It certainly passed this very early barrier of safety—at least in a small study, small number of patients—and that’s a natural precursor, of course, to further investigation.”

Bolger, who was a member of the writing committee for an American Heart Association scientific statement on Chagas cardiomyopathy released last year, underscored the importance of finding something that will work for these patients.

“I know for a fact that the desperation to find useful therapies in Chagas cardiomyopathy is intense in the areas where they see these patients. These patients are often young. They have a very accelerated mortality related to their heart failure over even the first year,” she said. “So for people who care for these patients, the fire is lit under them to try and find something that will improve outcomes.”

As for whether renal denervation should be studied further for heart failure related to Chagas disease, Bolger said, “I think any therapy that might potentially help could be hugely impactful. I think the bigger difference will be, of course, in prevention and detection at earlier stages, and I think that that’s a resource allocation issue. So I certainly think that this would be an excellent patient population to come up with any new therapy that is helpful.

“And then the cost-effectiveness of that of course is something that has to be [considered] in a different conversation,” she continued. “But we can’t have that conversation until we know that it’s helpful.”