Repeat BP Measurements in the Office Are Key, Study Highlights

This is a reminder that relying on a single elevated reading for treatment decisions is not the best way to go, one expert says. 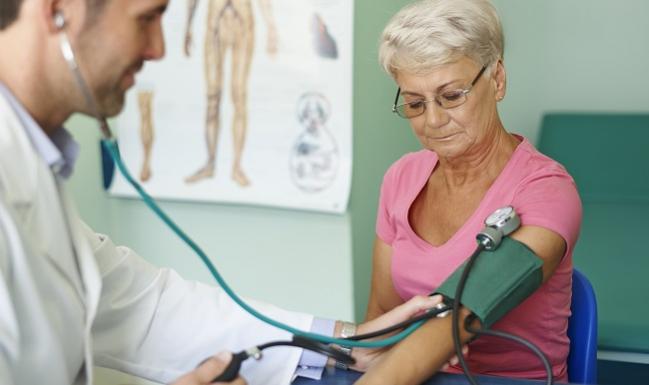 How clinicians respond to an initially elevated blood pressure (BP) value in the office could have major implications for hypertension control in primary care, a new analysis shows.

Among patients who had a measurement repeated in response to a first reading of at least 140/90 mm Hg, the second value was below that threshold in more than one-third (36%), according to researchers led by Douglas Einstadter, MD (Case Western Reserve University at MetroHealth Medical Center, Cleveland, OH).

Moreover, repeating the measurement was associated with an increase in the proportion of patients who were considered to have controlled BP on the final reading (61% to 73%), they report in a research letter published online April 16, 2018, ahead of print in JAMA Internal Medicine.

“While much of the change in systolic BP [from the first to second reading] may be attributed to regression to the mean, the observed decrease remains clinically important, comparable with that associated with addition of an antihypertensive medication,” the authors write.

“As the healthcare system moves toward value-based care initiatives, such as accountable care organizations and shared savings programs,” they continue, “implementing routine repeated measurement for an initially elevated BP may contribute to improved decision-making around hypertension management and should be considered a standard component of programs to improve BP control.”

For the study, Einstadter et al examined data on 38,260 patients with hypertension who were seen in a primary care clinic at MetroHealth, an urban, safety-net hospital system, in 2016. The initial BP reading was high during 39% of visits over that span, and a repeat measurement was taken the vast majority of the time (83% of visits with an initially high reading).

Between the first and second measurements, there was a median drop in systolic BP of 8 mm Hg. The magnitude of the change was greater when the initial systolic BP was higher. The investigators estimated that about two-thirds of the fall in systolic BP between the two readings was due to regression to the mean.

Commenting for TCTMD, Raymond Townsend, MD (University of Pennsylvania, Philadelphia), noted that guidelines have consistently recommended that clinicians should perform at least two and preferably three BP measurements per visit. “That’s been a recommendation from the time Moses brought the 10 of them down from Mount Sinai,” he quipped.

Townsend pointed out, too, that research has consistently shown that first BP measurements are almost always higher than subsequent readings due to what’s called the alerting reflex, basically people reacting to a nurse, doctor, or other healthcare professional walking into the room. That effect gradually goes away with each successive measurement. Also contributing to repeated BP values coming down is that patients have had time to get settled after possibly rushing to make the appointment, he said.

“The letter reminds us of what we should have known in the first place, but it’s just more evidence of the fact that we really need a little overhaul of how we do blood pressures in the US,” Townsend said. “That’s the value of letters like this, to remind us that that second and third blood pressure is important rather than making a decision on one blood pressure that just happens to be above a target or a guideline value.”