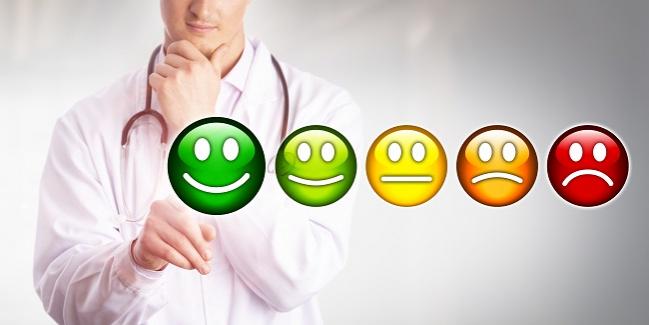 (UPDATED) Given the controversy surrounding short-term mortality as a quality metric for PCI in publicly reported databases, could the use of repeat target-lesion PCI be used instead to identify interventional cardiologists and hospitals that provide either excellent or substandard care?

If short-term mortality doesn’t work, then somebody has to come up with something that does. Edward Hannan

Public reporting of outcomes for patients undergoing PCI remains a hot topic, with some physicians arguing it creates an unintended incentive to not treat high-risk patients. Others point out that public reporting requires considerable time and money. There also is controversy surrounding the use of in-hospital/30-day mortality as a publicly reported metric, with critics claiming it is not specific enough to measure quality of care, said Hannan.

While New York State’s PCIRS database now includes disease-based statistics, such as for acute myocardial infarction, which is one of proposed fixes to public reporting, Hannan said another alternative would be to focus on other outcomes, such as repeat target-lesion PCI. “The idea is that if one needs to go back and redo the target vessel, or the target lesion, it shows that what was actually done fell through and there was a problem with it,” he said. “With mortality, the PCI might not be why the patient died, whereas target-lesion PCI means that something went wrong with the lesion that was dealt with during the [index] PCI.”

In an analysis of 42,182 patients who underwent PCI during a 1-year period in New York State, the in-hospital/30-day mortality rate was 1.30% whereas 1-year rates of target-lesion PCI and target-lesion PCI/mortality were 4.21% and 8.97%, respectively.

The results suggest that 1-year target-lesion PCI is not a duplicative measure of in-hospital/30-day mortality and does provide different information. “If the same hospitals and same cardiologists were identified using 1-year target lesion revascularization, then the conclusion would be what’s the sense of using it,” said Hannan. “We’d be coming up with the same group [of hospitals or cardiologists] to praise or emulate.”

The big question, however, is whether repeat PCI at 1 year is truly flagging quality or something else entirely. “That’s kind of a hard question to answer,” continued Hannan. “One of the issues is that if you identify hospitals or cardiologists with exceptionally good or bad results, can you attribute that to they way they did things [1 year ago]?”

The type of stent deployed during the index procedure could influence restenosis and repeat revascularization rates at 1 year, for example. Patient compliance with guideline-directed medical therapy also could affect the patients’ predisposition to restenosis, as could access to healthcare following the procedure.

Uncertain If This Is the Right Metric

Rishi Wadhera, MD (Beth Israel Deaconess Medical Center, Boston, MA), who has previously studied public reporting, said it’s important to evaluate different clinical measurements to improve upon publicly reported quality metrics, but also noted that it is uncertain repeat target-lesion PCI moves the field toward better patient care or outcomes. “A large body of evidence shows us that public reporting of PCI mortality has led to risk-aversive behavior that may be harmful to critically ill patients,” he said. “A repeat target-lesion PCI metric doesn’t fix that fundamental issue and may actually worsen it.”

“Mortality is a flawed metric because many of the attributes that contribute to PCI mortality have nothing to do with the quality of the PCI,” he told TCTMD via email.  “I, for one, have never proposed using repeat PCI as an alternative because it also would a priori seem to be flawed. Yes, there are components of the index PCI that can impact the rate of restenosis, such as adequate lesion selection, lesion preparation, stent sizing, use of imaging, etc, but there are many other known predictors of repeat PCI that will have nothing to do with the index PCI as well.”

Additionally, the need for repeat PCI can be a subjective measure, said Kirtane. The patient is referred back to the cath lab and the treating interventionalist needs to determine if it warrants repeat PCI (there is also the possibility of referral to CABG surgery). “None of these factors are captured by this metric,” he said. “So I would agree with the authors that this metric has limitations,” he said. “But the fact that an alternative metric seems to fail doesn’t exonerate the use of publicly reported mortality as a poor quality metric.”

To TCTMD, Hannan said he doesn’t have an opinion one way or the other about using target-lesion PCI as a metric for procedural quality. “If short-term mortality doesn’t work, then somebody has to come up with something that does,” he said. “We can’t say that nothing matters. If nothing matters, does that really mean we can just flip a coin in terms of deciding which hospital to go to, or which interventional cardiologist to go to? That’s certainly not true with other procedures and other medical conditions.”

For Wadhera, a disease-based approach—such as MI mortality—for public reporting makes more sense as it eliminates the incentive to avoid high-risk cases. “To fairly assess quality of care, we need to know what happens to a patient with a heart attack, even if they aren’t treated with PCI,” he said. “Unfortunately, current PCI-centered metrics provide us with an incomplete picture of care.”

ISCHEMIA Countdown Begins, but a ‘Black-and-White’ Answer Is Uncertain