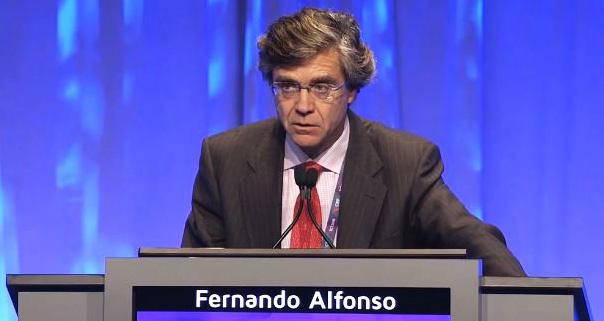 WASHINGTON, DC—Use of the Absorb bioresorbable vascular scaffold (BVS; Abbott Vascular) appears to be a safe and effective option for the treatment of in-stent restenosis, but acute and late angiographic findings from a small study suggest that the “disappearing” stent does not perform as well as the Xience everolimus-eluting metallic stent (Abbott Vascular).

Presented last week at TCT 2016 in Washington, DC, the RIBS VI study tested the theoretical advantages of using a second stent that would dissolve within approximately 3 years in patients with a restenosis of a bare-metal or drug-eluting stent. While the Absorb stent would disappear over time, the long-term advantages of such an approach are untested and not without hazards, especially in light of new data from ABSORB II which took many interventional cardiologists by surprise, say experts.

RIBS VI included 141 patients with symptomatic in-stent restenosis who received treatment with the Absorb stent. As part of the multicenter registry study, which was led by Fernando Alfonso, MD (Hospital Universitario De La Princesa, Madrid, Spain), the historical comparator arm included 498 patients with bare-metal and drug-eluting in-stent restenosis enrolled in RIBS IV and RIBS V who had been treated with a drug-coated balloon (SeQuent Please, Braun) or an everolimus-eluting stent.

At 9 months, the in-segment mean lumen diameter of patients treated with Absorb was 1.87 mm, a difference that was not statistically different than the 1.88 mm observed among individuals who received a drug-eluting balloon. For patients given a Xience stent, the mean lumen diameter was 2.16 mm, which was significantly larger when compared with the Absorb-treated patients (P < 0.001). Similar findings were observed for in-lesion mean lumen diameter.

Hill, who was not involved in the study but commented on the trial during a press conference where the results were announced, said the selection of BVS in this patient population has a “practical appeal,” that being the disappearance of the Absorb stent from within the first stent once restenosis has been treated, but he’s wary of the practicalities. For example, implantation with Absorb is trickier than with drug-eluting stents and requires adjunctive imaging, either with intravascular ultrasound or optical coherence tomography (OCT). QCA, said Hill, is unlikely to be the best way to select patients for the Absorb stent.

At 1 year, there was one case of definite/probable stent thrombosis among patients who received the Absorb BVS. Rates of acute MI, target lesion revascularization, and target vessel revascularization were 2.8%, 11.3%, and 13.5%, respectively. In total, 97% of patients with in-stent restenosis treated with Xience were free from TLR at 1 year compared with 89% of patients who received Absorb or the drug-eluting balloon.

For Christopher Metzger, MD (Wellmont CVA Heart Institute, Kingsport, TN), the study is simply too short in duration. Only long-term studies will show a definitive advantage of the Absorb stent, including for the treatment of in-stent restenosis, given its design and slow resorption rate, he said.

“The only way that BVS is going to win in this setting is with long-term follow-up, where it goes away and you don’t have two stents in there,” he said. “At 1 year, there’s no way it wins, because it has thicker struts and all the things that you’re looking at—late lumen loss and acute gain—are going to be less, by definition.”

Regarding clinical follow-up, William Gray, MD (Lankenau Heart Institute/Main Line Health, Wynnewood, PA), stressed the importance of not making definitive conclusions based on the results of RIBS VI, a registry study. He noted that drug-coated balloons work well in the setting on in-stent restenosis and are inexpensive, although they are not yet available for use in the coronary arteries in the United States. The Xience stent also performs quite well, Gray added. At the moment, he said, there are data suggesting Absorb might have some late-term issues.

Alfonso acknowledged that the use Absorb BVS for in-stent restenosis remains an open question, noting researchers have not identified a specific patient who might have a particular advantage with Absorb. All that’s known right now, he said, is that initial results are “favorable” and that operators achieved good technical results placing the bulkier stent within an existing bare-metal or drug-eluting stent.