People in the region face a “double whammy” of worsening CV risk factors and, in some parts, ongoing violence. 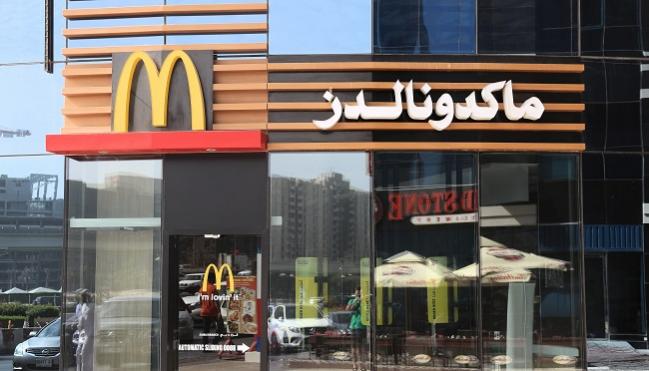 DUBAI, United Arab Emirates—The eastern Mediterranean region, which incorporates a diverse group of countries in the Middle East and northern Africa, already has a big problem with cardiovascular disease, but it’s expected to worsen in the coming decade due to a combination of increasing risk factors and, in some areas, ongoing political instability and violence.

That message came through clearly in numerous presentations last week here at the 2018 World Congress of Cardiology & Cardiovascular Health.

Over the past 30 years, this region has seen a shift from primarily having to worry about communicable diseases to figuring out how to deal with a rise in noncommunicable diseases like CVD. Globalization and urbanization have resulted in lifestyle changes, with people becoming more sedentary and eating unhealthier diets, helped by the spread of fast food chains. As a consequence, there is a heavy burden of traditional cardiovascular risk factors, including obesity, hypertension, physical inactivity, diabetes, and high cholesterol. Smoking is a growing problem as well.

Compounding the problem are war and conflict in many countries in the region, rendering governments—some of which already lack sufficient resources to fight CVD and other diseases—incapable of providing stable healthcare services for their people.

That “double whammy”—as Jagat Narula, MD, PhD (Icahn School of Medicine at Mount Sinai, New York, NY), chair of the World Congress program committee, described it—means the eastern Mediterranean region is likely to see a dramatic increase in CVD over the next decade.

In one presentation, Ali Mokdad, PhD (University of Washington Institute for Health Metrics and Evaluation, Seattle), highlighted the concerning trends in cardiovascular risk factors in the Middle East and North Africa between 1990 and 2017, using data from the Global Burden of Disease study. During that time, noncommunicable diseases became increasingly important causes of death, with communicable diseases falling back, and a host of cardiovascular risk factors became more prevalent.

“There is an urgent need for a comprehensive approach to reduce the burden of cardiovascular diseases, noncommunicable diseases,” he said. “And our best bet in this region is to address risk factors [such as] systolic blood pressure, diabetes, body mass index, physical activity, and diet.”

Bringing Prevention Messages to the People

A major impediment to that effort, according to Akshaya Bhagavathula, PharmD (United Arab Emirates University, Abu Dhabi), who is studying for a PhD in CVD risk and outcomes, is the widespread lack of awareness of cardiovascular risk factors in the region. And even when people are aware of their risk factors, these factors are poorly controlled.

Efforts are being made to remedy the situation, Bhagavathula said, pointing to a variety of initiatives undertaken in recent years to bring the public’s attention to the importance of reducing risk factors to stave off the development of CVD.

In the United Arab Emirates, he said, the government has undertaken a variety of initiatives to raise awareness of CVD, including national drives on the importance of early screening, physical-fitness campaigns, and health promotion in schools.

There were also some activities coinciding with the World Congress. Just prior to the meeting, the Dubai Health Authority (DHA) held a bicycle relay to raise awareness about the benefits of regular exercise. And on the second day of the meeting, the “See the Emergency in Cholesterol” awareness campaign from the DHA, the Emirates Cardiac Society, the World Health Foundation, and Amgen involved free cholesterol screenings and the airing of a 3-minute video—which underscored the importance of early screening of risk factors to prevent CVD and highlighted the link between high LDL cholesterol and heart disease—on the exterior of the Burj Khalifa, the world’s tallest building.

A rapid increase in cardiovascular disease burden across the Middle East/Northern Africa has been projected for the next decade, with corresponding increases in mortality. Ahmed Gabroun

Another ongoing campaign in the region is Feel the Beat, which is conducted in collaboration with the American Heart Association’s Go Red for Women and the Emirates Cardiac Society. As part of that effort, women at shopping malls are screened for and educated about cardiovascular risk factors.

This year’s effort involved 15 malls in the United Arab Emirates and eight across Bahrain, Oman, Egypt, and Lebanon. After more than 11,000 women were screened, researchers found that risk factors like diabetes, hypertension, and hyperlipidemia are “underdiagnosed, undertreated, and—if treated—they are poorly controlled,” said Ahmed Gabroun, MBBCh (Mohammed Bin Rashid University of Medicine and Health Sciences, Dubai), in a presentation during a day-long session focused on heart disease in women.

“A rapid increase in cardiovascular disease burden across the Middle East/Northern Africa has been projected for the next decade, with corresponding increases in mortality,” Gabroun said. “Public awareness, like the campaign we have going, of the cardiovascular risk factors, as well as signs and symptoms, must be improved.”

Moreover, he said, “cost-effective preventive strategies such as smoking cessation, salt intake reduction, access to affordable medication, as well as access to cardiac rehabilitation facilities . . . should be widely supported.”

To that last point, making cardiac rehabilitation available to patients who have not been successful in controlling their risk factors and preventing the development of CVD represents a challenge in the eastern Mediterranean region.

In one study, Karam Turk-Adawi, PhD (Qatar University, Doha), and colleagues showed that cardiac rehab, which has been shown to reduce cardiovascular morbidity and mortality by 20%, was available in only 12 of 22 countries (55%) in the region, with more than two-thirds of total programs in Iran. Using ischemic heart disease as a proxy for overall CVD, the researchers estimated that there was only one spot in a cardiac rehab program for every 104 patients in the Middle East and North Africa, compared with one spot for every 12 patients globally. Overall, that means there are more than 2 million patients with an unmet need for cardiac rehab in the region without even considering other indications, like heart failure.

“There is a need for secondary prevention programs or strategies to mitigate the reduced quality and quantity of life among patients with cardiovascular diseases,” Turk-Adawi told TCTMD.

Improving capacity will require a variety of approaches, she said, including advocacy, automatic referral, task shifting from physicians to nurses and other allied health professionals, incorporation of cardiac rehab into the medical curriculum, use of alternative community- and home-based—as opposed to hospital-based—approaches, and changes to how programs are funded.

“In our region, there is a need for public funding as most of the programs were funded by multiple sources—private and public—[in which the] patient paid out of pocket in 75% of the programs, whereas in other countries most programs were publicly funded,” Turk-Adawi said.

A Call for Help

More generally, cooperation across countries will be needed to help slow the growth of CVD and eventually start to reverse it. “At the regional level, I think we should have collaboration among countries and we should address cardiovascular disease risk factors before establishment of the disease,” Turk-Adawi said.

Achievement of the World Health Organization’s targets for risk factors like smoking, physical activity, alcohol consumption, and diet will be important, she said, noting that it has to be done at a regional level. Trying to implement regulation to cut down on smoking in one country, for example, won’t work unless countries that share borders make similar efforts.

Once initiatives are undertaken to start addressing various risk factors a surveillance system will be needed to regularly monitor progress and to see if the efforts are working, Turk-Adawi added.

The best intervention is to stop the violence. Ali Mokdad

Narula made it clear that any efforts to reduce the burden of CVD and its risk factors in the region would need to deal with the political turmoil in the region, of which chronic diseases are a “clear side effect.” People exposed to shock and stress, he said, are less likely to stop smoking, seek medical care, or eat a balanced diet. There is also some evidence that stress has direct adverse biological effects as well.

To highlight the importance of ending war and violence if any progress is to be made in stemming the increase in CVD in the region, Narula referred to a 2017 news story in Nature, in which Mokdad said a significant improvement in chronic disease burden is not likely in areas with ongoing conflict. “People are resilient, and I am optimistic that the medical sectors can rebuild themselves, but I am pessimistic because there is no end in sight to the war,” Mokdad told Nature. “The best intervention is to stop the violence.”

“I really look forward to the day,” Narula said, “when we would all be able to establish peace.”