Clinicians need to be acutely conscious of the potential risks, especially when doubling up on antithrombotics, one expert says. 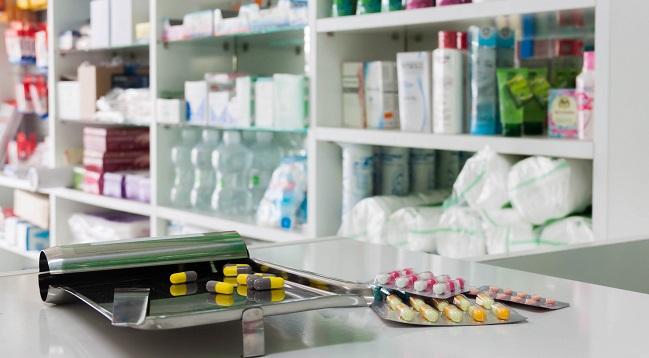 The incidence of subdural hematomas is increasing, especially in people 75 and older, with the trend occurring at the same time as antithrombotics are being used more frequently, a Danish study shows.

Using two antithrombotics at the same time seems to be most detrimental, with the highest risk of subdural hematoma seen in patients prescribed both a vitamin K antagonist (VKA) and an antiplatelet, lead author David Gaist, MD, PhD (Odense University Hospital, Denmark), and colleagues report in a study published in the February 28, 2017, issue of the Journal of the American Medical Association.

“The present data add one more piece of evidence to the complex risk-benefit equation of antithrombotic drug use,” Gaist told TCTMD in an email, adding that “it is important to emphasize that it is known that antithrombotic drugs result in net benefits overall in patients with clear indications for their use.

“Having said that, our results do highlight the potential for untoward effects of this group of drugs, particularly warfarin, and warfarin combined with antiplatelet therapy (eg, low-dose aspirin or clopidogrel),” he continued. “Physicians should therefore be vigilant with regard to prescribing antithrombotic drugs on clear indications and may further wish to make sure that aggressive and complex antithrombotic treatments are not used for longer periods than clearly indicated.”

For the study, the investigators examined Danish national and regional population-based data incorporating 10,010 patients ages 20 to 89 with a first-ever subdural hematoma between 2000 and 2015. The patients were matched by age, sex, and calendar year to 400,380 individuals from the general population.

Of the patients with subdural hematoma, 47.3% were taking antithrombotic medications, which included low-dose aspirin, clopidogrel, VKAs, and non-VKA oral anticoagulants (NOACs). The national prescription registry did not include information on indications or prescribed doses.

Patients with subdural hematoma were more likely than controls to be current users of all types of antithrombotic agents:

The relationship between antithrombotic use and subdural hematoma risk was stronger for fatal versus nonfatal events.

Of note, the 30-day mortality rate after subdural hematoma declined in patients younger than 75 but not in the older age group, where it remained relatively unchanged.

Gaist said that greater use of antithrombotics provides a convincing explanation for the increase in the incidence of subdural hematoma. Potential alternative reasons for the rise include increasingly rapid and easy access to brain imaging and a lower threshold for ordering brain scans, but Gaist did not put a lot of weight into those possibilities.

”Our data indicate such alternative scenarios to be less likely for patients aged 75-plus years, where the major increase in subdural hematoma incidence was observed,” he said. “For instance, short-term mortality (30-day case-fatality) in this age group remained stable over the study period, a finding not likely to be associated with increased detection of milder cases. Further, analyses of more detailed clinical and brain imaging data, available for more than 900 patients in this study, did not support the notion of a lower threshold for scanning patients on antithrombotic drugs.”

Riskier Situation in the United States?

Commenting on the study for TCTMD, Helmi Lutsep, MD (Oregon Health & Science University Stroke Center, Portland), said that it is not surprising to see an association between greater use of antithrombotics and increasing incidence of subdural hematoma, adding that this is one factor to consider when weighing the risks and benefits of therapy for individual patients.

“We need to be very conscious of the potential risks, especially when we double up on our antithrombotics,” she said, pointing out, however, that “sometimes it just can’t be helped, partly because our procedures have become more complex over time.”

As an example, she described a hypothetical patient undergoing PCI after an MI who also has a large thrombus in his or her heart. In that situation, dual antiplatelet therapy is used following stenting and anticoagulation might be added for the thrombus.

“While there may be indications for more aggressive treatment, it should be limited as much as possible,” Lutsep said, stressing that physicians need to be consistent in checking what medications their patients are taking. “It’s easy to have these patients continue through their medical care without people rigorously reviewing their medications each time to see whether there’s anything that can be dropped off.”

She noted that in Denmark, where the study was performed, aspirin is covered by prescription in most patients. In contrast, US patients have over-the-counter access to aspirin and other agents, like nonsteroidal anti-inflammatory drugs (NSAIDs). The implication is that watching for medications that could carry a risk of subdural hematoma is trickier for US clinicians, creating a riskier environment, Lutsep said.

For Carotid Disease Patients, How Physicians Are Paid Affects the Odds of Revascularization