The multicenter, international trial shows this reduction in repeat events is not offset by increased bleeding risk. 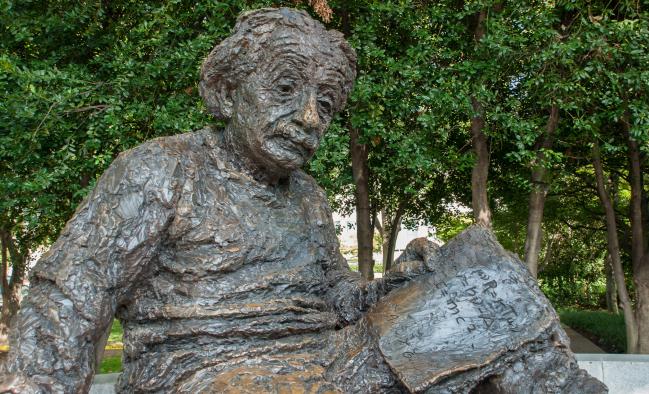 WASHINGTON, DC—In patients at risk for recurrent venous thromboembolism (VTE), rivaroxaban is a better choice for continued therapy than aspirin, with no increased risk of bleeding, according to results from the EINSTEIN CHOICE study.

Risk of recurrent VTE events can be as high as 10% in the first year among patients without reversible risk factors, and while some prior studies have supported the use of warfarin or the novel oral factor Xa inhibitor rivaroxaban (Xarelto; Janssen Pharmaceuticals) for long-term therapy, others have suggested that low-dose aspirin may confer a lower risk of bleeding.

For the international, multicenter EINSTEIN CHOICE trial presented today at the American College of Cardiology 2017 Scientific Session and simultaneously published in the New England Journal of Medicine, researchers led by Jeffrey I. Weitz, MD (McMaster University, Hamilton, Canada), looked at 3,365 patients who were randomized to a once-daily rivaroxaban dose of 10 mg (n = 1,127), or 20 mg (n = 1,107), or 100 mg of aspirin (n = 1,131) for up to 12 months. Prior to randomization, patients had completed 6 to 12 months of initial anticoagulation therapy and had clinical equipoise for continued anticoagulation with either therapy. Approximately 40% had an unprovoked index event.

Presenting the findings at the meeting, study co-investigator Philip S. Wells, MD (University of Ottawa and Ottawa Hospital, Canada), reported that at a median of 351 days, major bleeding was similar between the 10- and 20-mg rivaroxaban groups and aspirin (0.5%, 0.4%, and 0.3%, respectively). However, both rivaroxaban groups had lower rates of recurrent VTE—the study’s primary endpoint—compared with aspirin, equating to an estimated relative risk reduction of about 70% (1.2% and 1.5% vs 4.4%).

According to the study authors, the number-needed-to-treat (NNT) to prevent a single episode of fatal or nonfatal recurrent VTE without increasing the risk of bleeding is 33 for up to 12 months at a dose of 20 mg of rivaroxaban, or 30 at the 10-mg dose. The study was not powered to detect differences between the two rivaroxaban doses.

“The results were consistent across subgroups . . . there really are no signals of [the main findings] being different in any subgroup,” Wells said during his presentation.

Wells and colleagues say preventing recurrences is of particular importance given the case-fatality rate, which is twice as high at 30 days as deep-vein thrombosis.

Wells agreed that the small numbers of black patients studied thus far is a potential limitation, since there is a high rate of recurrence in that group. The EINSTEIN CHOICE population was about 5% black, he added.

Extension of Therapy Seen as Justifiable

In an editorial accompanying the study, Mark A. Crowther, MD (McMaster University, Hamilton, Canada), and Adam Cuker, MD (University of Pennsylvania, Philadelphia), say the findings suggest that clinicians now have “good-quality evidence” to support long-term preventive therapy with rivaroxaban beyond the initial 3-month period. This could be considered, they add, in those with provoked VTE at average risk for bleeding, who are strongly averse to having another episode.

“In light of the safety profile of low-dose rivaroxaban, the benefit of this strategy does not need to be large in order to justify the extension of therapy,” Crowther and Cuker write. They add that the EINSTEIN CHOICE trial “suggests that it would be helpful to evaluate the effect of reduced doses of rivaroxaban within 6 months after an episode of venous thromboembolism.”

But the editorialists caution that the results cannot be extrapolated to patients with an unequivocal indication for long-term anticoagulation therapy, who were excluded from the trial. They also note that for those unable to afford direct oral anticoagulant agents, adjusted-dose warfarin is still “an acceptable alternative for long-term secondary prevention of venous thromboembolism.”

To TCTMD, Wells echoed issues raised by the editorialists, noting that all the NOACs are approved for extended therapy in VTE, but the cost combined with gaps in physician knowledge may explain why so many patients who need extended therapy are not getting it.

“To me the data are clear that patients who have unprovoked VTE definitely all need extended treatment unless we can identify a very high risk bleeding group,” Wells observed. “In patients who have a provoked event and other risk factors, I think it’s clear that the bleeding risk is so low that we should start seeing more of those patients getting extended therapy. Even though the NOACs are relatively new, we’ve had them for quite a while, and with more and more data, including our study, coming out about real-world safety and use, I hope physicians are getting more comfortable with using them in these patients.”

SPIRE 1 and 2: Support for PCSK9 Inhibition but Not Bococizumab

More NOAC Comparisons See Higher Bleeding Risk With Rivaroxaban: Is the ‘Writing on the Wall’?