More than four out of 10 patients in DEFINE REAL were treated differently after physiology tests: a reminder to physicians to resist using “eyeballs” alone. 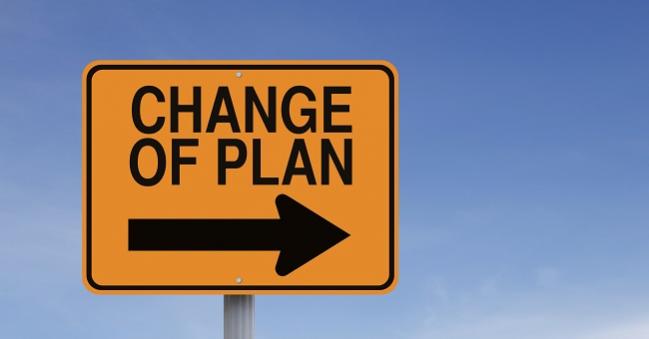 Performing invasive physiology assessment routinely at the time of angiography reclassifies the treatment approach in a large proportion of patients with two- or three-vessel coronary disease, the multicenter, prospective DEFINE REAL study shows.

The reclassification rate increased along with the number of vessels investigated, reaching 66.7% when all three major arteries were evaluated, they report in a study published online ahead of the February, 26, 2018, issue of JACC: Cardiovascular Interventions.

The findings, which were initially presented at EuroPCR 2016, are consistent with prior studies—including the R3F registry study, RIPCORD, and POST-IT—conducted in patients who predominantly had single-vessel disease. DEFINE REAL is the first invasive physiology study focusing on patients with multivessel disease, Van Belle told TCTMD.

Of note, the study did not address whether the change in management resulting from physiology tests led to improved patient outcomes.

When asked about the added expense of performing FFR and iFR routinely, Van Belle noted that the tests do not cost that much—about 200 to 400 Euros—in the context of angiography and possible revascularization, especially “if you consider that you change a big decision—that is, to do PCI or medical treatment or CABG—in four out of 10 patients.”

Commenting for TCTMD, Bina Ahmed, MD (Dartmouth-Hitchcock Medical Center, Lebanon, NH), said the study “should really push us to resist the urge to just use our eyeballs to make an assessment of how severe a stenosis is on angiography alone, especially for stable disease.”

Although clinicians have been hesitant to perform iFR or FFR in patients with multivessel disease, she added, the study should serve as an additional reminder “that it does make a difference to how we appropriately manage these patients.”

Cost and added time come into play when considering greater use of invasive physiology, Ahmed acknowledged, “but I think if the goal is to appropriately treat the patient then time and cost are important but they can’t be the primary driver. I think clinicians in 2018 should put the patient at the center of the equation and work from there as opposed to using cost and time as their primary deciding points.

“Obviously for 30 years we’ve been using angiography alone as our gauge for what to treat and what not to treat,” she continued, “but I do think it’s time to add more weight and evidence to that treatment decision.”

High Reclassification Regardless of Prior Noninvasive Testing

The DEFINE REAL study, conducted at 18 centers in nine countries in Europe and the Middle East, included 484 patients undergoing diagnostic angiography who had multivessel disease based on visual assessment; 73.3% had two-vessel disease and 26.7% had three-vessel disease. Most (82.2%) were clinically stable. Lesions were considered intermediate based on median percent stenosis (60%), FFR (0.84), and iFR (0.92).

Investigators selected an initial management strategy based on angiographic and clinical information alone and then determined whether a change should be made based on additional invasive physiology measurements. About one-third of the patients underwent iFR-driven assessments, with the rest undergoing FFR-driven assessments.

At the vessel level, the information obtained with iFR and FFR reclassified the treatment approach in 29.6%; the reclassification rate at the patient level was 26.9%. The shifts in plans increased use of medical therapy or CABG and modestly decreased use of PCI.

Overall management—combining changes at the patient and procedural level—was modified in 45.0% of patients.

Reclassification rates were high regardless of which treatment approach was chosen initially and whether noninvasive tests were performed before angiography. The latter finding is consistent with prior studies, the authors point out.

“Because the add-on diagnostic value of noninvasive tests has been challenged and because, as reported many times in large nationwide cohorts, noninvasive tests are performed in only 50% of patients referred for elective coronary angiography, this reinforces the concept of using invasive physiology at the time of angiography as a one-stop shop aiming to shorten the decision process to the patient’s benefit and to reduce the additional costs related to the performance of pre- or postprocedural noninvasive tests,” they write.

The researchers evaluated the impact of an iFR-driven—versus FFR-driven—evaluation, and found that these procedures were associated with fewer adverse symptoms, investigation of more vessels, and a higher overall management reclassification rate (57.5% vs 39.9%).

“These observations demonstrate some of the theoretical advantages of incorporating iFR as part of the invasive physiology approach (ie, because it does not require a hyperemic agent, the risk of minor side effects is decreased, enabling physicians to explore more vessels and therefore identify more opportunities for changes in revascularization strategy),” Van Belle et al write.

The study, however, cannot be used to conclude that one modality is better than the other, Van Belle said: “What we can claim based on this study is that you have to do at least one of the two and you have to use it routinely in a broad fashion.”

Ahmed agreed that the findings cannot be used to favor iFR over FFR or vice versa, noting that last year DEFINE-FLAIR and iFR-SWEDEHEART showed that using iFR to guide revascularization decisions in intermediate lesions was noninferior to FFR guidance in terms of 1-year MACE risk.

What About Clinical Outcomes?

In an accompanying editorial, Bon-Kwon Koo, MD, PhD (Seoul National University Hospital, Korea), notes that five studies investigating treatment changes occurring after invasive physiologic testing, including DEFINE REAL, cannot provide a direct answer about whether reclassification has an effect on patient outcomes. He adds, however, that findings from other studies suggest that routinely incorporating iFR or FFR will have a positive impact.

“Taken together, these data clearly demonstrate the clinical benefits derived from pressure wire assessments, underscoring that the pressure wire should be used routinely in the process of disease assessment and treatment strategy selection for patients with coronary artery disease,” Koo writes. “The challenge, then, is how to fill the gap between the ideal and the real, and to incorporate this valuable clinical asset for the patients we treat every day.”

Ahmed agreed, saying, “For the majority of stable lesions it should be—I don’t want to use the word mandated—but it should be expected that there is some associated physiologic assessment of the lesion prior to committing the patient to treatment.”