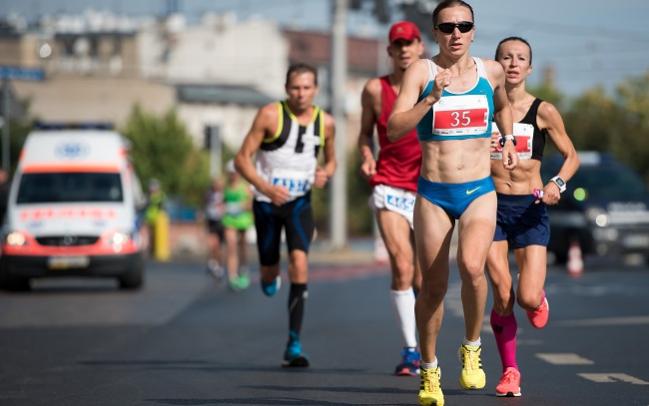 Most of the research around cardiovascular events and endurance sports has focused on the athletes themselves, but a new paper published this week is sounding the alarm for cities who host marathons and about the risks these might pose for non-competitors who experience cardiac events.

According to a new study, patients hospitalized for acute MI or cardiac arrest on days when major marathons are taking place face significantly longer transport times and higher 30-day mortality than they would on non-marathon days.

“Large public events may disrupt access to timely medical care for both participants and nonparticipants of these events,” Anupam Bapu Jena, MD, PhD (Harvard Medical School, Boston, MA), and colleagues write in a special article published this week in the New England Journal of Medicine. “Our study suggests that a citywide strategy for emergency medical preparedness should consider the risks not only to event participants but also to others whose care may be delayed.”

Contacted by TCTMD, Jena said he was surprised by the magnitude of the difference. “We found that for every 100 people hospitalized with AMI or cardiac arrest, an additional four would die if they had that cardiac event on the day of a marathon,” he said in an email. “That magnitude is larger in clinical terms than the clinical benefits of many cardiovascular drugs and interventions.”

Jena et al set out to look specifically at whether road closures and infrastructure disruptions that occur during major marathons in US cities influence access to care for those living in areas affected by marathon routes. The analysis looked specifically at Medicare beneficiaries who experienced acute MI or cardiac arrest on the race days of the 11 largest urban marathons in the US. Their outcomes were compared with patients hospitalized on the same day of the week in the 5 weeks before and after the marathon, as well as with patients hospitalized on the same day as the marathon but in neighborhoods unaffected by the marathon route.

Investigators found that while the daily frequency of hospitalizations, and the clinical characteristics of those hospitalized, were similar on marathon and non-marathon days, patient outcomes were not. Ambulance transfer times were 4.4 minutes longer in the marathon-affected areas, at least before noon on marathon dates (but not in the afternoons and evenings). Moreover, 30-day mortality was higher in marathon-affected neighborhoods, 28.2% vs 24.9% (P = 0.01), a difference that persisted after adjusting for relevant covariates including patients with multiple comorbidities.

That magnitude is larger in clinical terms than the clinical benefits of many cardiovascular drugs and interventions. Anupam Bapu Jena

“Taken together, our findings suggest that road closures, diversion of ambulance resources, and ensuing delays in hospital care may explain the higher mortality that we observed among patients with acute myocardial infarction or cardiac arrest who were hospitalized on dates of major marathons,” the authors conclude. The findings suggest that cities should adopt emergency medical preparedness strategies that consider not only the event participants, but others as well.

According to Jena, there was wide variability in the level of awareness across the cities studied as to how their race could have an impact on cardiovascular events occurring in non-competitors.

“Route planning and staffing should explicitly account for the possibility of delays in care,” Jena said. “In some instances, like the Boston Marathon, this may involve staging ambulances on both sides of a marathon route and increasing the number of ambulances. But in instances where the quality of hospitals differs on one side of the marathon route versus another, it's entirely possible that patient outcomes could be worse on average if the hospital destinations change on marathon days.” That’s a reality that needs to be considered and monitored, he said.

“Lastly, public awareness is key,” Jena observed. “In our study, 25% of patients drove themselves to the hospital, and the delays in care that they experienced were likely large and certainly larger than delays that ambulances faced. People with chest pain, shortness of breath, and other symptoms that require acute medical care should call 9-1-1 in general, but certainly on marathon days.”